Nearly 10,000 Fans Voted on a New Color for Kennywood’s Phantom’s Revenge. What is It?

The tracks will be painted after this year’s season concludes. 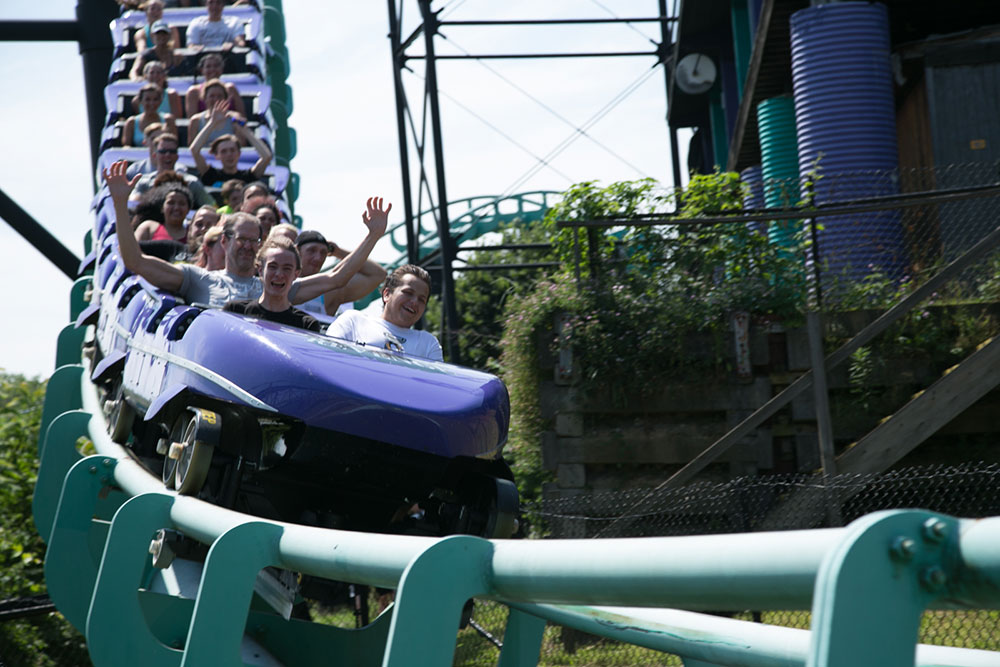 Last week, Kennywood Park asked fans to choose a color for the tracks of its popular coaster — Petrifying Purple or Terrifying Teal. In a prime example of democracy in action, the park announced Friday that the nearly-10,000 voters made their preference “overwhelmingly clear:” Phantom’s Revenge will be painted “Petrifying Purple” after this year’s season ends on Sept. 25. This marks the roller coaster’s first new paint job in 20 years.

The next ride to receive a well-deserved facelift will be the Thunderbolt.

There are only two weekends of regular summer operations remaining before the debut of Kennywood’s new Phantom Fall Fest Halloween event on Oct. 1. It takes the place of the Phantom Fright Night festivities that have been a Halloween staple since 2002. Fall Fest offers expanded park hours so guests can come early before the haunts for a more family-friendly vibe, or stay later into the night for frights aplenty.

Fans are encouraged to visit before Sept. 25 to ride the Thunderbolt before it concludes its 2021 season.

The park also announced that it’s hiring for the Phantom Fall Fest Scream Team with a job fair on Wednesday, Sept. 22, from 5 to 7 p.m. On-site applicants will receive a complimentary treat and will get a look behind the scenes at preparations for Phantom Fall Fest. Wages start at up to $16 per hour, including attendance bonus. Interested applicants can apply online as well as attend the Sept. 22 job fair.