Should the Phantom's Revenge tracks be painted Petrifying Purple or Terrifying Teal? 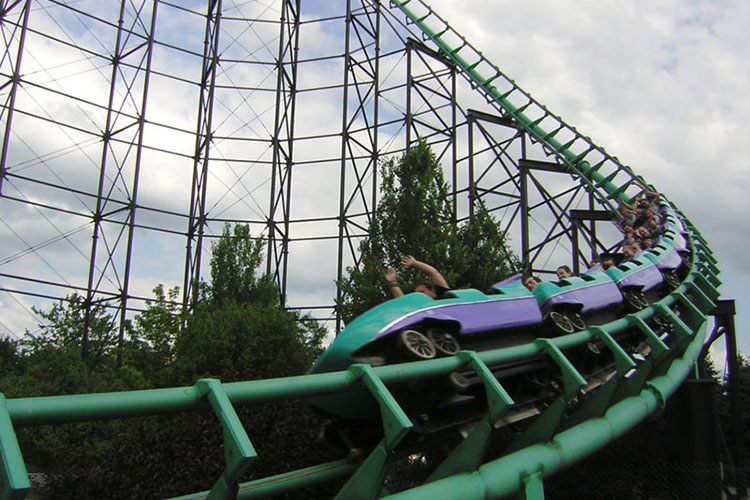 A beloved behemoth at Kennywood Park is getting a makeover, and the park wants your help in deciding what it should look like.

The daunting descent of Phantom’s Revenge has been a staple of Kennywood’s skyline since it debuted in 2001, and on Monday, the park announced that it’ll be repainted during this year’s off-season. While the ride’s support beams will remain its signature black, Kennywood wants you to select the color for the tracks: Petrifying Purple or Terrifying Teal.

Voting is open on the park’s website until the end of Wednesday, Sept. 8. As of Tuesday morning, Petrifying Purple has received 73% of the votes. Terrifying Teal lags behind with 27%.

The coaster opened in 1991 as Steel Phantom, which at the time was the fastest and steepest roller coaster in the world. It was also the first hyper roller coaster to feature inversions, with a vertical loop, a batwing (a heart-shaped design that flips riders upside down twice) and a corkscrew. In March 2000, the park announced Steel Phantom would close at the end of the season. The following year, the ride reopened — without inversions — as Phantom’s Revenge. While most of the Steel Phantom was ripped out and rebuilt, its original lift hill, biggest drop and brake run remain.

The new paint job will be the first major update to the Phantom in two decades. The new tracks will debut in 2022 with whichever color collects the most votes.