This well-known septuagenarian is often spotted leading line dancing all over town. 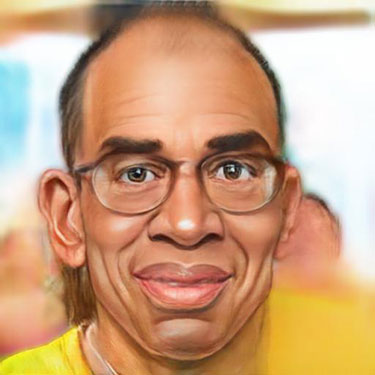 If you frequent music festivals, street parties, outdoor markets or wellness events, you’ve likely seen him — the energetic septuagenarian leading crowds in line dancing. It was a calling that came late for Roland Ford, a retired caseworker who was born in the Hill District. After he observed line dancing at a church in 2006, he demonstrated the moves to some ladies interested in the dance steps at the Homewood-Brushton YMCA; soon, a new career took off. August is shaping up to be the busiest month yet for the “young” 73-year-old. So, we wanted to know: What’s Roland Ford’s Best of the ’Burgh? 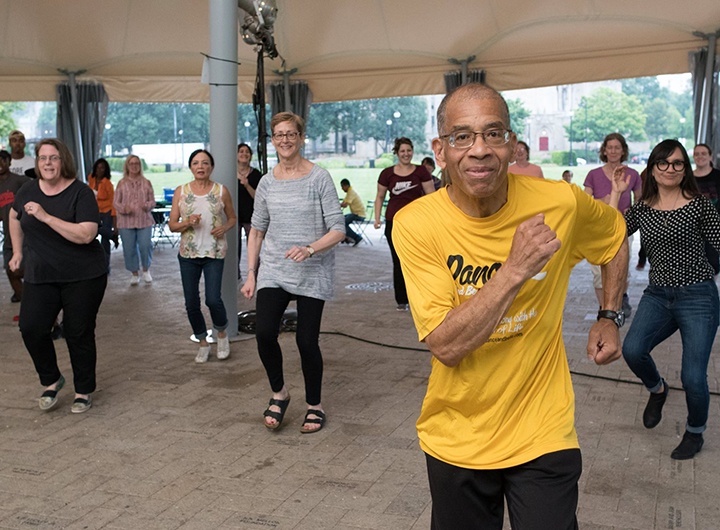 What’s your Pittsburgh “hidden gem,” a place that you love that doesn’t get the attention it deserves?
“The trails in the parks, along the three rivers. They get you out in nature; you’re in the city but it’s kind of like you’re away from the city. All these amazing green spaces.”

If you could only eat one local meal for the rest of your life, what would it be?
A plant-based shake from Vibe Bellevue

If Pittsburgh had a theme song, what would it be?
“Stronger,” a song by Pittsburgh native Lytia S. Brock, whose stage name is Tinna James. “It has a very positive message and represents Pittsburgh: steel, iron, strength, the ability to meet challenges.”

What’s the annual tradition that you wait for every year?
“First Night on New Year’s Eve. I’ve done that for 14 years. I’m on the Main Stage three times, leading line dances.”

You get one Incline ride with any Pittsburgher, living or dead. Who is it?
August Wilson

Favorite Pittsburgh appearance in a movie or on television?
“I was on the ‘Mister Rogers’ show when I was 6 years old. I created a line dance to his song, ‘It’s Such a Good Feeling to Know You’re Alive.’ We do it all the time. We do it for Be My Neighbor Day. We do this a lot.”

What’s your unpopular Pittsburgh opinion? What is something you think about the city (or a famous aspect of it) that won’t win you any friends?
“In a general sense, there are individuals, families and communities underserved. We need to do a much better job of providing access, inclusion and equity for those individuals, families and communities.”

If you could bring back one Pittsburgh place or restaurant that’s no longer there, which would you pick?
“We used to do a lot of events and things at C.J.’s in the Strip. It’s gone.”

This article appears in the August 2022 issue of Pittsburgh Magazine.
Categories: Best of the ‘Burgh