My Best of the ‘Burgh: Mikey Hood

As the lifestyle and entertainment host on KDKA’s “Pittsburgh Today Live,” Pittsburgh native Mikey Hood has a finger on the pulse of the city. 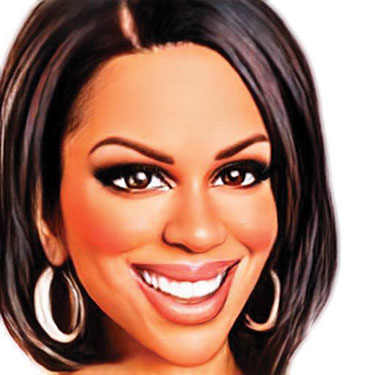 Hood’s lifelong love for TV news is plain not only in her work on PTL, but in her other projects as well — among them, an online show called “PghSpot” and a live show called “Neighborhood Conversations,” where she transforms local businesses into a broadcast studio for a day and interviews local legends in front of a live studio audience. So, we wanted to know:  What’s Mikey Hood’s Best of the ’Burgh?

What’s your Pittsburgh “hidden gem,” a place that you love that doesn’t get the attention it deserves?
Glenshaw’s Falls Run Park. “It’s such a scenic hiking trail, with a surprise waterfall at the end.”

If you could only eat one local meal for the rest of your life, what would it be?
“I can’t pick one! Fresh salmon from Eleven, pepperoni pizza from Iron Born Pizza, ribs from the Showcase in Homewood …”

If Pittsburgh had a theme song, what would it be?
“Thank You For Being a Friend” by Andrew Gold

What’s the annual tradition that you wait for every year?
Downtown summertime concerts

Favorite Pittsburgh appearance in a movie or on television?
“The Dark Knight Rises” and “The Silence of the Lambs”

What’s your unpopular Pittsburgh opinion? What is something you think about the city (or a famous aspect of it) that won’t win you any friends?
“I love Heinz ketchup — just not on my hotdog.  And I’d never just buy a pickle to eat, even at Picklesburgh.”

Where’s the first place you take out-of-town guests?
“To the Strip District on a Sunday morning, then to The Commoner for brunch.”

You get one Incline ride with any Pittsburgher, living or dead. Who is it?
Fred Rogers or Teenie Harris

If you could bring back one Pittsburgh place or restaurant that’s no longer there, which would you pick?
“Eat’n Park in Squirrel Hill. It’s where I got my first job as a waitress — and you could get pancakes and eggs at 2 a.m.!” [Hood had a second vote: The Original Hot Dog Shop in Oakland.]

This article appears in the September 2022 issue of Pittsburgh Magazine.
Categories: Best of the ‘Burgh