My Best of the ‘Burgh: Chrissy Costa

The Pittsburgh native comedian shares her thoughts on Pittsburgh's hidden gem, a theme song for the city, her favorite annual tradition and more. 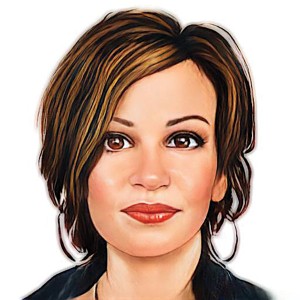 Comedian Chrissy Costa was born and raised in East Liberty. She honed her stand-up chops at Second City in Chicago and, since 2011, has entertained audiences with her acerbic wit and giant earrings. Costa, 35, regularly performs at Arcade Comedy Theater, Downtown, and on The Burgh Bus, a 40-foot, 15-ton rolling comedy club that offers laugh-filled tours of the city. So, we wanted to know: What is Chrissy Costa’s Best of the ’Burgh?

What’s your Pittsburgh “hidden gem,” a place that you love that doesn’t get the attention it deserves?
“The Manor [Theater] in Squirrel Hill, where a girl can sneak away, watch a good movie and eat loads of popcorn while having a cocktail or three in a dark and cozy theater.”

If you could only eat one local meal for the rest of your life, what would it be?
“I may have single-handedly kept Thai Cottage [in Regent Square] in business during the early stages of the pandemic.”

If Pittsburgh had a theme song, what would it be?
“Black and Yellow” by Wiz Khalifa or “Renegade” by Styx

What’s the annual tradition that you wait for every year?
Bloomfield’s Little Italy Days — “even though it’s not very ‘Italian’ anymore. It’s still fun to eat French fries and egg rolls with friends and family.”

Favorite Pittsburgh appearance in a movie or on television?
“The Perks of Being a Wallflower”

What’s your unpopular Pittsburgh opinion? What is something you think about the city (or a famous aspect of it) that won’t win you any friends?
“I believe, like all of us, Mister Rogers probably had a darker side.”

If you could bring back one Pittsburgh place or restaurant that’s no longer there, which would you pick?
“The Crawford Grill — and Dowe’s on 9th. I used to go there with my mom for good food, music and people.”

This article appears in the October 2022 issue of Pittsburgh Magazine.
Categories: Best of the ‘Burgh