Hulu's action fantasy is thin, but it might be the perfect watch for a lazy holiday weekend. 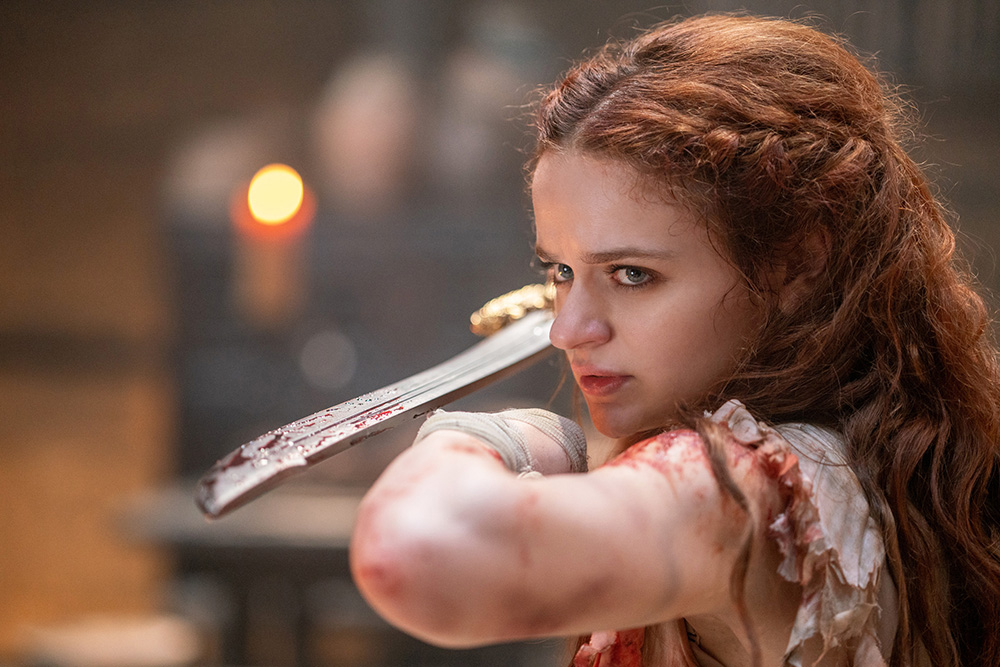 Hulu’s “The Princess” is a video-game plot that somehow became a movie: A young royal who just so happens to be a trained warrior is imprisoned in the top floor of an imposing castle and has to fight her way to the bottom. Gamers will instinctively reach for the controller when new bad guys turn up — and they do, with perfect regularity.

Thin though it may be, it’s entertaining and watchable. Yes, we’re just watching the title character kick, brawl and defenestrate her way down the stairs, yet every pummeling is satisfying.

Maybe this is why people like to watch other people play video games?

The princess is played by Joey King, a former child star (a long list of credits includes “The Conjuring” and “White House Down”) in the midst of a career recalibration. Here, she’s betrothed to a maniacal interloper (Dominic Cooper) who wants a marriage to turn his power grab from treason into politics; when she leaves him at the altar, he ransacks the place and imprisons the royal family instead.

In a series of perfunctory flashbacks, we fill in enough of the backstory; our heroine eschewed etiquette and the humanities to train in combat with in-house martial artists (just go with it, I guess) played by Veronica Ngo and Kristofer Kamiyasu. Over a tight 97 minutes, she outwits and outduels dozens of foes, inevitably leading to a climactic brawl with her would-be groom.

Visually, it’s satisfying; the princess’s wedding dress billows and soars in contrast with the armor and muscle of a thousand hapless goons. “The Princess” is also careful with its violence; yes, it’s a bit more gory than most fairy tales, but it only barely earns its R rating. If you have a former Disney-obsessed child now in their teens who’s looking for something a bit more adult, I’d say this is the film to keep them busy over the holiday weekend.

Or, honestly, to kill a few sleepy hours yourself. There’s nothing much to think about, here; sit back and watch the fights. Not a bad way to pass the time.

“The Princess” is streaming on Hulu.