The fall horror season kicks off with an unusual, yet enjoyable, blend of romance and terror. 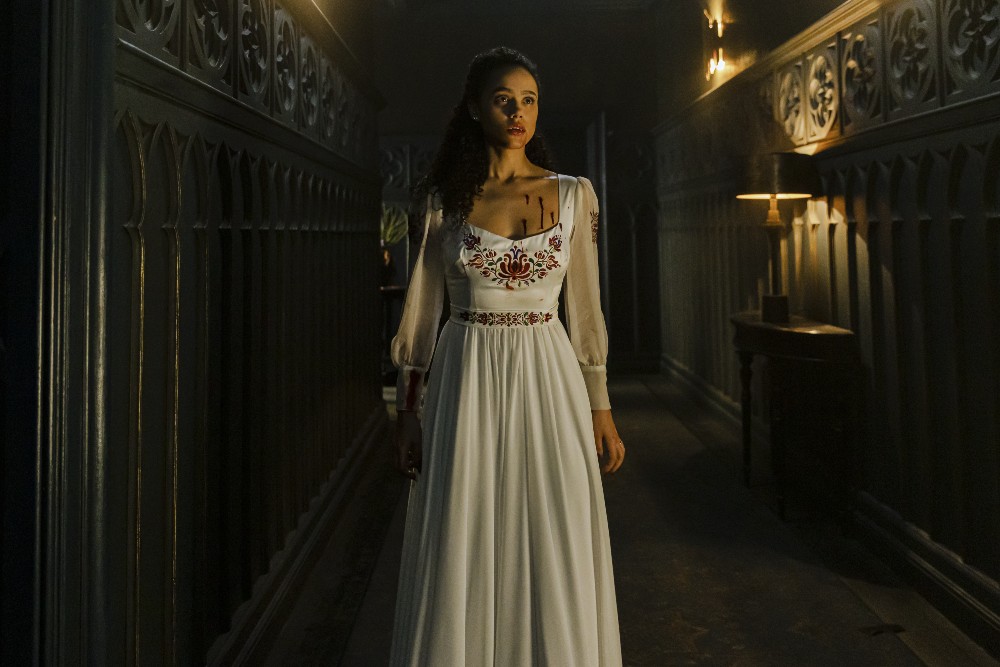 I believe that, somewhere, there’s a very different cut of “The Invitation.”

The horror film from director Jessica M. Thompson follows a young woman, Evie (Nathalie Emmanuel), on a spontaneous trip to a country wedding in England. Evie has discovered a long-lost British cousin — her only living family member — and accepts his offer to meet the rest of the clan at a very posh manor. She’s wary, but eager for family connection after the untimely passing of her mother, so she accepts.

The opening sequence, wherein tragedy befalls another young woman at the remote manse, is a teaser for some of the terror in store for Evie. That’s about all the horror the audience will get for a while, however, as the vast majority of “The Invitation” is … well, a fish-out-of-water romance. Yes, there are hints of something unsettling in the creaky old house, and a pair of slightly ill-fitting scenes depict grim fates for members of the staff. For the most part, though, it’s the story of Evie meeting and falling for the home’s dashing young lord (Thomas Doherty).

Until it isn’t, of course. But that turn comes late — which makes me wonder: Was a draft of this script, written by Blair Butler, disguised as a pure romance with a shocking third-act turn? Did the original vision have no spooky prologue, no ill-fated help — just a New York girl in a fantasy world, falling for a handsome stranger for about 75 minutes (then running from him for 30)?

It’s intriguing. That version of “The Invitation” would’ve been more memorable and bold, though I’ll readily admit it would’ve infuriated viewers; audiences generally hate being served a dish they didn’t order. In any case, it’s a remarkable structure; few horror films keep the reality of the situation completely hidden from the protagonist until the last act.

The result is likable and fun. Emmanuel is a natural star; you’ll be rooting for her to fall in love, even though you know what’s coming. The atmosphere and setting are excellent, and Thompson delights in shadow and fog.

As spooky season extends beyond September into the final weeks of August, the multiplex needed an easy, enjoyable fright. “The Invitation” may not be a classic in the making — or, perhaps, the best possible version of itself — but it’s a creepy, enjoyable outing.

“The Invitation” is now playing in theaters.