The unnecessary comedy sequel sneaks in some laughs, but doesn't do enough to justify its existence. 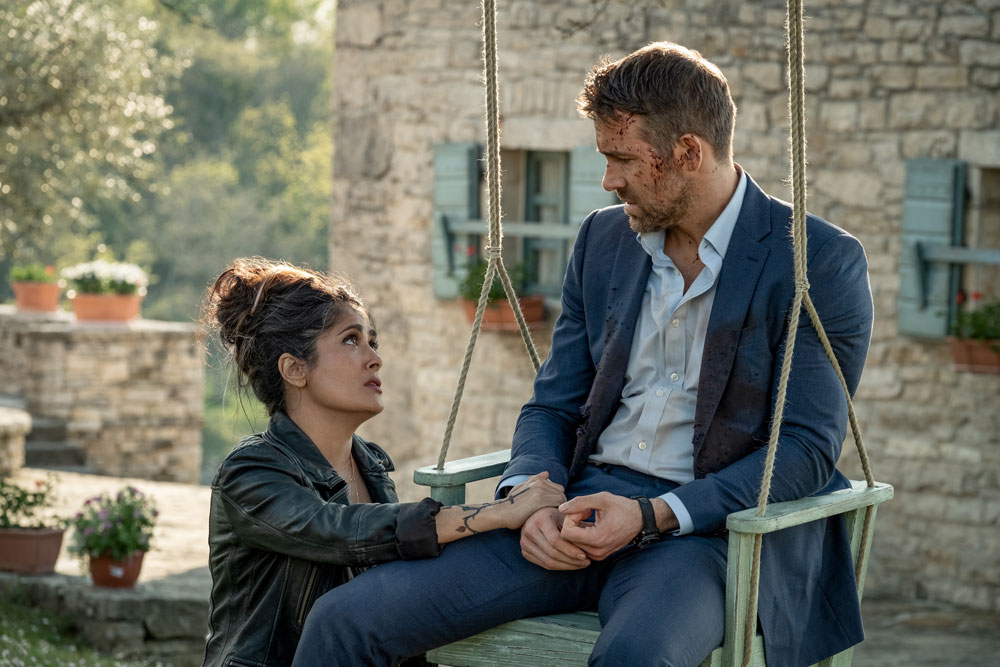 I just hope everyone involved made a lot of money.

What more can you wish for “The Hitman’s Wife’s Bodyguard,” a sequel to a comedy that barely registered in the first place? Putting aside the fact that straight-up comedy sequels are rarely a particularly good idea, does anyone actually remember the 2017 original — a two-hander action comedy starring Ryan Reynolds and Samuel L. Jackson — let alone need more of it?

I certainly remember nothing of the original, though I did give it a barely-positive review, praising the leads and the laughs while noting that it was a clunky affair at best. Now, the cast — this time with more Salma Hayek, who was more object than subject the first time around — is back for more, with typically diminished returns.

Are they involved or invested in the proceedings? Sometimes, they barely remember to stay in the shot. At least the movie was filmed in some lovely European cities, so they got a nice vacation out of it.

Disgraced bodyguard Michael Bryce (Reynolds) has been coping with nightmares and anxiety since his caper with elite assassin Darius Kincaid (Jackson). On the advice of his beleaguered therapist, he finally takes a relaxing vacation, only for titular spouse Sonia Kincaid (Hayek) to ride a cascade of gunfire into the scene and demand Bryce help her and her dear husband once again. (Admittedly, Hayek does seem to be trying to carry this thing. Good for her, I suppose.)

Darius is wrapped up in a scheme involving some mobsters, a hapless Interpol agent (Frank Grillo) and Aristotle Papadopoulos (Antonio Banderas), a businessman/terrorist with a bone to pick about the European Union’s treatment of Greece. (Why yes, that is a deep cut for a bad-guy motivation in a throwaway comedy.)

They’ll run into Bryce’s stepfather, played by a barely awake Morgan Freeman, and get into a half-dozen scrapes involving improbable gunplay, impossible car maneuvers or both. There’s a dud of a subplot involving Sonia’s desire for a baby — because in Hollywood, every female character must be motivated by childhood, motherhood or both — but any attention to these details misses the point of the film.

As it was the first time: The point is to get as close as we can to a buddy comedy starring Reynolds’ superhero alter-ego Deadpool and Jules from “Pulp Fiction.” The only reason any of us are here is to wait for Jackson to yell and Reynolds to quip, as was the case the first time. The only other affinity this movie has is constructing elaborate, slapstick injuries for Bryce to endure; while acknowledging that any one should surely have killed him, I’ll admit that the only hearty laughs I got out of “The Hitman’s Wife’s Bodyguard” came from these moments. Reynolds is good at getting hurled across a frame.

“The Hitman’s Wife’s Bodyguard” is now playing in theaters.