The latest cinematic confection from Wes Anderson will delight his fans while offering little to draw in skeptics. 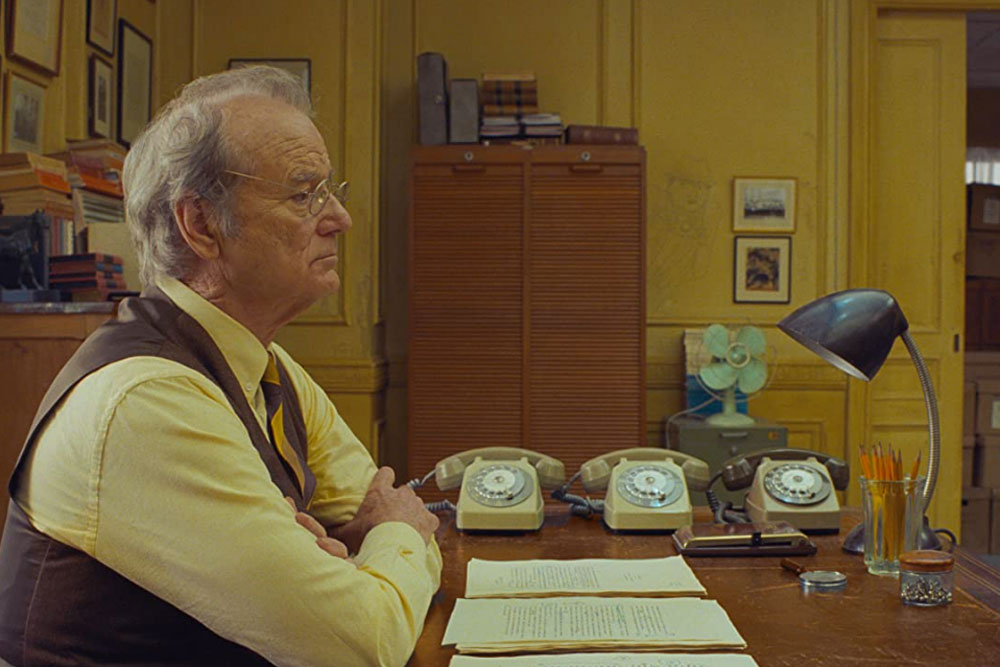 I find most opinions on idiosyncratic filmmaker Wes Anderson are simply too intense.

There are many, particularly in critical and cinephile circles, who consider the director to be a modern master. That, I think, is a bit too kind; while I’ve enjoyed many of his films and consider a handful to be great, I don’t think he has a single true classic in his filmography. (Yes, “The Royal Tenenbaums” comes close.)

Similarly, though, I find outright dismissals of Anderson to be condescending. There are those who scoff at his fastidious, painstaking style and visual excesses, and others who find the deadpan comedy he peddles dull. I disagree; I always enjoy the way his movies look, if more as an antidote to the frequent drabness of modern filmmaking, and I will usually laugh out loud at the dry humor in his films.

“The French Dispatch of the Liberty, Kansas Evening Sun,” which we are mercifully allowed to simply refer to by the first three words in its title, is — to me — a prototypical Anderson feature. Some sequences are excellent; a few are indulgent. The visual style is fascinating and controlled, if not at all intimate. I enjoyed watching it, though I did not connect with it on any profound level.

It is, like most of his films, a very well-made pastry: Elegant, delicious and of little lasting consequence.

This one is, essentially, an anthology, presented as stories in the ultimate issue of the titular (fictional) magazine. We see three stories play out in full, along with a selection of additional material and a framing device wrapped around the death of the magazine’s publisher (Bill Murray).

The three main tales change format and focus, without deviating from the light-jazz tone. An incarcerated artist (Benicio del Toro) with a corrections officer for a muse (Lea Seydoux) navigates the fine-art world when a fellow prisoner (Adrien Brody) turns him into a sensation. A posturing revolutionary (Timothee Chalamet) is redirected when he has an affair with the reporter (Frances McDormand) covering his rebellion. A television interviewer (Liev Schreiber) quizzes another reporter (Jeffrey Wright) about a memorable case involving a detective chef (Stephen Park).

Opinions will likely diverge on which of these tales are the most effective — I liked the young revolutionaries, myself — but that has more to do with the viewer than anything on the screen, I suspect.

Despite the impressive list of talent already noted, I’ve barely scratched the surface; a list of all the famous people in an Anderson movie reads like a list of Oscar nominees. That’s one of the joys in his films — being continually surprised at all the very talented people who have turned up, and recognizing that they all seem to be enjoying themselves.

There are plenty of small joys in watching “The French Dispatch.” It’s a lovely time — and shouldn’t be taken as any more, or any less, than that.

“The French Dispatch” is now playing in theaters.