There's not much besides movie-star charm to the latest big-budget adventure from Netflix. 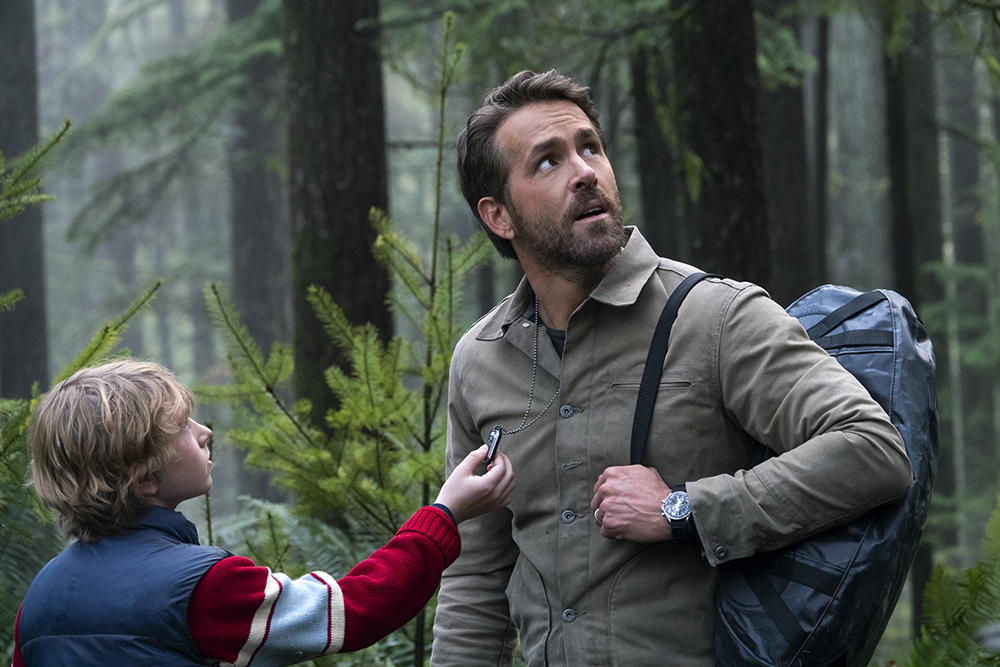 On occasion, Netflix seems to think enough famous faces make up for the lack of a story.

That’s not always precisely wrong. The heist flick “Red Notice” became one of the streamer’s most viewed titles in history, only because Dwayne Johnson, Gal Godot and Ryan Reynolds shared scenes; while I liked it a bit more than most critics, it certainly contained no substance, only a surfeit of fame.

In theory, it’s a time-hopping adventure to save humanity, a sort of generic-brand “Terminator.” Adam (Reynolds) crashes a time-traveling jet in the year 2022 and needs the help of his younger self (Walker Scobell) to fix the future. A textbook supervillain (Keener) has used time-travel technology to enrich herself at the expense of the rest of humanity; if Adam can get his ride up and running, he might be able to stop her before she gets started. And — because every lazy time-travel story needs at least one dead relative — he’d like to find and rescue his late wife (Saldana) in the process.

In practice, though, it’s a greatest-hits set of microwaved renditions of memorable sequences from better films. Sequences from “E.T.,” “Return of the Jedi” and “Independence Day” make unauthorized returns in “The Adam Project,” without a hint of shame or true homage; if it worked before, the fleet of writers seems to believe, we can just do it again.

By the time we get around to Adam’s late father (Ruffalo) — whoops, make that two dead relatives — any semblance of storytelling, beyond a simple point-A-to-point-B mission, is out the window. “The Adam Project” gestures at the complexities of time-travel narratives without actually addressing them, as the screenwriters (four are credited, none of whom have distinguished themselves here or at any point prior) seem to think admitting your limitations is as good as overcoming them.

Levy is a Netflix favorite; he’s often handed the reins of golden goose “Stranger Things.” Someone should’ve pointed out, though, that his big-screen work is passable at best (“Date Night”) and dreadful at worst (“The Internship,” the reboot of “The Pink Panther”). While he has some compositional ability, he does not seem to know how to corral and focus “The Adam Project” beyond a vague sense of spacefaring derring-do.

Meanwhile, Reynolds plays essentially the same character as he did in “Deadpool” and, for that matter, in “Red Notice.” He’s very good at his schtick and does what he can to enliven “The Adam Project.” As enjoyable as he is, though, one wonders when he’s going to show us another trick. This one’s getting stale.

“The Adam Project” is now streaming on Netflix.