With a fun premise and an all-star cast, Netflix's action comedy coasts to a win. 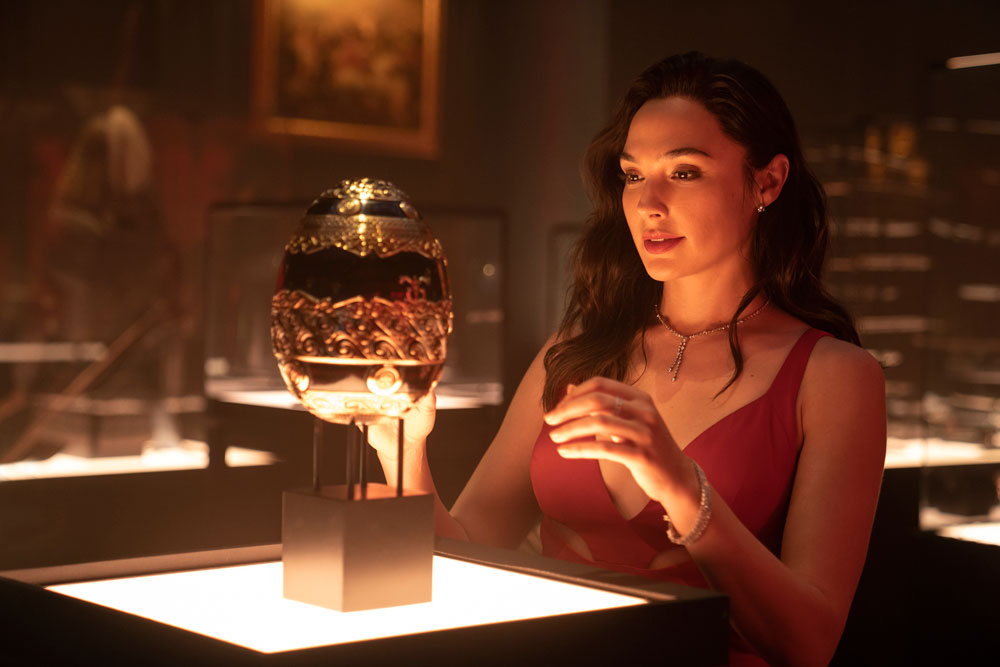 Sure, I love transportive cinematic experiences and challenging works from idiosyncratic auteurs. But sometimes, I just want to watch remarkably attractive people get out of jams in romantic global locales.

“Red Notice,” for example, is about competing art thieves played by Gal Godot and Ryan Reynolds, on the run from (and, when necessary, teaming up with) a no-nonsense FBI agent played by Dwayne Johnson.

Do you know how little a movie has to do to succeed with that cast and premise? If they just stood around quipping for two hours, I’d still probably give it a positive rating.

Fortunately, they do a good bit more than that. We kick off the action with Agent John Hartley (Johnson) and a skeptical Interpol officer (Ritu Arya) shutting down a Roman museum; they have reason to believe that elusive bandit Nolan Booth (Reynolds) will try to pilfer a millenia-old egg that once belonged once belonging to Cleopatra. Unfortunately, he’s already stolen it, leading to a madcap foot chase that pretty well sets the tone.

Even more unfortunately, an even more elusive bandit known only as The Bishop (Godot) thieves the thief, making off with the egg just as the law catches up to Booth.

Then there’s the Siberian prison, the masquerade ball, the South American cave full of stolen Nazi loot — you know, all the hits.

If any killjoys watch “Red Notice,” they’d likely point out that writer/director Rawson Marshall Thurber — a man with three last names, by the way — isn’t exactly a visionary. Thurber, who also helmed the Johnson vehicles “Skyscraper” and “Central Intelligence,” knows where to point the camera and how to time the explosions, but that’s about it. You could also point out that the trio of luminous stars are playing variations on their public personas and not novel characters — if you were the type of person who, for some strange reason, doesn’t want to watch The Rock and Deadpool pal around for a few hours.

You could point out that it’s a bit too long. (That one’s valid.)

But why bother quibbling? The famous people are going to do cool stuff. They’re going to do it on Netflix, in fact, so you don’t even need to put on pants. It’s gonna be a sleepy, cool weekend. Lie on the couch and stare at this perfectly acceptable movie.

“Red Notice” is playing in select theaters and streaming on Netflix.