Jim Parsons is great in this real-life tragedy, but it may be too depressing to bother watching. 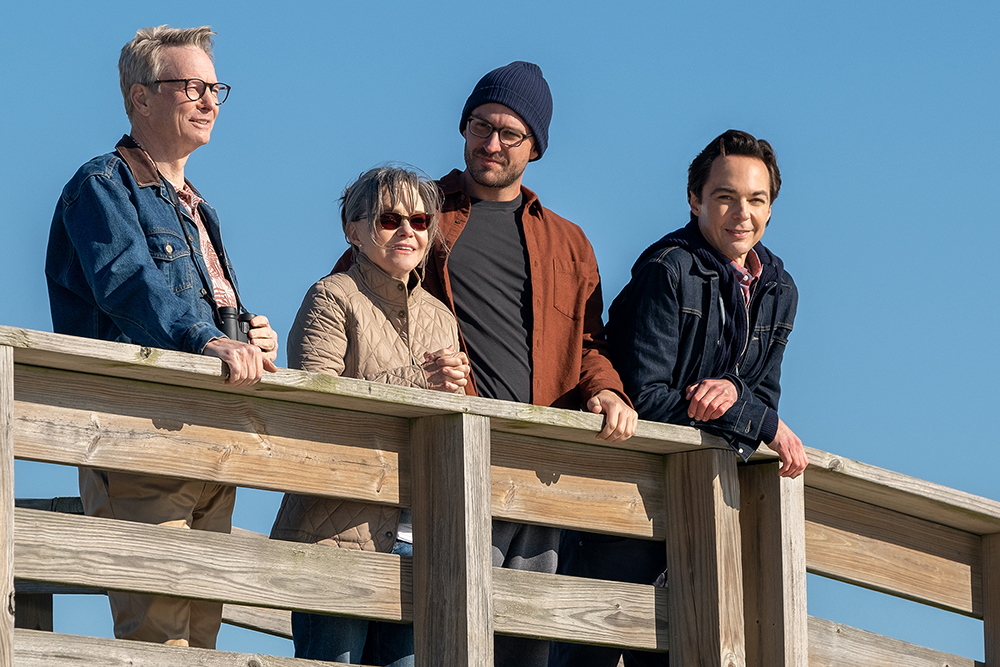 In a curious move, the film “Spoiler Alert” leaves out the part of its title that … well, contains the spoiler. It’s based on the memoir, “Spoiler Alert: The Hero Dies,” by Michael Ausiello; it’s a reflection on his relationship with the late Kit Cowan, who died of cancer in 2015. The film makes no attempt to shield you from its sad ending, only the title does — as if to briefly imply that you’re getting a wry comedy instead of a three-hanky weeper.

“Spoiler Alert” is often funny, particularly thanks to a clever and powerful performance by Jim Parsons as Ausiello. It’s no comedy — ignore how the Globes will inevitably nominate it in a few months — but it is funny, at least until it’s utterly, completely devastating. This is one of those films that is so profoundly sad that I’m reluctant to recommend it; it’s not cathartically sad, nor is it sad in a way that shows us something new and profound about the human condition.

It’s just sad. You wanna be sad? You like being sad? (You’re not sad enough already?) Here you go, watch “Spoiler Alert” and be sad.

Michael Showalter directs “Spoiler Alert” as something of a companion piece to his (far superior) 2017 film, “The Big Sick.” In that movie — also based on a true story — a new couple sees their budding, complex relationship interrupted by a devastating medical problem. The same thing happens in “Spoiler Alert,” albeit with much different results. Most of the film’s running time traces the growth of Ausiello’s and Cowan’s relationship; they get over some trust issues, they navigate the exclusivity debate, they montage through relationship counseling.

Their relationship is at a low point when Cowan receives his diagnosis; in fact, they’re on something of a structured break and living in different apartments. It’s interesting watching this kind of tragedy rekindle, rather than divide, a relationship.

The problem, though, is that’s the closest thing “Spoiler Alert” has to insight. I have no doubt that the memoir has more to say — its subtitle is “A Memoir of Love, Loss, and Other Four-Letter Words,” and I’ll bet that Ausiello has some crackers in there. In practice, though, that doesn’t translate to a profound film. Instead, it’s one that has you sit with loss for a long time, then sends you back into the world with little more than platitudes.

Parsons threatens to elevate the whole affair by sheer force of will (and it’s nice to see Sally Field, who plays Cowan’s mother and has great chemistry with Parsons). Ultimately, though, there’s too much misery weighing against the film’s merits; they can’t help but crumble.