The long-running Predator franchise is back with an effective prequel. 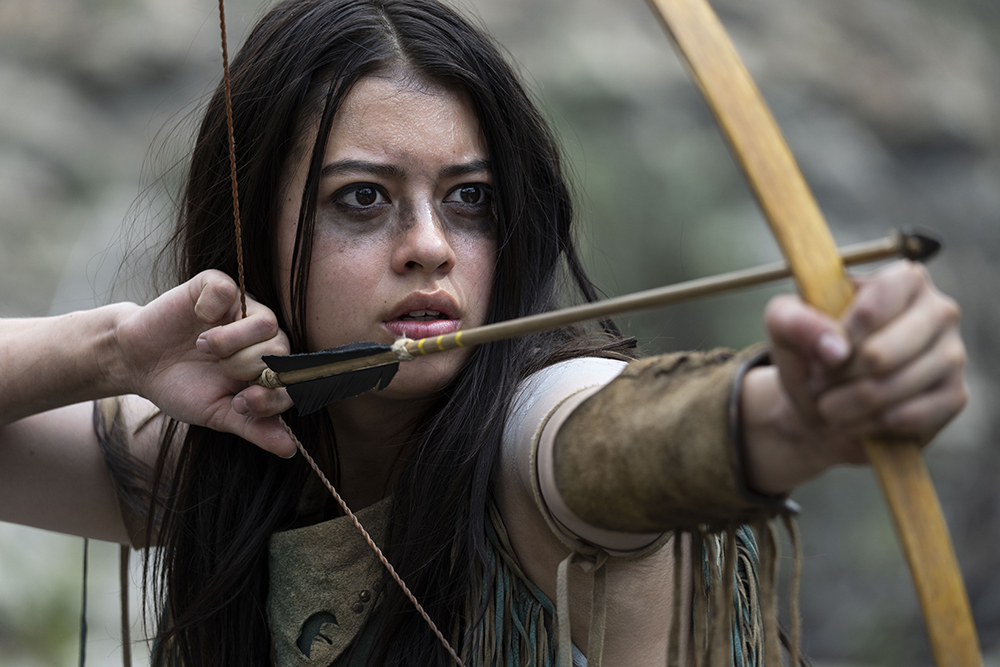 The Predator fights a bear.

It is, therefore, a good movie.

Were there no other commendable aspects to “Prey,” the prequel to the long-running science fiction franchise, it would be a good movie solely on the basis of the Predator fighting a bear. Years from now, if I’m asked if I remember this movie, I’ll reply, “Oh yeah, that’s the one where the Predator fights a bear.”

Studios, take note — if you need to redeem a bad movie, just have the Predator fight a bear. (Two bears, if things are desperate.)

Fortunately, there’s more to recommend “Prey,” a bloody and boisterous trip to the 16th century for the alien beast. While it is far from inventive, it doesn’t need to be; a likable cast in a photogenic setting squares off against long odds, making for an easy blend of action and survival horror.

The original placed the action in a post-Vietnam jungle; this distant prequel instead deposits its bionic baddie near a Comanche village somewhere in the plains. Naru (Amber Midthunder) wants to hunt with her brother, accompanying him on a search for a wounded friend; en route, she discovers evidence that something much larger than a mountain lion is stalking the area. Meanwhile, the real villains — French fur trappers — are in the mix, and their callousness offends both Naru and the Predator itself.

“Prey” is not too subtle with its food-chain metaphors; in one on-the-nose segment, a small rodent eats a fly, only to be eaten by a snake — which is immediately killed by the Predator. What it lacks in subtlety, though, it makes up for in action and grandeur. Director Dan Trachtenberg managed fascinating visuals in a bomb shelter with his underrated 2016 film “10 Cloverfield Lane,” so he’s more than capable of painting stunning portraits in the expanse of the great plains.

Midthunder is a likable, compelling lead who reminds us that charisma, not musculature, is key to being a good action hero. (She and most of the cast are Native American, part of a happy evolution in Hollywood casting.) While the film drags a bit in the front half — it takes an awful long time for anyone but Naru to accept that there’s something fishy going on — it’s easy to enjoy “Prey.”

Also: The Predator fights a bear.

“Prey” is now streaming on Hulu.