Movie Review: No Time to Die

The long-awaited James Bond epic, the final outing for star Daniel Craig, is impressive but weighty. 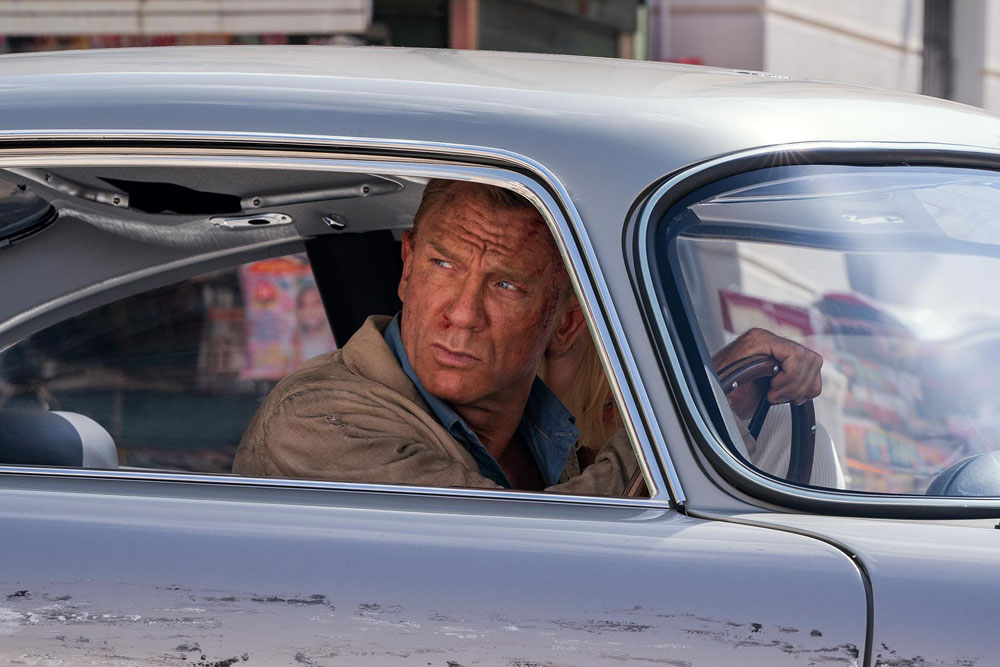 If “No Time to Die” does mark the end of a 15-year movement in the endless James Bond series, it’s fitting. While the epic film is even more spectacular (and certainly longer) than the chapters that led to it, it bears the same albatross that has hung around Daniel Craig’s neck the whole way: An overly somber, serialized approach to material that should be pulp, not ponderousness.

I hate to grumble, but James Bond is supposed to be fun.

He was in the case of “Casino Royale,” the 2006 near-classic that kicked off this round. Since then, though, the series has shown technical acumen and flashes of dynamism only in between weighty, drawn-out stretches about 007’s mind, heart, life and past. Craig has done well with the material, as has an all-star supporting cast. But the disconnect between the conception of the Bond series and the recent finished products is like being promised a swinging party and arriving to find a wake.

“No Time To Die” is a wake of sorts, with death hanging heavily over the proceedings. Sure, we briefly meet Bond as a happily retired globetrotter, traipsing about Europe with Madeleine Swann (Léa Seydoux). Almost immediately, though, he goes to visit the grave of his long-lost love Vesper Lynd, bringing the film back to the mortality it can’t shake.

The tomb blows up, the first of many times Bond will be blasted across the screen; it’s an unexpected strike, with threads leading to the criminal organization Spectre, Bond’s nemesis Blofeld (Christoph Waltz) and a shadowy villain from Swann’s past (Rami Malek). There is also a hint that Swann may have betrayed the former 007, giving Bond another dose of heartbreak; it’s a recurring condition for him.

From there, though, “No Time to Die” gets back to Bond business. An old CIA counterpart (Jeffrey Wright) begs for Bond’s help in tracking down a kidnapped scientist and a powerful weapon. There are car chases, twists, drinks at immaculate parties. Ana de Armas nearly steals the show as a young CIA agent. Bond’s replacement, the newly minted 007 (Lashana Lynch), makes a convincing case for herself as … well, the next 007.

For the middle portion of the film’s pendulous 163 minutes, things clip along pretty well. And, without getting into anything that would count as a spoiler, the film ends with enough fireworks to effectively cap this miniseries of Bond adventures. I couldn’t possibly give “No Time to Die” a poor review; it’s a good film, well directed by Cary Joji Fukunaga.

I only hope that if “James Bond will Return,” as the credits always promise — they do here — the superspy returns with flair, swagger and episodic adventures that trade the heft for some swashbuckling fun. James Bond has been around for 60 years; I assure you that we’ll still want to watch his adventures, even if they’re a bit breezy.

“No Time to Die” is now playing in theaters.