After a decade away from the emergency room, the crew of misfits is back with more mayhem. 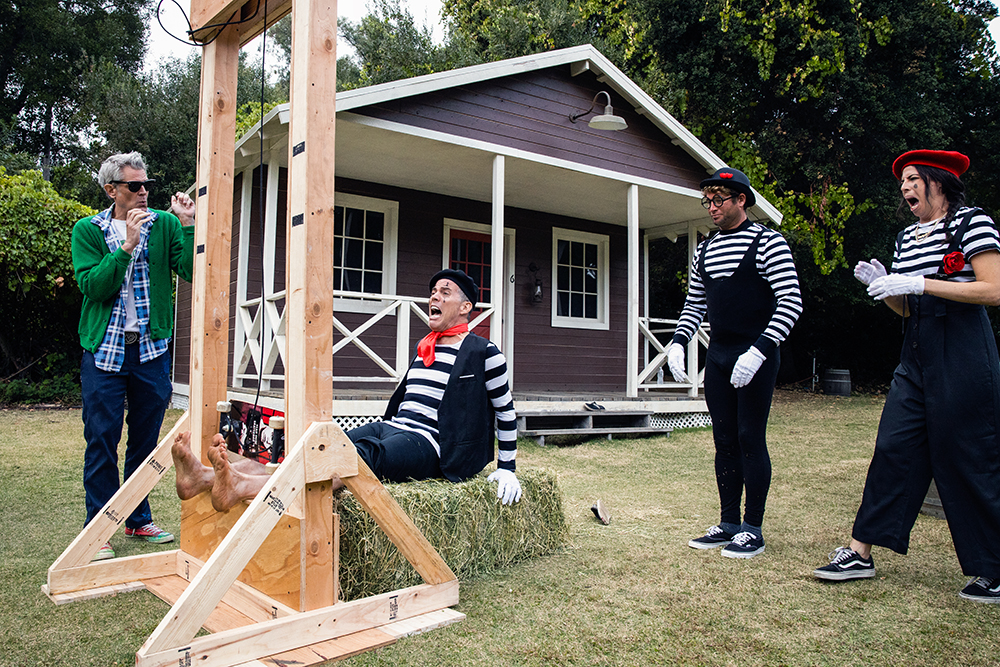 Somewhere in the middle of “Jackass Forever,” the cadre of daredevils reflects on the fact that they’re revisiting certain stunts after 20 years of mayhem.

They’re not out of ideas; if “Jackass Forever” proves anything, it’s that there is no cap on the number of ways these performers can find to injure and/or embarrass one another. Rather, they’re repeating certain bits because there’s no need to reinvent the wheel. As much as the snobbish might prefer to deny it, hitting a man exceptionally hard in the crotch will always be funny.

At least every few years. Give the poor cast time to heal.

There has been a sizable break since last we saw the “Jackass” crew. The last film in the series proper, “Jackass 3D,” debuted in 2010; a 2013 narrative spinoff, “Jackass Presents: Bad Grandpa,” threw cold water on the concept for a while.

I’ll admit something, though: I missed the series. I generally find well-timed, slapstick violence — in appropriate doses — to be hilarious. While the “Jackass” films can occasionally be a bit more anatomical and scatalogical than I’d prefer, they’re very reliable sources of belly laughs for me. If a man is skateboarding down a sidewalk only for a gigantic fist to hurl itself at him at top speed, I’m likely to tumble guffawing out of my chair.

The “Jackass” roster has deepened and diversified this time around; for the first time, there are Black (Jasper Dolphin and Eric Manaka) and female (Rachel Wolfson) cast members. They and other young hires take some of the heat off of the veterans, who — now in their 40s — are still willing to suffer, just not quite as often.

The new players also make up for two notable absences. Longtime cast member Ryan Dunn died in a drunk-driving accident in 2011; fellow series vet Bam Margera had a sadly public falling out with the crew over addiction issues. These absences are a shame, to be sure. But in replacing Dunn and Margera with a younger and more diverse set of performers, some of the series’ unfortunate frat-boy energy has faded.

Well, some of it; this is “Jackass,” after all.

Curious moviegoers should be cautioned that this latest chapter is probably the grossest in the series, and that’s saying something; while the cast members may feel too old to hurl themselves down certain embankments, you’re never too old to do ridiculous things with your own nude form. While there’s a good rhythm to these films — a short, quick-impact stunt will lead into a more elaborate setup, then back to another quick hit — some sequences do wear out their welcome.

At the end, though, I was left wanting more cathartic mayhem. And, with a new generation on the dirty job, we’re likely to get it.