Director Jason Reitman takes over his father's franchise in a misguided attempt to give new life to these ghosts. 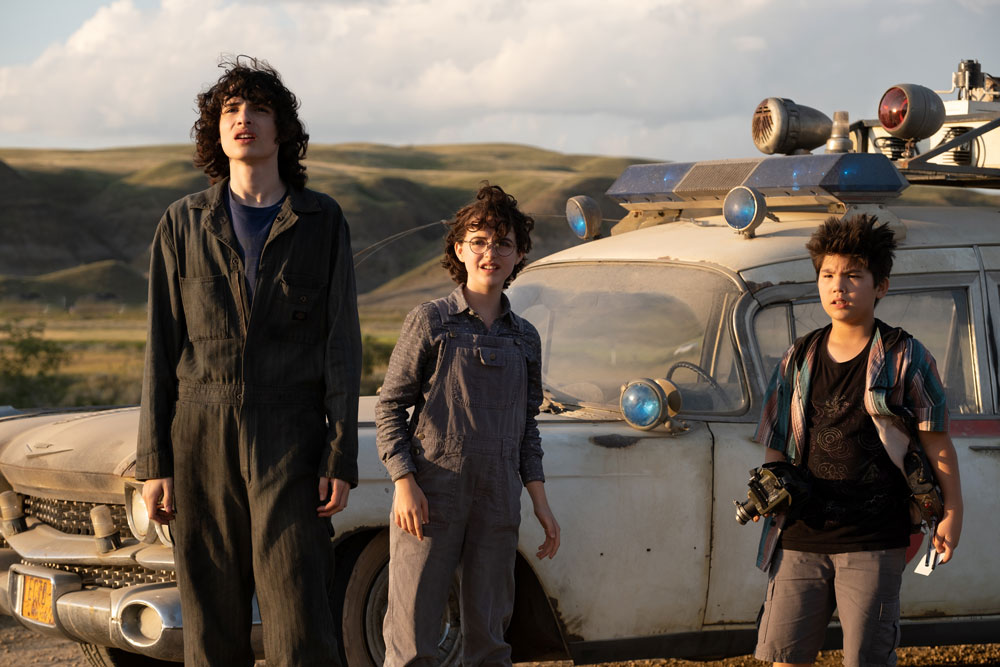 “Ghostbusters: Afterlife” is less a “Ghostbusters” movie as it is a movie about how great “Ghostbusters” was. The franchise, to this point, has consisted of clever comedy and wacky encounters with whimsical ghosts. “Afterlife,” instead, is a wistful action-adventure constantly looking back to the past, with characters talking openly about how cool the ’80s era of the franchise was.

It’s more like a mid-tier movie in the DC Comics cinematic universe — an overly somber, middle-American reflection on parents and children, economics and dreams.

Is that what you wanted from a “Ghostbusters” movie?

The culprit is Jason Reitman, who directed and co-wrote (with Gil Kenan) this lifeless slog. Reitman is the son of original franchise director Ivan Reitman, a fact that absolutely does not qualify him for this job; he’s made several good movies, such as “Up in the Air” and “Juno,” but does not make movies like this — and clearly doesn’t know how.

That’s not to say that directors can’t apply their small-scale success to large-scale franchises; Marvel has made a whole catalog of that transition. But Reitman’s ideas for the film are just plain wrong — and, where his father had Dan Aykroyd and Harold Ramis to bounce ideas off of, the younger Reitman has clearly been given carte blanche.

Speaking of Ramis, it’s a movie largely about his character, Egon Spengler — a surprising (and, to be honest, ethically dubious) decision, since the writer and actor has now been dead for seven years. It seems that Spengler decamped for Oklahoma sometime in the ’90s, working against an apocalyptic ghost attack in the heartland; now deceased, he has left a farmhouse loaded with secrets to his daughter (Carrie Coon), who schleps her kids (McKenna Grace and Finn Wolfhard) to sort through the clutter.

Grace is the nominal protagonist, although — callous nostalgia party that this movie is — it’s all window dressing until the original stars show up. In between, there are a half-dozen sequences of CGI ghost action, all of them shot and presented as a mix of action and terror. Again: This is the patent opposite of the wacky, enjoyable ghost encounters in the original films. Slimer it ain’t.

A movie needn’t always match the tone of its ancestors, but when a latter-day sequel is absolutely lousy with nods and insignia from the original — Stay-Puft Marshmallow Men! Terror dogs! “Who ya gonna call?” — then so thoroughly misses the mark, it feels like nothing but an excuse to squeeze dollars out of longtime fans.

And when that same movie ends with a wrongheaded, exploitative “tribute” to its deceased co-creator, it becomes simply gross.