The queasy Hulu horror-comedy isn't for the squeamish, but those with the stomach for it will enjoy the ride. 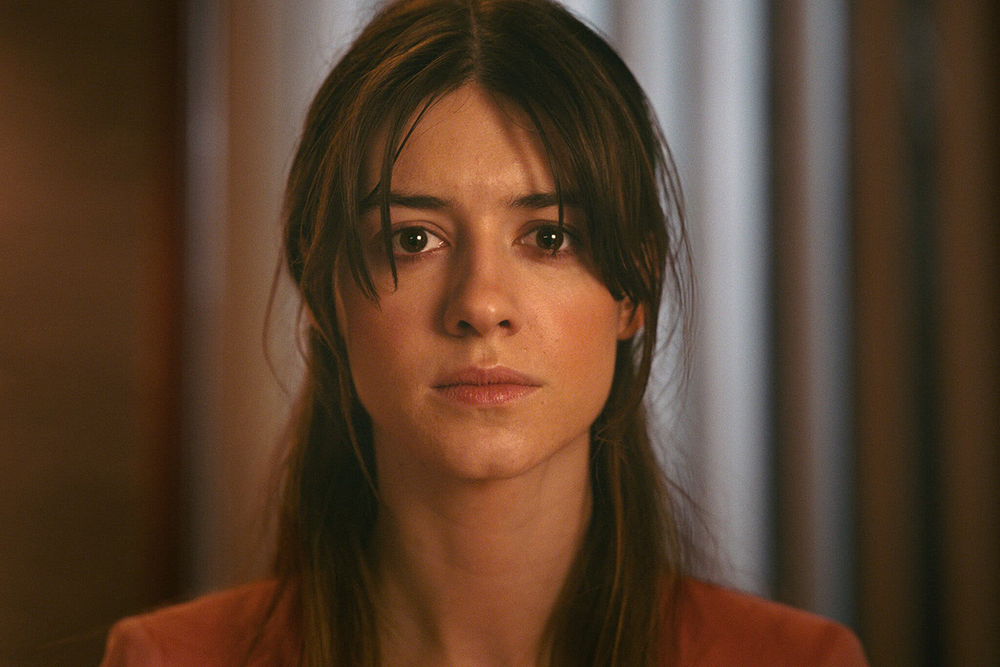 Way back in 1931, Bela Lugosi looked toward the camera and ominously told a houseguest, “I never drink … wine.” Count Dracula left just enough of a pause before the end of that sentence to hint to the audience that he instead drank something else.

Ninety-one years later, Sebastian Stan echoes Lugosi in “Fresh.” He plays the charming doctor Steve, who quickly seduces lovelorn Noa (Daisy Edgar-Jones) after a meet-cute in the supermarket. On their second date, she offers him a bite of the short ribs she’s enjoying.

“I don’t eat animals,” he replies. He doesn’t specify, you’ll note, that he doesn’t eat meat.

Noa will swiftly and terribly discover Steve’s preferred flavor of flesh in an engrossing and occasionally gross horror-comedy from director Mimi Cave, in her feature debut. Fortunately, Noa has a best friend (Jonica T. Gibbs) who’s smart enough to look into the situation.

Stan, who’s carving out a niche as a very bad date between this film and the Hulu series “Pam and Tommy,” is perfectly cast; his is absolutely the face of someone who will charm you one moment and attack you the next. Edgar-Jones does just fine, though it’s Gibbs that truly distinguishes herself among the cast.

Cave, working from a script by Lauryn Kahn, teases out the suspense; the opening credits don’t roll for a full 33 minutes, as “Fresh” is too busy putting pieces in place to stand on ceremony. The film will undoubtedly put some viewers off — while it’s not particularly gory, you are made to face the reality of the taboo act in repeated detail — but I enjoyed teetering on the edge of intrigue and revulsion. It’s a likable debut from a filmmaker I’m excited to see develop.

“Fresh” is now streaming on Hulu.