With a depressing, dull third chapter, the Harry Potter spinoff series has fully run out of steam. 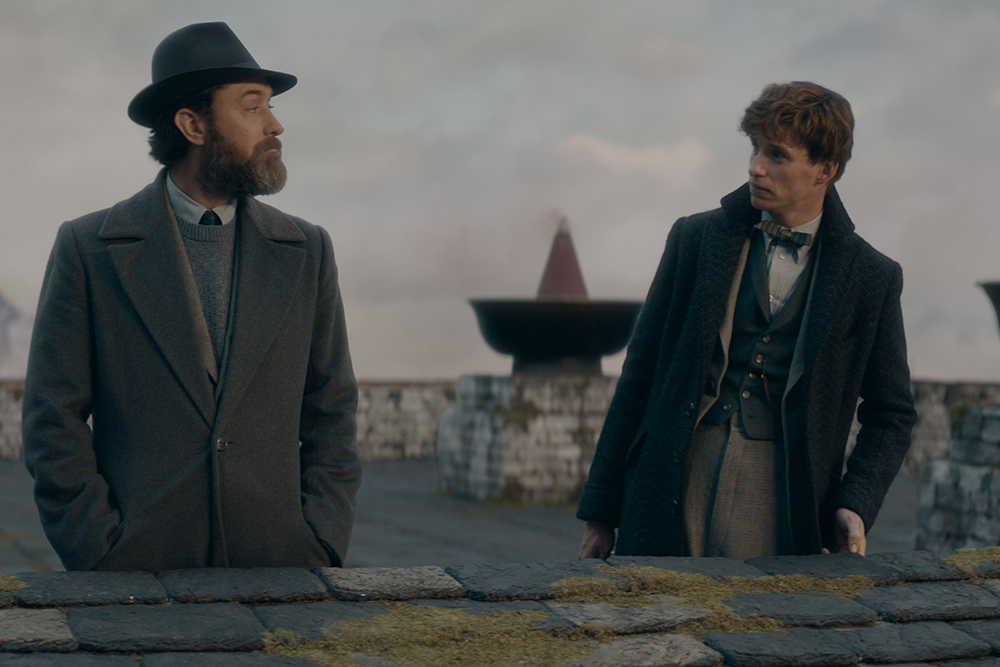 The sad history of the “Fantastic Beasts” series has been a tragedy of errors almost from the start, as the “Harry Potter” spinoff has combined offscreen scandal with onscreen missteps.

A roster of embattled celebrities has been central to the franchise, which is now on its third (and possibly final) installment. There’s Johnny Depp, whom producers supported through the first two films despite mounting domestic-abuse allegations; they finally booted the once-bankable star before “The Crimes of Dumbledore,” replacing him with Mads Mikkelsen (an improvement by any measure). Series co-star Ezra Miller so often finds themselves in bizarre tabloid trouble that their studio now reportedly sees them as a liability. And Wizarding World progenitor J.K. Rowling seems determined to alienate as many fans as possible with increasingly troubling Twitter commentary.

Onscreen, meanwhile, intrigue in the story has descended like a roller coaster careening downhill in the dark. There were simple pleasures to be found in the original film, 2016’s “Fantastic Beasts and Where to Find Them,” as a quantum of the magic and adventure from the mainline Potter films was imported. The 2018 followup, “The Crimes of Grindelwald,” unfortunately chose to abandon all semblance of fun, instead opting for an increasingly bleak and mythology-laden exploration of wizard conflicts and backstories.

“The Secrets of Dumbledore,” finally opening after a pandemic delay, doubles down on those choices, diving deep into the relationship between series mainstay Albus Dumbledore — played with charm, if not much liveliness, by Jude Law — and the villainous Grindelwald, who remains a fundamentally ill-defined villain despite the greater nuances of Mikkelsen’s portrayal.

There’s almost no room for the fauna-focused hijinks that made the first film enjoyable; a few of the titular beasts are present, but they play second fiddle to an array of dour, charisma-free minor wizards. Try as the actors might — and some, including the returning Jessica Williams and franchise bright spot Dan Fogelberg, do try — they can’t overcome a plot that couldn’t interest the most Potter-obsessed fan. Fundamentally, “The Secrets of Dumbledore” is about three political candidates seeking an endorsement from a small, deer-like monster. Seriously. It’s a campaign movie. I’m sure they were going for a timely social metaphor, but they landed on a drab ramble that had me nodding off on more than one occasion.

While the “Beasts” sequels are colossal missteps, the franchise was ill-advised from the start. Rowling, who wrote the first two screenplays and co-wrote the third with longtime Potter scripter Steve Kloves, made a fundamental error in planning this spinoff series: She believed the wider world of magic was of interest to fans, not understanding that the series’ star was always its setting, the fascinating wizard school Hogwarts. Any story that left that home base behind was unlikely to succeed; the middling quality of the films only guaranteed a dismal fate.

Reportedly, further “Fantastic Beasts” films will be contingent on the success of “The Secrets of Dumbledore,” and the box-office prospects are not looking good. For the sake of the brand’s many fans, I only hope that these beasts are put out of their misery, and future adventures in the Wizarding World are kept far away from this subject — and even farther away from Rowling.

“Fantastic Beasts: The Secrets of Dumbledore” is now playing in theaters.