The latest chapter in "The Fast Saga" doesn't add much, but provides thrills and fun that look great on the big screen. 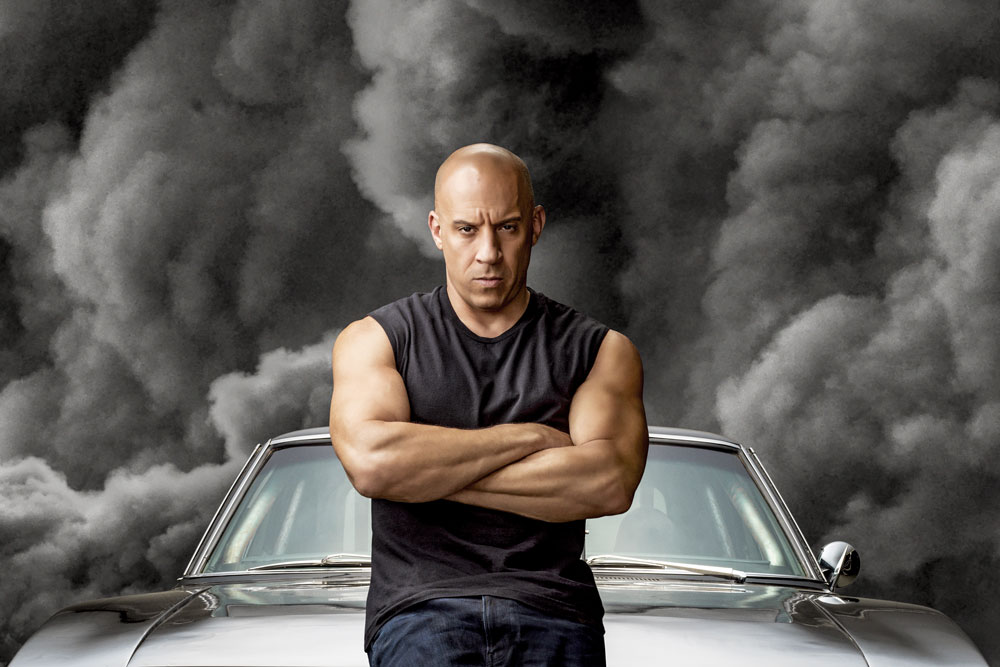 I’m not saying they shouldn’t have gone to space. I have no problem with these characters briefly leaving the planet. I just have one question: Isn’t it a bit of a stretch to have them quite literally drive a car to space?

Yes, the “Fast and Furious” franchise — or, as we are apparently rebranding it, “The Fast Saga” — has gradually transitioned far beyond its street-racing roots. These films are de facto spy romps now, a James Bond for the Monster Energy set; as much as that’s a world apart from the original film’s milieu, the shift has actually been fairly gradual.

Here’s my argument: You don’t need the cars anymore. The cars have become mostly redundant.

Sure, if Dom Toretto (Vin Diesel) is speeding around the streets of London, have him drive a fancy sports car that the gearheads will appreciate. Beyond that, spending a full 20 minutes of your film justifying and explaining why two members of the crew specifically need to enter orbit in a dramatically modified Pontiac Fiero is just silly. Use a spacecraft of some kind. (Or, at the very least, that car Elon Musk sent up there a few years back.)

Other than this and many (many) other logical contusions, “F9” is more of the same high-intensity action fun. The plot, so much as you’ll need to note it: A well-funded global terrorist organization has (possibly) killed Mr. Nobody (Kurt Russell), kidnapped the series’ last baddie, Cipher (Charlize Theron), and recruited Dom’s heretofore-unmentioned estranged brother (John Cena). They’ve got a lead on a high-tech prototype weapon that can hijack satellites to take control of every computer chip on the planet; anyone who wields it will be able to control the world’s energy, weapons and banking systems instantly.

You can’t say they don’t raise the stakes in these movies.

There’s a good bit of backstory explaining the beef in the Toretto family, including a vivid flashback to the Toretto patriarch’s tragic demise. (Remember last week, when I mentioned that every movie released this year involves the motivating death of a loved one?) On the other hand, as is tradition in “The Fast Saga,” at least one previously deceased character is revived. (Sorry: It’s not Gal Godot.)

That impermanence of death is an albatross on this series; with a complete unwillingness to ever actually demonstrate that these characters can die, there’s little drama to intended moments of tension. (Roman, Tyrese Gibson’s comic-relief character, actually becomes convinced in this chapter that the crew may have achieved immortality by supernatural means. It’s the closest the franchise will come to acknowledging the problem.) “The Fast Saga” is so afraid of killing off its characters that it won’t even fully part with Brian, despite the fact that the actor who played him — Paul Walker — has been dead for eight years.

I suppose that we’re not here to think; perhaps the producers fear that an actual death will lead the audience to a moment of existential consideration. (They’re wrong about that; haven’t they seen a slasher movie?) In any case, they certainly make it easy to check one’s brain at the door, filling the experience with wall-to-wall, screeching action — much of it dazzling. There’s nothing new in “The Fast Saga,” and this lengthy chapter does show some straining at the seams. On the other hand: It is very fast, and often quite furious.

“F9: The Fast Saga” is now playing in theaters.