The strangers on this train punch, kick, shoot and plenty besides in a frenetic, fun action flick. 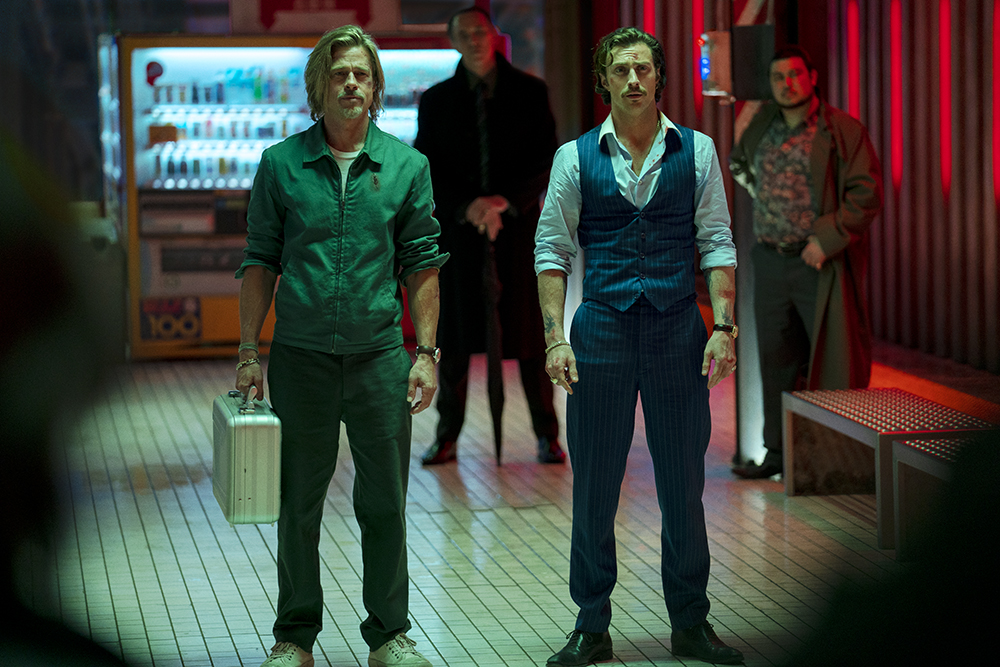 The movies have always loved a train. The inherently romantic conveyance can pivot to any genre — the high suspense of “Murder on the Orient Express,” the zombie mayhem of “Train to Busan,” the orealistic comedy of “Planes, Trains & Automobiles” and even the literary deconstruction of “Compartment No. 6.”

Action on the rails is nothing new, but “Bullet Train” approaches its subject matter — a collection of assassins with competing interests, all gathered on a high-speed train to Kyoto — with style firmly in the forefront. This is no old-school brawler; there’s more of “Kill Bill” and “Deadpool” here than “The Taking of Pelham 123.”

“Deadpool” is perhaps the most direct ancestor; director David Leitch, also a former stunt performer, helmed the 2018 sequel to the superhero comedy, and there are moments where you could swear the red-suited hero could stroll into the frame. (In fact … you know what, I won’t spoil it.) For all the vengeance and bloodshed packed within, however, “Bullet Train” leads as a comedy.

Ladybug (Brad Pitt), a hitman in the midst of a mid-life crisis, is instructed by his mysterious handler (Sandra Bullock) to retrieve a suitcase from the titular train. In short order, he meets up with a blood-stained groom (Benito “Bad Bunny” Martínez Ocasio), who declares that he’s after vengeance — despite the fact that Ladybug can’t figure out who this guy is or what he’s avenging.

The disappearance of the case, meanwhile, is of grave concern to Lemon (Brian Tyree Henry) and Tangerine (Aaron Taylor-Johnson), who have been assigned to bring it back to a notorious crime boss — along with that crime boss’s wayward son (Logan Lerman), who turns up dead after a few minutes of confusion.

This is all to say nothing of the pink-clad sociopath with the exploding gun (Joey King). Or the deadly snake roaming the train.

It’s a frenetic, frantic two hours of cinema, and some of the wacky flourishes will likely cause more cynical viewers to roll their eyes. (When Lemon and Tangerine disagree on how many people they killed earlier, a flashback has them recreating those murders while tallying them for the audience — to an Engelbert Humperdinck song.)

Leitch knows kinetic action, however, and the cast is clearly having a great deal of fun. Any viewer with a stomach for over-the-top mayhem and a willingness to go for the ride will likely enjoy it.