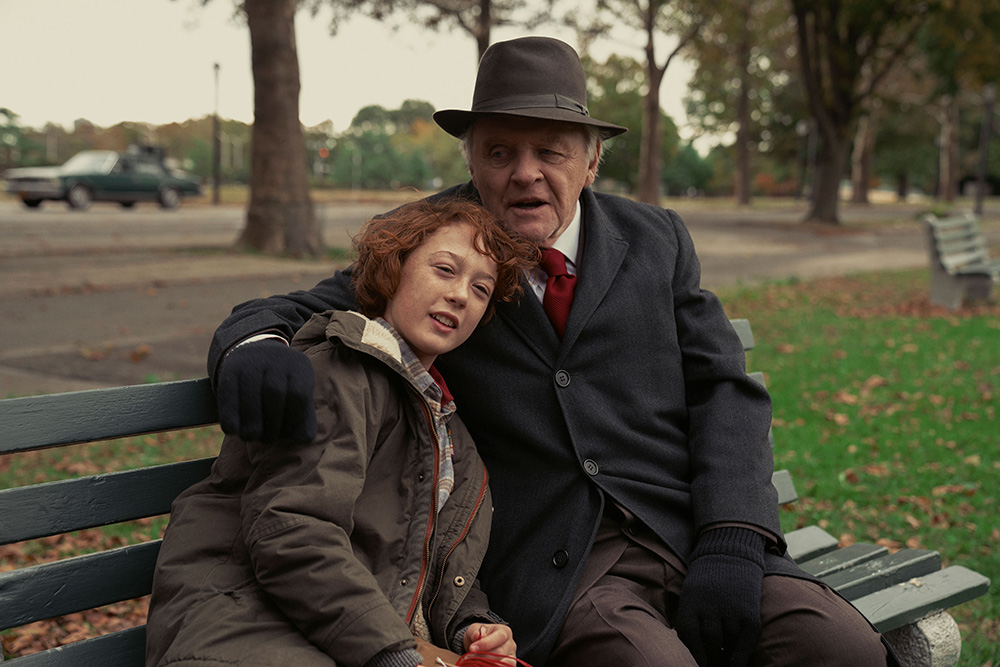 Hollywood, at the moment, is really into directors reflecting on their childhood memories.

I just can’t figure out why.

“Armageddon Time,” by director James Gray, is a roman à clef about the filmmaker’s upbringing in Queens. (Apparently, we’re even letting directors of little consequence do this, now.) Steven Spielberg will do the same thing in a few weeks, with “The Fablemans,” and Kenneth Branagh’s “Belfast” won a Screenplay Oscar just a year ago at a ceremony where another wistful remembrance, Paolo Sorrentino’s “The Hand of God,” was up for Best International Feature.

So: Who, precisely, was clamoring for all of these celebrations of very specific nostalgia?

“Armageddon Time” is by no means a bad movie; it’s compelling throughout, with some excellent performances. Michael Banks Repeta plays Paul, the stand-in for Gray, and is a compact bundle of charisma; Anthony Hopkins, as Paul’s beloved grandfather, gives a performance almost as good as any in his extensive filmography.

Paul’s early life — like, we assume, the director’s — exists on the edge of lower and middle class. His older brother (Ryan Sell), a better student, attends a private school; Paul’s left at a public school that mistakes his creativity for absent-mindedness. More vitally, the older brother has entered a world of privilege (the school is tied to the Trump family, a true detail from Gray’s life), while Paul’s neighbors are wary of the increasingly diverse public school system.

This grappling with race is at the core of “Armageddon Time,” as Paul befriends Johnny, an older Black student (Jaylin Webb), despite the casual racism of his parents (Anne Hathaway and Jeremy Strong). In this, though, the film begins to show its core weakness: It is not about race but rather about being adjacent to it. Paul learns hard, brutal lessons from how others treat Johnny, but it’s not Johnny’s story, so the actual impacts of racism occur mostly off-screen.

The pattern continues; Paul’s grandparents tell him of being spurned and hunted for their religion, but Paul can only listen. The family raises eyebrows at the neoconservative movement ushering Reagan to the White House — this, along with the Trump ties, feels like a half-cooked attempt at current relevance — but none of these scenes meaningfully interact with the actual narrative.

Paul learns lessons and changes, sure, but always as an observer — never as the one truly and deeply affected. And at the end of the movie, he simply walks out of a scene and heads down the street, as if both he and the film have gotten tired and decided to go home.

Does it have atmosphere? Sure. Do its performers carry the weight? Absolutely. But is it worth seeing — and is there any explanation for why these shambling stories keep getting made?