The long-delayed thriller is effective, says Film Critic Sean Collier, even if it is more of the same. 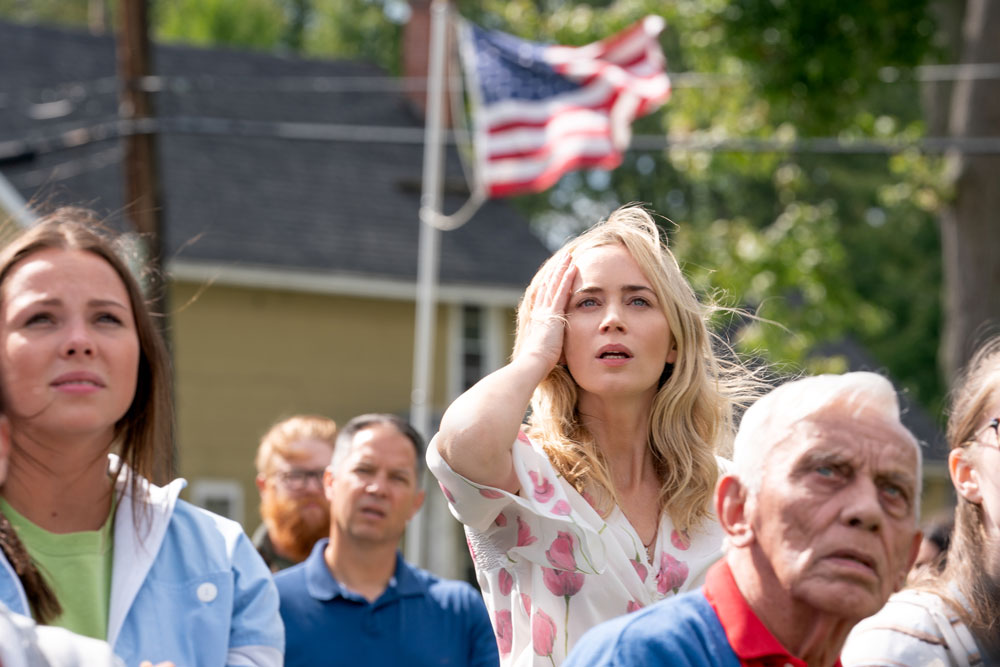 There’s something very odd about “A Quiet Place Part II,” the long-delayed sequel to the hit 2018 horror flick. It is so firmly a middle chapter — they haven’t actually confirmed that this is a trilogy, but c’mon — that its plot description can glibly be boiled down to “some stuff happens.” The characters have some more business; sometimes, they’ve gotta avoid an alien. We end up in pretty much the same place we started.

Yet it is absolutely packed with sequences and set pieces; I didn’t have a stopwatch going, but I’d estimate that at least half of the film’s brisk runtime is comprised of tense, life-or-death sequences. As a result, it is a movie where you are constantly ready for action — a state of eternal tension that eventually dulls into, well, a lack of tension.

There’s the odd thing: It’s a movie where something is always happening, yet it all feels like the same note, played over and over again.

I know that sounds like a dig, but “A Quiet Place Part II” isn’t a bad movie. It’s fine and certainly well constructed; it has considerable merits, more than enough to warrant a cool recommendation. (If you lose interest, pay attention to what the sound is doing. Erik Aadahl is the supervising sound editor, and he can start outlining an Oscar speech now.) It’s not nearly as good a movie as it thinks it is — but that can be said about nearly every film, can’t it?

There are two main objectives in this chapter for the Abbott family. With father Lee (John Krasinski, also the director of both films) having been killed in the first movie, Evelyn (Emily Blunt) is leading the remains of her family — Regan (Millicent Simmonds), Marcus (Noah Jupe) and a newborn — in search of better shelter and other survivors. They find Emmett (Cillian Murphy), a friend from before the mysterious creatures invaded; Emmett has lost his wife and son and is in no mood to help out.

Meanwhile, Regan is convinced that she can save humanity. In the first film, she discovered that amplifying feedback from her own cochlear implants produces a sound that overwhelms the beasts; when the family discovers a radio signal, presumably broadcast by a group of survivors, she envisions a coast-to-coast broadcast of monster-bursting noise.

These tasks, as well as some minor business — Evelyn spends a lot of time tending to necessities of survival — do converge. Sometimes that overlap is natural (Emmett goes off to rescue Regan, then winds up joining her quest), while some is merely conveniently timed with alternating editing.

It works, it’s just not all that much. Fundamentally, the central thrust is identical to the first film — don’t get eaten, figure out a way to beat the monsters. Swapping Lee for Emmett is a step up, as Murphy proves to be excellent at acting through the silence (and Krasinski is ultimately a better director than actor), and Simmonds has come into her own. But the thrust of the action is so repetitive — tiptoe, try to get to safety — that it’ll feel like little has transpired when the credits roll.

In runtime, little has. “A Quiet Place Part II” runs a mere 97 minutes, and even that tally overstates the duration of the central story. At least the first quarter-hour is taken up with a flashback depicting the monsters’ arrival; add that segment and the end credits, and the main business of the film can only muster an hour and change of action.

Oddly, the flashback is the most lively and memorable sequence. The initial panic as the unstoppable beasts terrorize the Abbotts’ small town (Krasinski returns for this stretch) is excellent. What follows is good enough — but I’m surprised to report this is the rare occasion where a full prequel actually would’ve been a better choice.

“A Quiet Place Part II” is now playing in theaters.