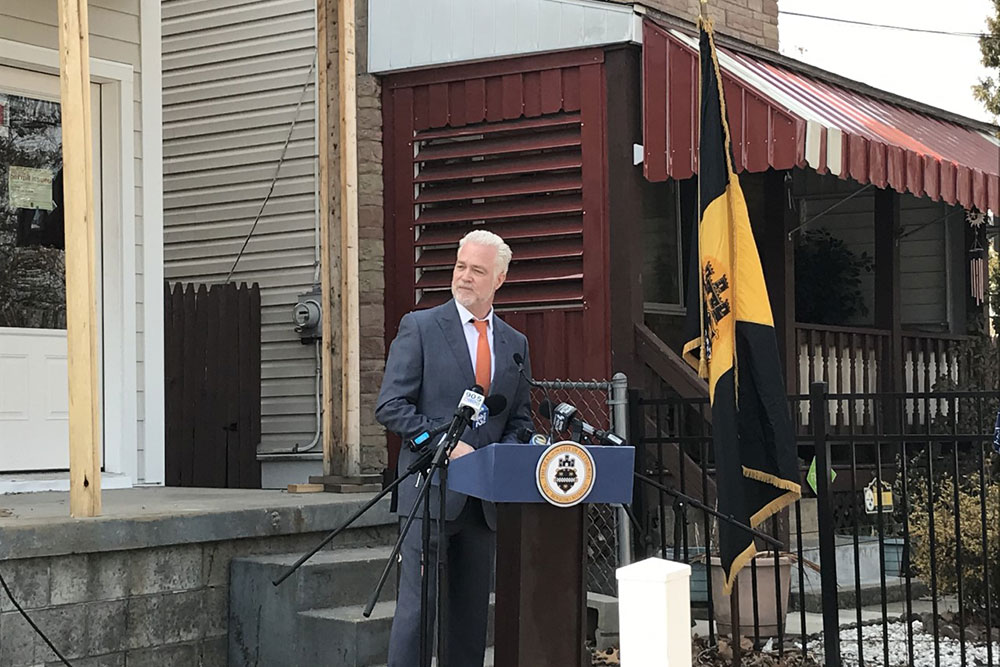 Pittsburgh Mayor Bill Peduto and the Urban Redevelopment Authority have announced a new program, OwnPGH, which aims to help residents acquire easier access to affordable housing options within the city.

OwnPGH features a $22 million dollar bond issue that will make it easier for single families to purchase and own a house. The URA will also donate $4 million dollars of its own Mortgage Revenue Bond Proceeds to further support this program, offering second deferred mortgages with no interest. Potential home buyers will be able to purchase the house with a low down payment and make use of a flexible payment plan, or deferred payments, after the property is sold to them. Buyers also would be able to use the URA money for rehabilitation costs and could be awarded up to $40,000 for any home restoration fees.

The URA plans to offer loans throughout the entire city, but priority will be given to targeted areas with greater economic disparities.

Families of three or more people in the targeted areas with a household income of up to $116,200 will be able to access loans, as will smaller families with incomes as high as $99,600, according to PublicSource.

“We expect to be able to do up to 100 homes with this fund,” Greg Flisram, executive director of the URA, said during a press conference. In essence, OwnPGH aims to turn 100 vacant properties into new homes for Pittsburghers. It will initially focus on Larimer and later spread to other areas across the city.

OwnPGH was approved by the URA board and has now passed the first official stage. The next step in the process is to receive approval for incurring tax-free bond debt from the Pennsylvania Housing Finance Agency.

“Cumulatively these efforts of OwnPGH will not only get vacant homes and lots back onto tax rolls, but improve neighborhood quality of life and help Pittsburghers accomplish the dream of home ownership,” Peduto said in a release.