The comedy, which was purchased by Apple, will have its hometown debut Thursday night as part of the JFilm Festival. 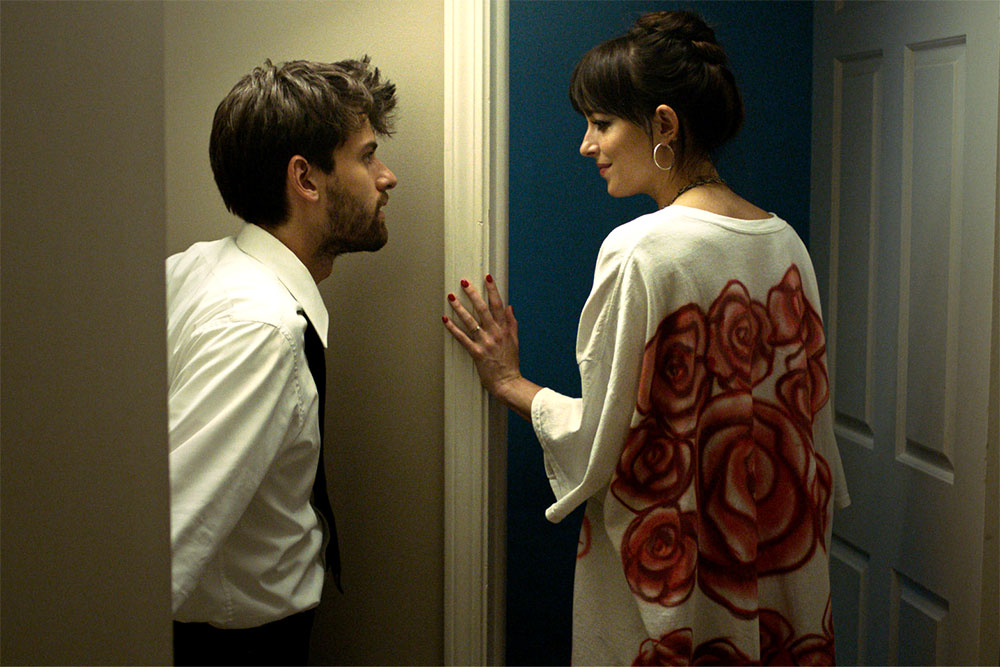 The comedy, which will make its Pittsburgh premiere this Thursday as the opening night-film at the 2022 JFilm Festival, was bought by Apple at this year’s Sundance Film Festival for a cool $15 million.

Kathryn Spitz Cohan, Film Pittsburgh’s executive director, says “CODA” and “Cha Cha Real Smooth” are “very different films,” so whether the latter is bound for the Oscar podium remains to be seen. The big appeal to audiences, she says, is writer, director, producer and star Cooper Raiff.

“He’s such a superstar. He is so good in this movie,” she says. “I was so enthralled with him. He was just phenomenal.”

“Cha Cha Real Smooth,” filmed throughout the region last year, follows a party host for bar and bat mitzvahs (Raiff) who becomes close with a young mother (Dakota Johnson) and her autistic daughter (Vanessa Burghardt). “[Burghardt] is really a young person with autism,” Spitz Cohan explains. “[In part] because of our ReelAbilities Film Festival, [it’s] my own personal mission to present films about people we don’t always see on screen.”

While viewers may recognize some familiar faces — Spitz Cohan says extras and several smaller speaking parts were cast locally — this isn’t a movie that’ll feature a lot of recognizable Pittsburgh locales. The production set up various sets inside Pittsburgh Mills mall — using some movie magic to repeatedly transform storefront spaces. “However they did it, I was blown away,” Spitz Cohan says.

Since “Cha Cha Real Smooth” is set among a series of bar and bat mitzvahs, it’s undoubtedly a thematic fit for JFilm. But “it’s so unusual for us to be playing a film that sold for $15 million at Sundance,” Spitz Cohan says. “But the timing was right” to make it one of the marquee screenings at this year’s hybrid festival.

One week after the “Cha Cha Real Smooth” screening, the festival will present a world premiere of the documentary “Repairing the World: Stories from the Tree of Life.” Rather than focus directly on the events of the Tree of Life massacre, Spitz Cohan says, the film explores “how this community banded together to say, A., we’re stronger than hate, and B., this is how we’re going to fight hate.”

This year’s in-person screenings will occur at AMC Waterfront 22, the multiplex that sits mere miles from Squirrel Hill and the location of the tragedy. Director Patrice O’Neill, who will attend the premiere, “has really worked hard in the making of the film and in the premiering of the film to think through how we might handle this screening differently,” Spitz Cohan says.

“I think it’s important that people from the community see the film; it’s really an incredible film. But … I think people need to prepare themselves to see it. It was and continues to be a traumatic event that happened in our town.”

Other films in the lineup will screen virtually for home viewing during the festival dates. Tickets and festival passes are available now; a waitlist is in effect for “Cha Cha Real Smooth,” but a limited number of tickets are expected to be available on the night of the show.