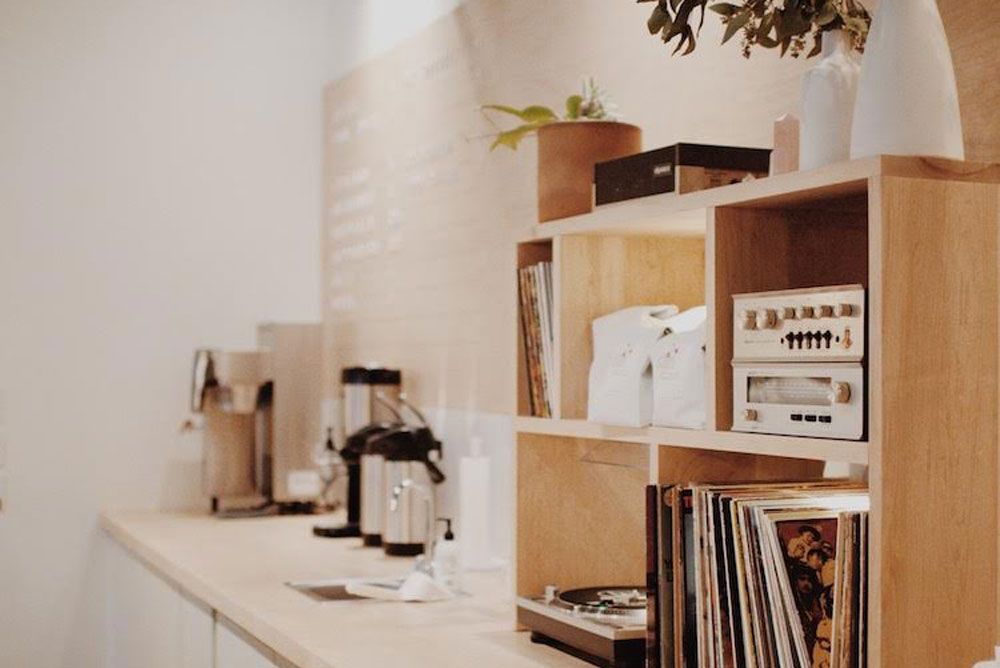 KLVN Coffee Lab is a dream of a hazy, coastal California afternoon landed in industrial Pittsburgh. The morning I went, the smell of burning palo santo wafted through the air and the space was filled with the warm tones of The Doors, Led Zeppelin and Bob Dylan spinning on a record player. The Larimer coffee shop, loosely divided into a cafe and commercial roasting space, is single floor, with large windows that make the space feel almost breezy. Plants and small neon art pieces add life and brightness. A large custom-made, double-walled drum roaster makes for a nice, functional showpiece and huge, black walnut slabs serve as a low central table. Coffee is served in small, speckled stoneware mugs made by Butterwood Bake Consortium owner Ally Slayden, who crafted the custom pottery for her friends.

“I think of KLVN as a spiritual truck stop,” says co-owner Jeff Sloan, whose life in the Bay Area, growing up in Marin County and surfing in Newport Beach, inspired the vibe of the space. Sloan wants the café to be a way for guests to tap into something deeper or to be a moment of rest on a busy day. “I want coming in here to feel like a vacation.”

Co-owners Sloan and Will Humphrey met in the Bay area five years ago when Sloan was teaching a class for RoastCo, a small-batch specialty coffee roastery. Humphrey wanted to open a coffee shop in his hometown of Pittsburgh and soon the pair were discussing a partnership. Following years as a wholesale roaster selling in small quantities to local businesses such as My Goodness, The Butterwood Bake Consortium and The Oaklander, they opened the café on February 3, which is also, auspiciously, Sloan’s birthday. 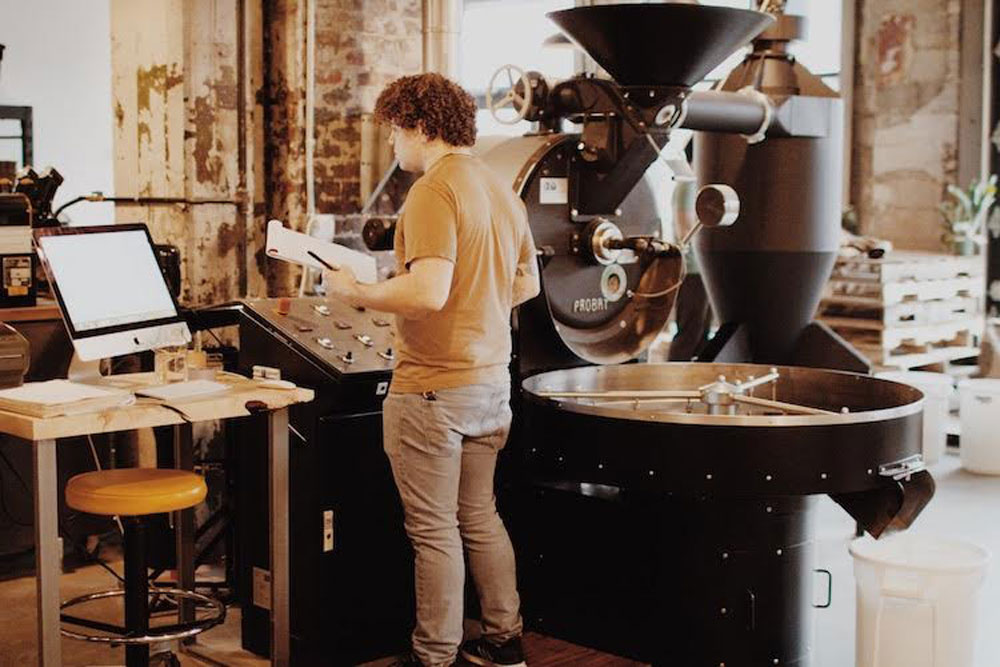 KLVN, named for Baron Kelvin and the first law of thermodynamics (heat energy cannot be created or destroyed), specializes in single-origin coffees and prioritizes direct trade business with coffee growers. Sloan and Humphrey have personal relationships with growers in Peru and Honduras, and also work with Red Fox Coffee Merchants and Farm to Roast to source beans. It’s important to Sloan and Humphries that the beans have certain terroir quality, and they’ve been willing to travel to find that, making multiple trips to Latin America, for example. “You can feel something extra, something special on the farms that grow the best coffee,” says Sloan.

Roasting is done in the West Coast-style. Sloan, Humphrey and Tim McCarthy, the production manager and main roaster, try to pull out lean, lighter-bodied and more delicate flavors from the coffees, something Sloan describes as a “fruity, prismatic essence.”

For those looking to sip a transportative brew in a close-to-home but psychically far-away space, KLVN is open seven days a week.