After meeting in Australia in 1977, the two lost touch. Now the couple has married and say they feel no time has passed. 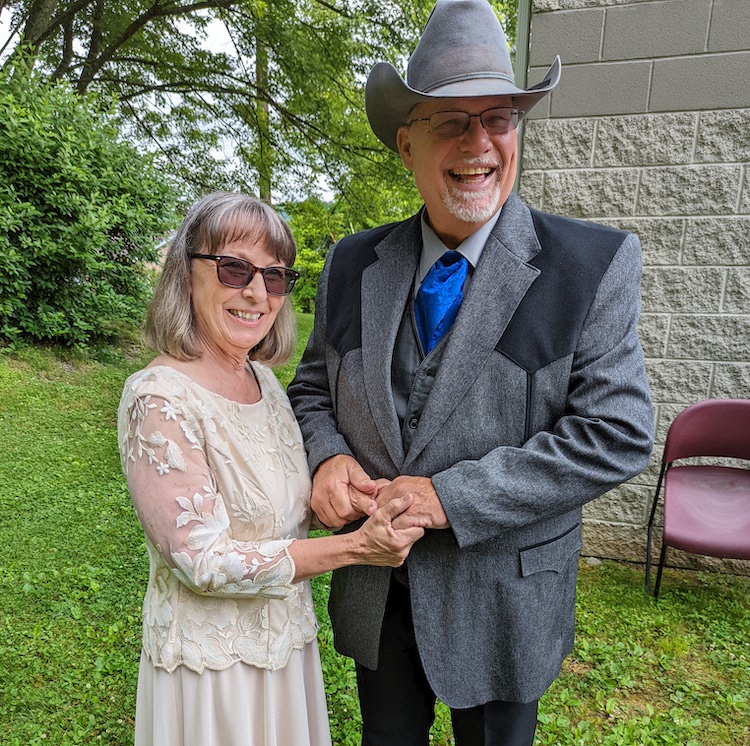 Beverly Detofsky and Doug Reichman hit it off right away when they met in the Navy in 1977.

Doug found out Bev liked dancing, so he showed her what she knew, and they were an item for the entire 18 months they were stationed at Harold E. Holt Naval Communication Station off Australia’s northwest coast.

Bev ended up extending her service, while Doug returned to the States. When she returned home to Irwin, she eventually married and was later widowed.

Forty-five years later, the two reconnected, and Doug proposed within a matter of months. The pair currently reside in Irwin, where they’re enjoying retirement, dancing and reminiscing.

“It’s just about as perfect as I think I could get it,” says Doug.

Over the years, Bev had thought about trying to get in touch with Doug. She spoke of him often to her sisters and friends and never found anyone who could dance like him. But she says she never tried to find him so as not to intrude.

“I just felt if he was married or in a relationship or anything like that I did not even want to cause any friction,” she says. “We had been together on the [North West] Cape and I was just head over heels in love with him on the Cape, and I just thought, ‘There’s no way that I would even want to interject my life into his life if he was connected with anybody.’”

Doug was a long-haul truck driver, and whenever he passed Pittsburgh on Interstate 76, he says Bev would come to mind when he saw the Irwin exit.

Bev had kept in touch with Doug’s roommate in Australia, Alfred “Butch” Heasley, who now lives in Alaska, because they had been stationed together several times. Butch would often ask her if she’d ever heard from Doug, and she would tell him she had not. When Butch was diagnosed with lymphoma this year, he told Bev he would love to reconnect with his old roommate.

Butch wasn’t on any form of social media, so Bev decided to do some digging. She found Doug’s contact information and passed it on to Butch. Once the two friends had reconnected, Doug immediately wanted to get in touch with Bev. The pair spent hours on the phone catching up.

“It still amazes me, when he first called me and I heard his voice, it was exactly the same voice,” Bev says. “I would have recognized his voice no matter where we were.”

In March, Doug finished a load in Cleveland, and Bev met him there. After spending four days with his long-lost love, Doug returned his truck and immediately retired. He moved to Irwin, and 86 days later the two were married.

“Now we just feel like we’re on one big giant honeymoon all the time,” he says. 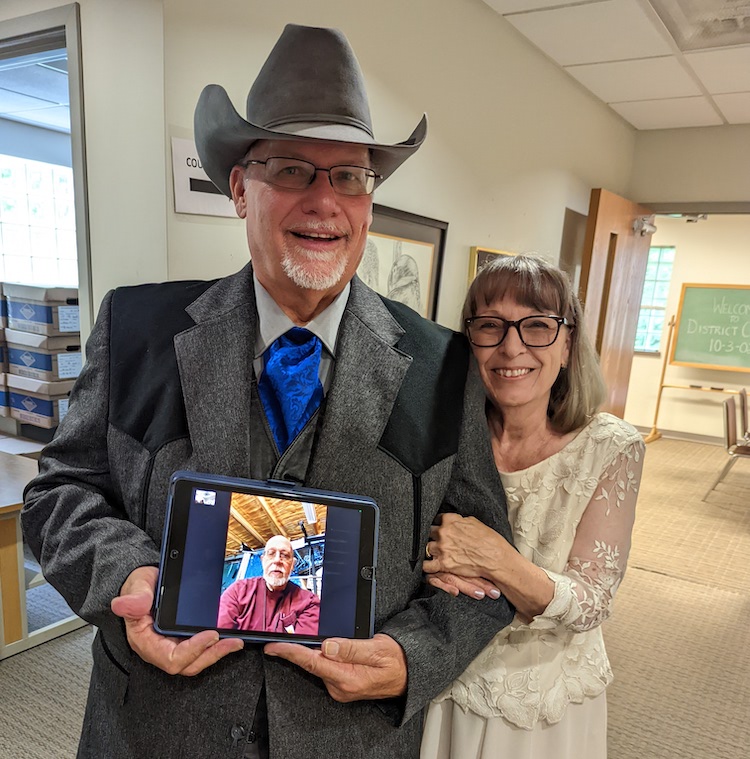 On their wedding day, Butch gave Bev away, attending the small ceremony and subsequent reception lunch at The Lamplighter virtually on Doug’s iPad.

“We both feel that God’s fingerprints are all over this relationship,” says Doug. “It’s been such a blessing, and we just feel like it was our destiny. She’ll do something and I’ll say, ‘You just took me right back to the Cape.’ Forty-five years later, but it’s just like it was last week sometimes.”

“It’s just about as perfect as I think we could get it.”