The airline removed 28,000 scheduled domestic flights from its November itinerary. 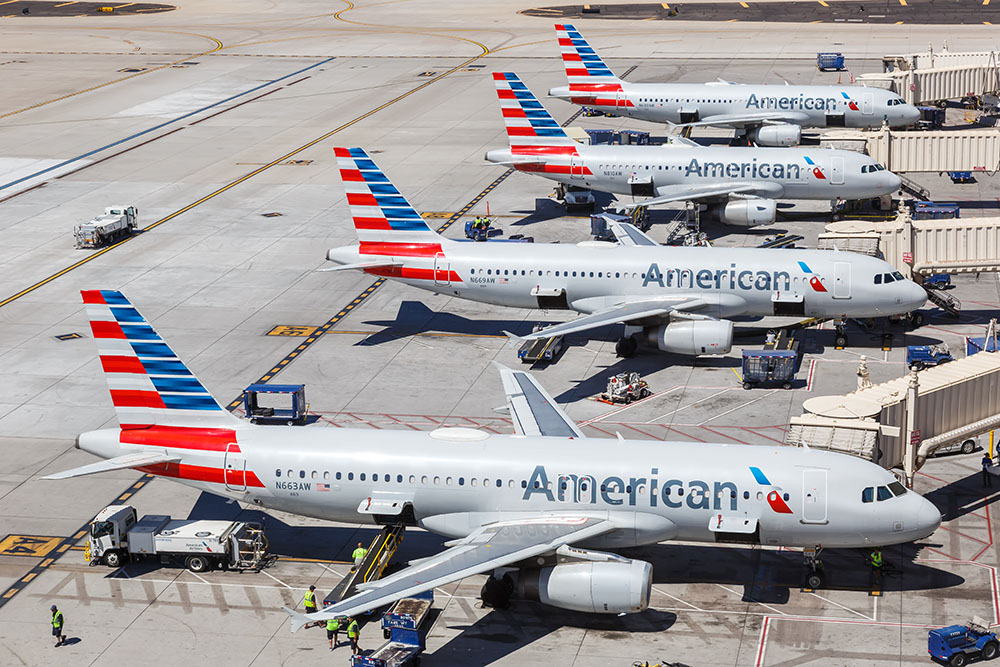 If you’re planning on traveling this holiday season, Pittsburghers may find it harder to get a flight from one major airline.

American Airlines cut 28,000 scheduled domestic flights from its November flight schedule — roughly 17% of its initial schedule for the month. Total passenger seats were also cut by 13.5%, and American is now scheduled to serve 19,000 fewer flights across the country than in November of last year.

Earlier this year, the airline also announced a cut of 7,000 flights from its September schedule, too.

Pittsburgh International Airport was one of the cities hit hardest by the cuts coming in November. This could translate to a bit of a mess for Pittsburghers looking for direct flights out of the city for Thanksgiving or even the other winter holidays down the road.

For example, a direct route between Pittsburgh and Phoenix, Arizona was flown via American Airlines 57 times last November, but there’s only a single flight scheduled to travel that route this November.

There has been talk about a national pilot shortage — an industry wide issue stemming in part from the void left by pilots who retired or took leaves during the pandemic. These staffing issues have led American Airlines — and other providers, too — to cancel flights in the past.

“We have 100 regional aircraft on the ground that we want to fly but can’t due to lack of regional pilots,” American Airlines spokesperson Brian Metham said in a statement to USA Today. “Like many network carriers, we have reduced our regional flying in recent months in response to the regional pilot shortage.”

The pilot shortage has been a long time coming, experts say. In fact, industry leaders saw signs of trouble years before the pandemic. In the late 2010s, the airline industry had predicted a record number of passengers and the need for more planes and pilots over the next 20 years. When the pandemic hit, many airlines offered attractive early retirement packages, expecting only a small percentage of the workforce to accept. But some airlines, such as Delta, saw about 20% of its workforce leave in 2020. When coupled with aging baby boomers who would’ve been retiring anyway, pandemic or not, and the shrinking of the training pipeline for new pilots, it was a recipe for the kind of cancellations, route changes and delays we’re seeing across the board today.

American Airlines hasn’t said if its upcoming November cuts are the result of a pilot shortage or other factors. But it did say that these adjustments are “in line with our approach to our network and schedule planning throughout the year.”

Preliminary schedules are published 331 days in advance and then adjustments are made closer in based on the schedule the airline actually intends to operate, officials said in a statement.

“We are now loading schedule adjustments approximately 100 days in advance, which is in line with how we adjusted our schedule in 2019 prior to the pandemic,” the airline added.

It also said that travelers who may have their pre-scheduled flights impacted by these changes will be notified about an alternative flight.