While the interior of the brewery isn’t quite ready to open, Golden Age will host a casual hangout in its outdoor beer garden this weekend, offering visitors a first taste of its two beers. 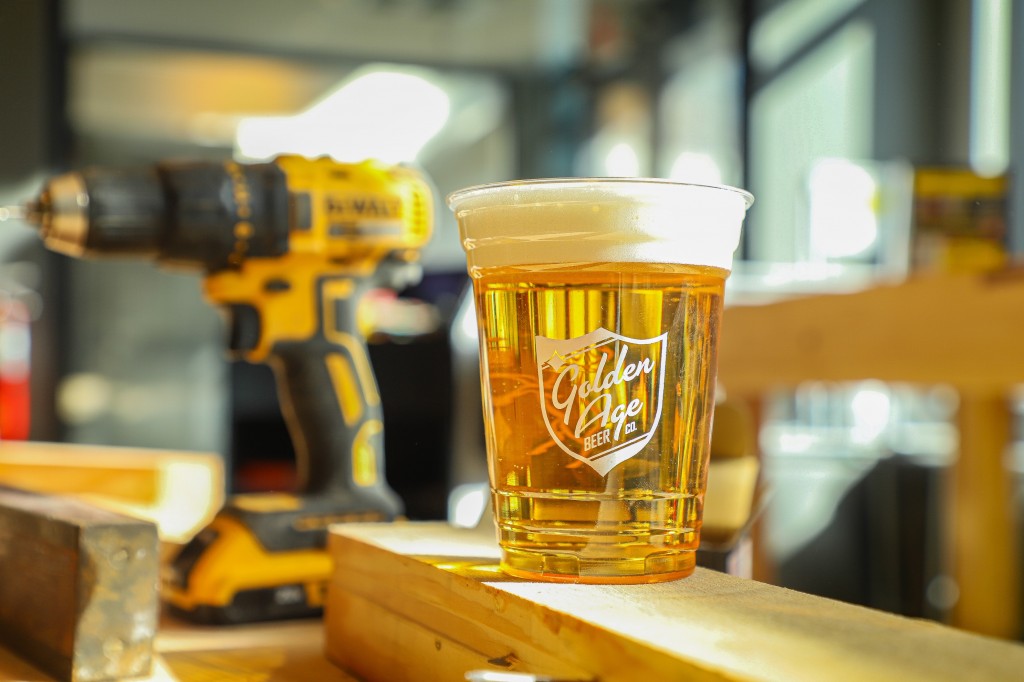 In an era of over-hopped hazy IPAs and ultra-stout brews that top 10% ABV, Golden Age Beer Company aims to offer beer you don’t have to think too hard about.

The brewery is located in the old Enix building in Homestead. Peter Kurzweg, Golden Age’s co-owner, says it’ll be opening as soon as the space — and the pilsner bubbling away in one of its 15 BrauKon tanks —  is ready.

With his brother Matt Kurzweg and Adam Henry, Kurzweg also co-owns Independent Brewing Company and Hidden Harbor in Squirrel Hill and Lorelai in East Liberty. Golden Age is conceptually different from the rest of his business ventures, but he hopes it’ll curate a sense of community that remains consistent across the board.

“For Lorelai, we’re wood-fired pizza. We’re German and Czech-forward beer. At the Independent, we’re this kind of eclectic, gastropub-type menu. We’re American craft beer for the most part, with dabblings of funky European ciders and Belgian beers and stuff like that. Hidden Harbor is its own thing — this 1930s or 1940s throwback tiki-era reimagination,” Kurzweg says.

He explains that Golden Age will be a lager-forward brewery, with most of its original lagers brewed in-house (though it’ll also carry beer from other local brewers such as East End Brewing, Dancing Gnome, Stick City Brewing Company, Necromancer Brewing, Grist House Craft Brewery, and Old Thunder Brewing Company).

Lagers take a little longer to make than ales. The pilsner Golden Age is currently brewing is set at a low and slow 54 degrees; in comparison, most ales are brewed in the high 60s. The lower temperatures slow down the yeast metabolism. The result is a milder, more refreshing flavor profile that many brewers think is well worth the wait.

Head Brewer Aaron Dahl, a Chicago expat who met Kurzweg a few years ago at a beer event at Grist House, says the challenges of brewing lager are what drew him to Golden Age in the first place.

“It’s typically a longer process that requires a lot more patience and a much more delicate hand than an IPA would,” he says. “It’s not that IPAs don’t require that, but this is an incredibly focused process that requires a lot of attention to detail. That’s why I was attracted to it. It’s such a disciplined thing and it’s something that I’ll never truly figure out, which is exciting. It keeps me hungry and always wanting to improve.” 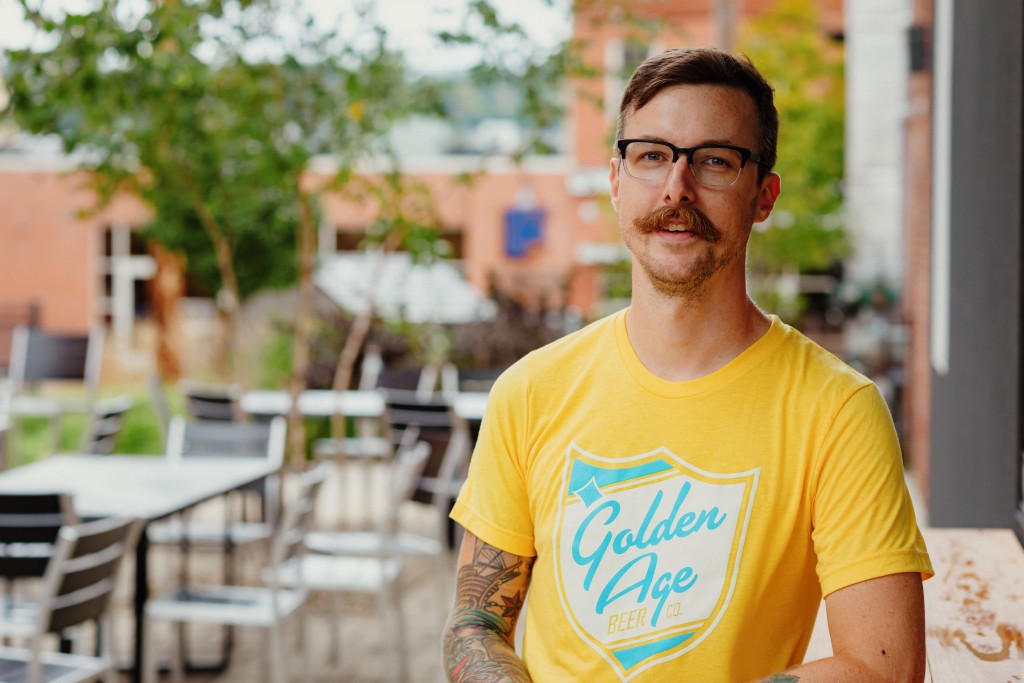 Even though the lagers probably won’t be ready until the beginning of January, Golden Age will be hosting a casual hang-out in its beer garden at 337 E 8th Ave this Friday and Saturday, Nov. 19 and 20. It’ll feature live reggae music by the band Truth and Rights on Friday and music by DJ MB and DJ Mary Mack on Saturday, plus cocktails and tacos from Hidden Harbor and a first taste of two Golden Age beers: Golden Age Pale Ale and Golden Age Kölsch.

Dahl hopes the two ales will remain on tap at Golden Age, even as they move forward with their selection of lagers.

Both ales are easy-drinking and subtle; the Pale Ale is crisp, clean and aromatic, and the lager-adjacent Kölsch has fruity notes and malt character that manages to hold onto that hoppy bitterness while remaining refreshing and light. Lager lovers will likely prefer the Kölsch, but the full-bodied Pale Ale is a balanced option for beer aficionados and casual imbibers alike.

Once things are in full-swing at Golden Age, they’ll also offer food — the establishment has a full restaurant license — along with other cocktails, non-alcoholic drinks and wine under the guidance of Maddie Burton, who has served for the last six months as the general manager at Hidden Harbor while curating wines for the Independent and Lorelei.

“We want to be able to have something for everybody who comes here. Non-alcoholic options, things beside beer for people that can’t have gluten or want something different,” Burton says. “We want people to be able to come here and stay for as long as they want, not have the one person that’s like ‘well I can have water and get something at the next place.’”

Enix Brewery shut down in January 2020, and Kurzweg closed on the building in September of this year. The space included a wide-open interior with ample room for seating and the BrauKon tanks, which guests will be able to see through a glass wall. It also included the outdoor beer garden and a bowling alley next door.

(Kurzweg says they’re going to be working on the bowling alley, but they’re keeping their plans there tight. They don’t want to spoil the surprise, but promise there’s a lot in the works.)

Kurzweg appreciated the history, earnestness and resilience of the Monongahela Valley, and that’s reflected in the brewery’s goals. Golden Age, he says, is not interested in chasing trends.

“[The name] inherently can apply to the future, the present, the past. It’s not locked into any of those things,” Kurzweg says. “You use the words ‘golden age’ to describe the past like, ‘The 1950s was the Golden Age of rock ‘n roll.’ But you can also say we’re living in the golden age of craft beer, or you can say that Homestead is about to have a second golden age. We really liked the accessibility of that name.”

He adds that Golden Age is ultimately interested in doing something pure that brings the community together.

“The purpose is … to make a community that is truly for everyone, and make a place here that can be a focal point for people to come together, whatever their background is, and swill on some beer,” he says.