The Give Big Pittsburgh donation portal will remain open through Dec. 31. 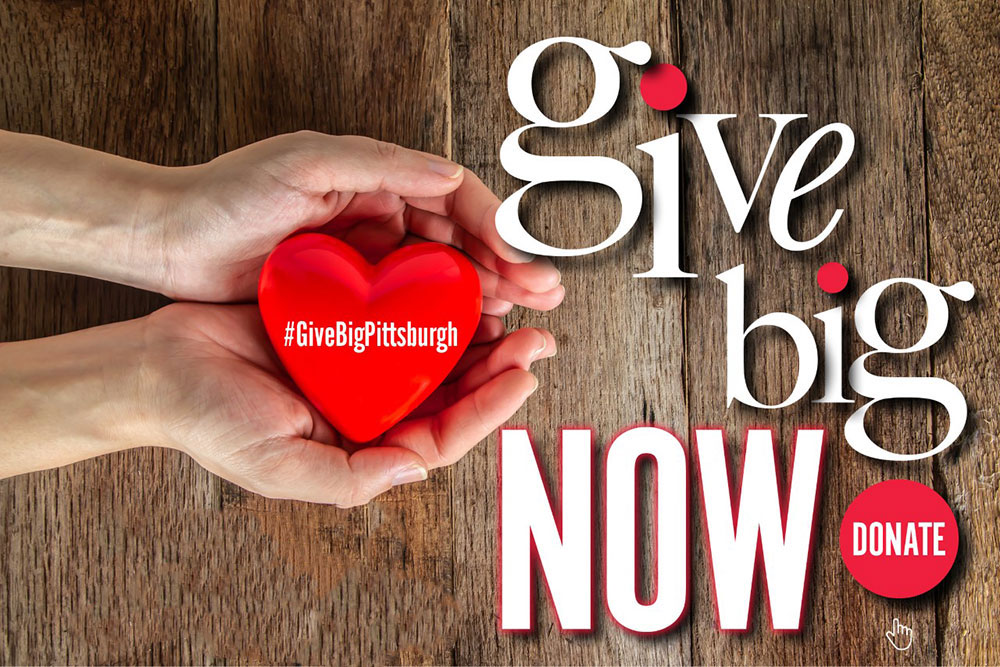 In the 24-hour giving window, nearly 10,000 donors raised $3,000,462.87 to support incredible causes that benefit those in need, such as animal rescues, food insecurity programs and libraries and literacy programs.

“Many of us at the magazine watched the climbing donation numbers on the Give Big Pittsburgh website all day Tuesday with excitement and gratitude, It always warms our hearts to see how generous Pittsburgh is,” says Pittsburgh Magazine Vice President and Publisher Betsy Benson.

Pittsburgh Magazine has partnered with GiveGab, an online donation platform, since Give Big Pittsburgh’s inception in 2017, and the heartfelt contributions have continued to pour in the Tuesday after Thanksgiving each year. More than $14 million has been raised for Pittsburgh-based nonprofits since the start of the fundraising campaign.

If you missed Giving Tuesday, but would still like to contribute, the donation portal will remain open through Dec. 31. You can access the portal and a list of the benefiting organizations here.

As of Wednesday morning, the website listed the following top 10 organizations with the most raised funds and the most donors.

Give Big Pittsburgh Donation Portal Will Close On Dec. 31