Get Your Irish On: Pittsburgh’s St. Patrick’s Day Parade Returns 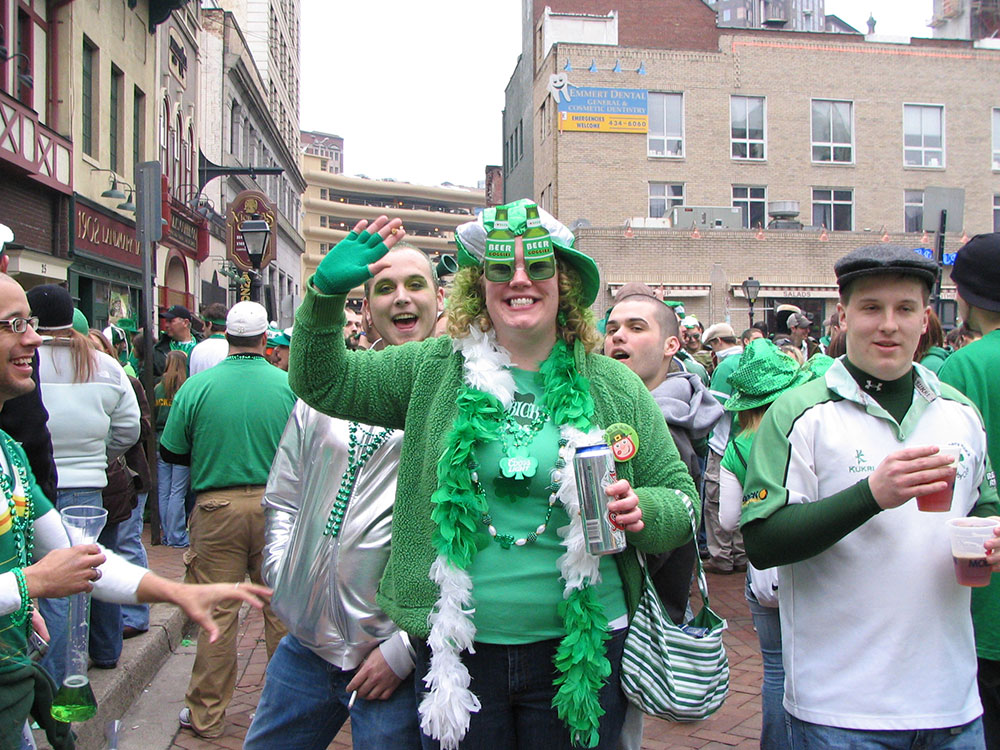 Pittsburgh’s big St. Patrick’s Day Parade is scheduled for Saturday, March 12 at 10 a.m. — right when it’s supposed to be held. It’s an annual tradition that began 150 years ago as a way to honor the patron saint of Ireland and has since evolved into one of the largest St. Patrick’s Day celebrations in the U.S.

If you’re wondering about the weather and potential for snow, click here for the latest forecast.

Featuring Irish step dancers, marching bands, military members, community organizations and Punxsutawney Phil, the parade begins at the Greyhound Bus Station at the intersection of Liberty Avenue and 11th Street. Staging takes place from the bus station and away from Downtown to 26th Street. The parade proceeds from the intersection of Liberty and 11th Streets to Grant Street to the Boulevard of the Allies, where it turns right. The parade proceeds on the Boulevard of the Allies to the Reviewing Stand at Stanwix Street then disburses at Commonwealth Place.

Its website boasts that it’ll take place “rain, snow or shine,” but the pandemic has disrupted the festivities for the last two years.

In 2020, the parade was supposed to happen right after the first wave of pandemic restrictions went into place. In the uncertain early days of the pandemic, the city and its organizers canceled it.

“The health of our residents and visitors to our city must be our main priority,” then-Mayor Bill Peduto said in a release dated March 11, 2020. “This mitigation measure will help keep people in Pittsburgh and Western Pennsylvania safe.”

As life came to a standstill for many, closed shops and restaurants remained decorated in shades of green for months — a haunting reminder of what was missing. At the time, there were only 14 cases reported in the commonwealth, none in Allegheny County.

A year later, much had changed, but much had stayed the same. Late March and early April 2021 saw the so-called “fourth wave” of COVID-19 cases, attributed to high school and college sports, small and large gatherings and a tentative return to in-person work.

Thus the parade was postponed to allow time for cases to decrease and for more folks to get vaccinated. It took place in September, serving as the city’s “halfway to St. Patrick’s Day celebration.”

The parade’s annual button party is scheduled for March 4 from 5 to 7:30 p.m. in the Grand Hall at The Priory. You can purchase an exclusive, official parade sponsor button from the parade’s store or from a member of the fundraising team. That button will grant you access to an evening of food, drinks, music and other festivities.