Fish Fry Profile: Why This Lenten Tradition is So Important to Rainbow Volunteer Fire Company

The annual event, in its fourth decade, has grown considerably over the years. 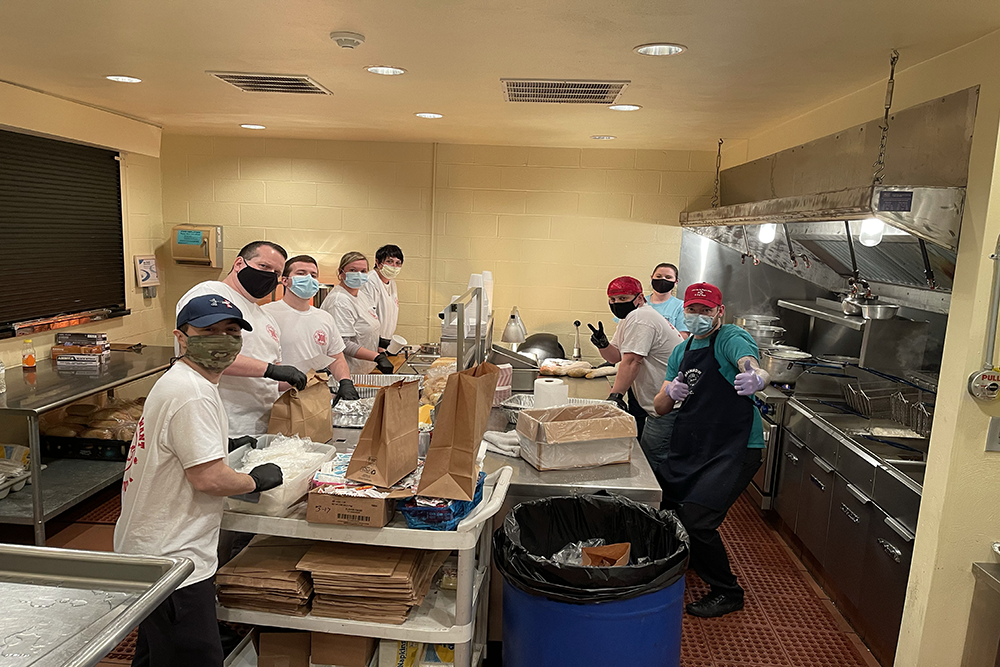 Fish, and lots of it, is cooking at Rainbow Volunteer Fire Company in White Oak.

Fire Chief Brandon Schmidt says the company’s annual Lenten fish fry is its biggest fundraiser of the year, comprising between 40-50% of its annual income. It has grown considerably over the years; having started with a single fryer, the operation now boasts a commercial-grade kitchen with four to five fryers and as many as 17 people in the kitchen and prep area during the dinner rush each Friday.

“It’s definitely a biggie,” Schmidt says. “This fundraiser and fundraising in general is pretty important to the volunteer fire service. It lets us be able to do what we do to answer calls. By far, [the fish fry] is our biggest moneymaker.”

They’ve held a fish fry every year for about four decades, Schmidt estimates. While the company gets grants and some funding from its municipality, Schmidt says it doesn’t cover everything. The money the fish fry brings in is used largely to cover the cost of fire apparatus, which has gone up significantly in the last 20 years.

“These fundraisers really help to offset the cost of everything from the gear we wear to the trucks themselves and the gear we put on them,” he says.

There’s pride in ownership, too, Schmidt adds; knowing that their hard work bought the gear they’re using is a source of pride for many of the volunteer firefighters.

“We make sure they get the best equipment that there is on the market, that they don’t want for anything on the fire equipment side, because they shouldn’t,” Schmidt says. 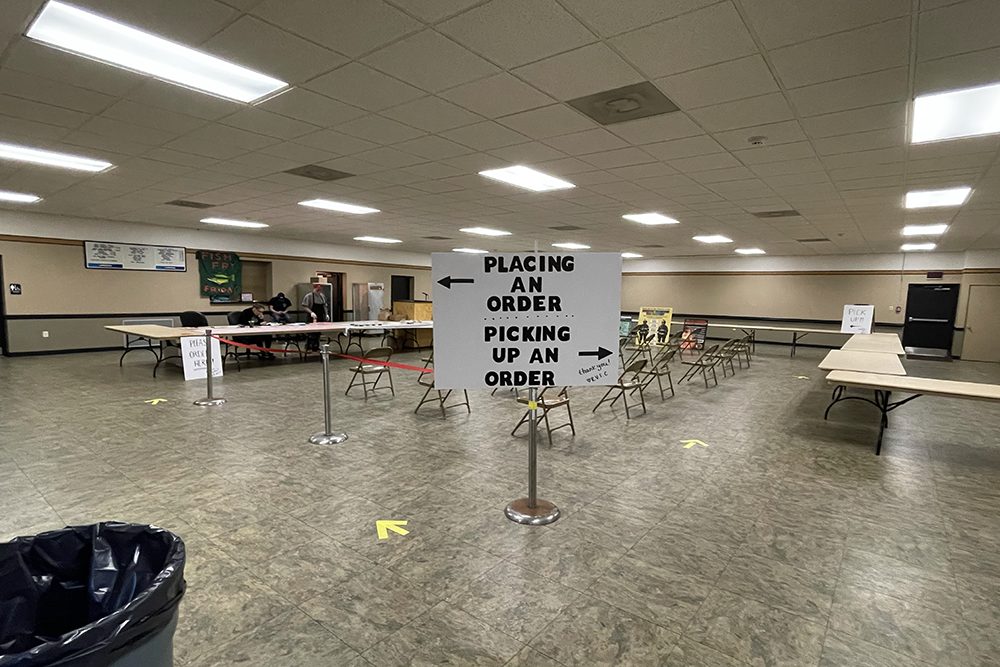 Like almost every organization, Rainbow Volunteer Fire Company has felt the heat of pandemic-era challenges, including a higher price tag on fish and other supplies needed to pull off an event like the fish fry.

“The price on mostly everything went up. We kind of expected it with everything that’s going on in the world,” Schmidt says. But he isn’t too upset. “To quote one of my favorite leaders, Mike Tomlin, ‘It is what it is.’”

The cost of the fish Rainbow Volunteer Fire Company buys went up about 30% this year, if not more. Similarly, the cost of the oil they use to fry the fish almost doubled.

Nationwide, the cost of seafood and its accouterments have been rising steadily since the onset of the pandemic. The wholesale price of finfish and shellfish rose 18.8% from June 2020, according to the Bureau of Labor Statistics. Halibut soared from $16 a pound to $28, while blue crab skyrocketed from $18 to $44 — an increase of more than 140%.

Some churches and volunteer organizations were forced to cancel their fish fries this year because the price increase was just too much. But Rainbow Volunteer Fire Company has never missed a fish fry, even though the shutdown in early 2020 forced them to stop that year’s event a bit earlier than usual. This year, they decided to plug along with the event, despite a higher cost of operation.

Schmidt says they had to work in good faith; paying more for the products, they had to expect — and hope — that they’d be able to make their money back on it. And so far, things are going well.

“We’re happy,” he says. “We think we made a good decision in paying more for the product and everything. Just because the price went up on oil, we aren’t looking for a cheaper oil. We want to still get a good oil to cook the fried foods in and everything too so the food still tastes good and people want to come back.” 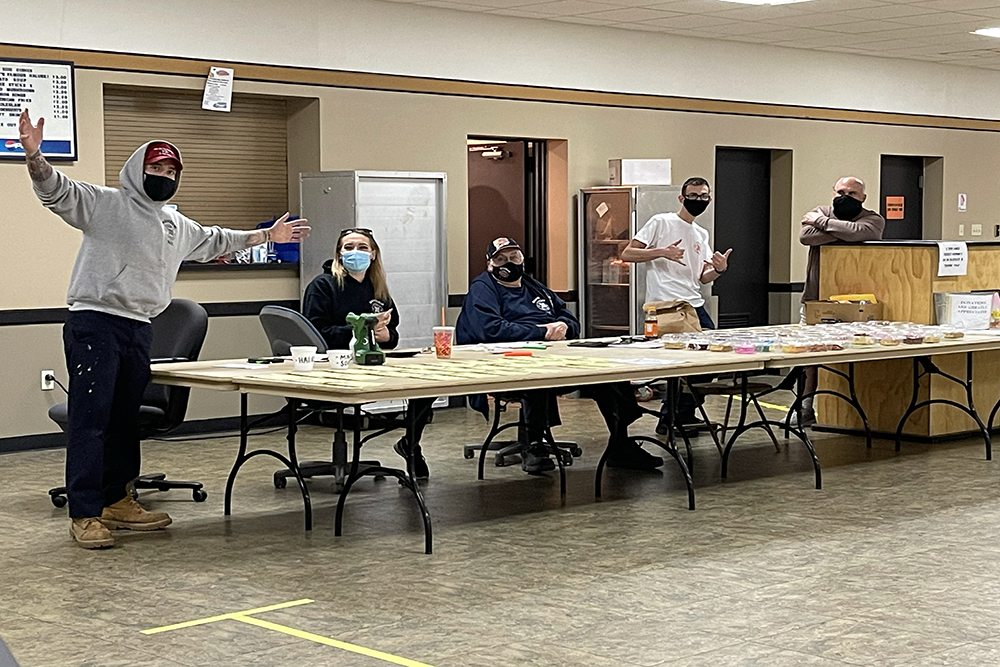 The prices on Rainbow Volunteer Fire Company’s fish fry menu are slightly higher than in previous years to reflect the inflated cost of goods, but organizers tried their best to space out the extra dollars so no one product increased too much. The biggest jump was an increase of about $2 on the fish sandwich. Everything else, Schmidt says, was pretty much negligible.

Pulling off an event such as the fish fry is hard work — as soon as one fry ends, Schmidt says the team is doing inventory and prepping for the next week’s. But the fish fry is something he enjoys since it gives him a great excuse to spend time with the volunteers at his station.

“I am very, very fortunate; I have a great group of women and men. I love all of them. They’re great. They bust their butts,” he says.

He adds that the fish fry is “one of those quirky Western Pennsylvania things” that gives the region its own identity and reputation.

“Embrace it while you’ve got it here for the next six weeks or so for the Lenten season,” he says. “Enjoy.”