The cost of some seafood products has increased more than 100%. 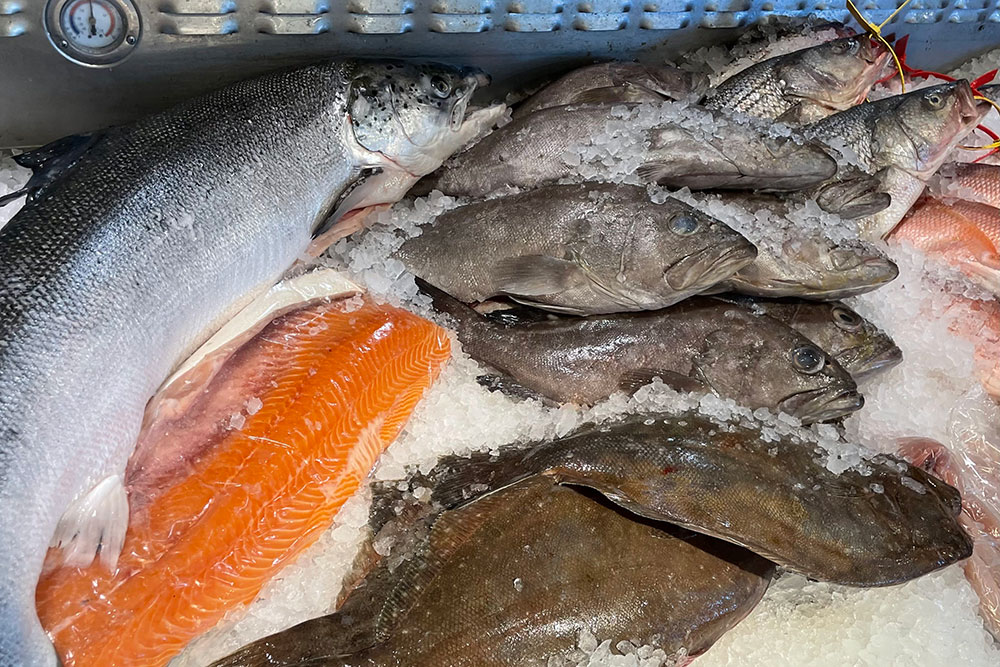 It’s the cost of seafood — experts say this industry, too, has been hit by the same supply chain headaches and staffing difficulties that have caused hiccups in sectors across the country. Last August, Smithsonian Magazine reported that the wholesale price of finfish and shellfish rose 18.8% from June 2020, according to the Bureau of Labor Statistics. Halibut soared from $16 a pound to $28, while blue crab skyrocketed from $18 to $44 — an increase of more than 140%.

This is all translating to higher prices for consumers, and local businesses are feeling the heat.

“I almost feel embarrassed about our prices,” says Henry B. Dewey, co-owner of Penn Avenue Fish Company in the Strip District. “I just wanted to run a simple fish market, and now I feel like I’m slinging gold.”

Dewey says most of the shop’s staple items have increased in price, as have the plastics and packaging containers they use to store the fish. Every step of the process has become more complex, from pumping expensive gasoline into the boats that carry fishermen to finding workers to do the job in the first place. Coupled with inflation and scarcity — too much demand for too few goods — prices have soared. Dewey says he can’t pinpoint any specific reason. It was just the perfect storm.

“It’s like a little sliver of each one, and they add up to a big piece of pie,” he says.

The result has been a bed of uncertainty for Dewey and his customers, too.

At first, costs increased by about 20% on most of the shop’s staple foods, and then it rose again — this time to 40 or 50%. On some items, like crab legs, the price kept climbing until it was up by a whopping 150%.

Things got bad shortly after the pandemic started. At first, Dewey says it was like the Wild West; no one was quite sure what would happen next, and restaurants quickly shut down. After they were able to reopen, the costs started to climb. 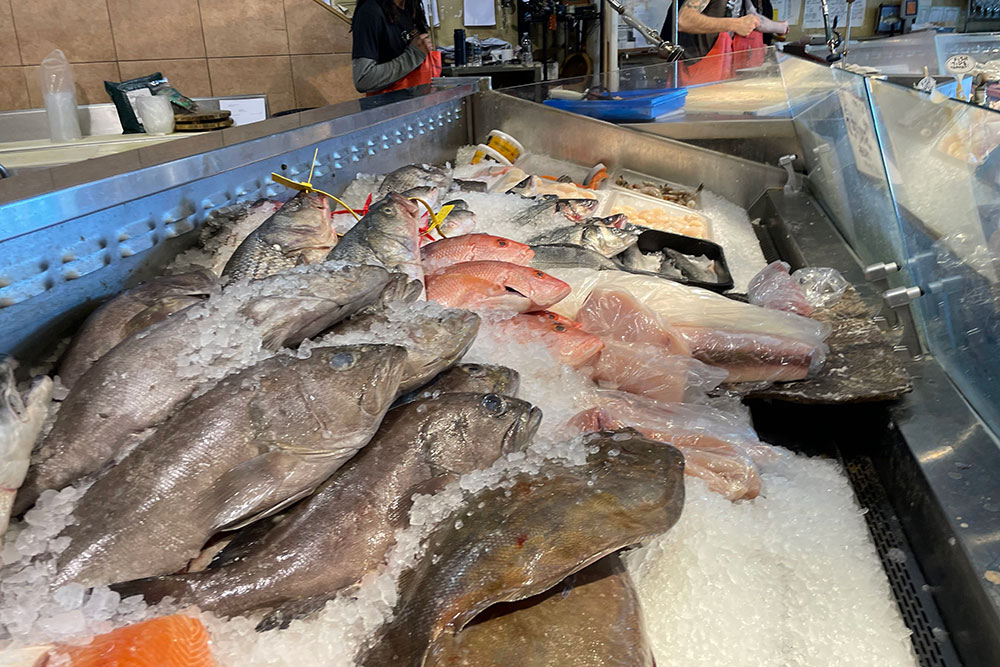 “We really took it on the chin the first month. We spent a lot more than we made,” he says. “The only step you can do is either cut down the portion or raise the price.”

And so up prices went. Dewey says Chilean sea bass is $42 per pound right now. Before the pandemic in 2019, the average cost of the fish was about $30 per pound.

“I don’t think I would be able to personally shop here,” he says, citing the high prices.

According to a recent report from the U.S. Department of Agriculture’s Economic Research Service, high costs of fish and other meats are expected to persist through the first half of the year due to higher-than-average exports and low production.

It isn’t just the restaurant industry that’s struggling under the weight of inflation. 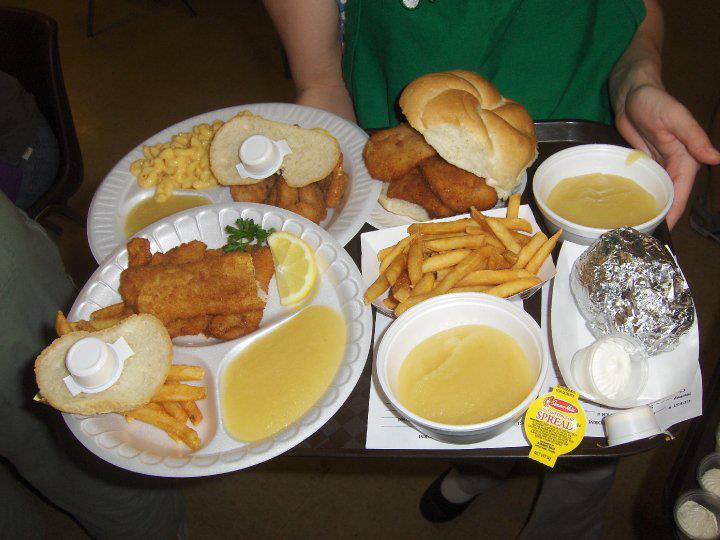 Washington County’s Observer-Reporter wrote Tuesday that higher prices have appeared on local fish fry menus as churches and fire departments prepare for Lent, which begins on March 2. In fact, KDKA reported that some local entities were encouraged to place their orders with seafood distributors as early as November in order to ensure they arrive in time for Lent next month.

Early ordering also means early payment. Other organizations who either couldn’t afford to pay early or couldn’t source fish at all were forced to cancel — sometimes for the first time in decades.

Holy Angels, a Roman Catholic Church in Hays, was forced to cancel its fish fry this season because it was unable to get the fish it has used for 50 years. Similarly, Manor Volunteer Fire Department also had to cancel this year’s fish fry because its supplier couldn’t guarantee fish.

“We regret to inform you that due to supply chain issues, we will not be doing our fish fry this year,” the organization posted to its Facebook page on Jan. 29. “Our apologies to all of our patrons. Hopefully the future will bring more stability.”

Dewey, too, is hopeful that stability may be on its way.

“I did hear some prices coming down,” he says. “The crab meat price came down $3 or $4. The Chilean sea bass prices are starting to come down. Tuna came down just a hair. So, hopefully it’ll just start dropping.”