Our dining critic has got his eye on two recent additions to Pittsburgh’s restaurant scene. 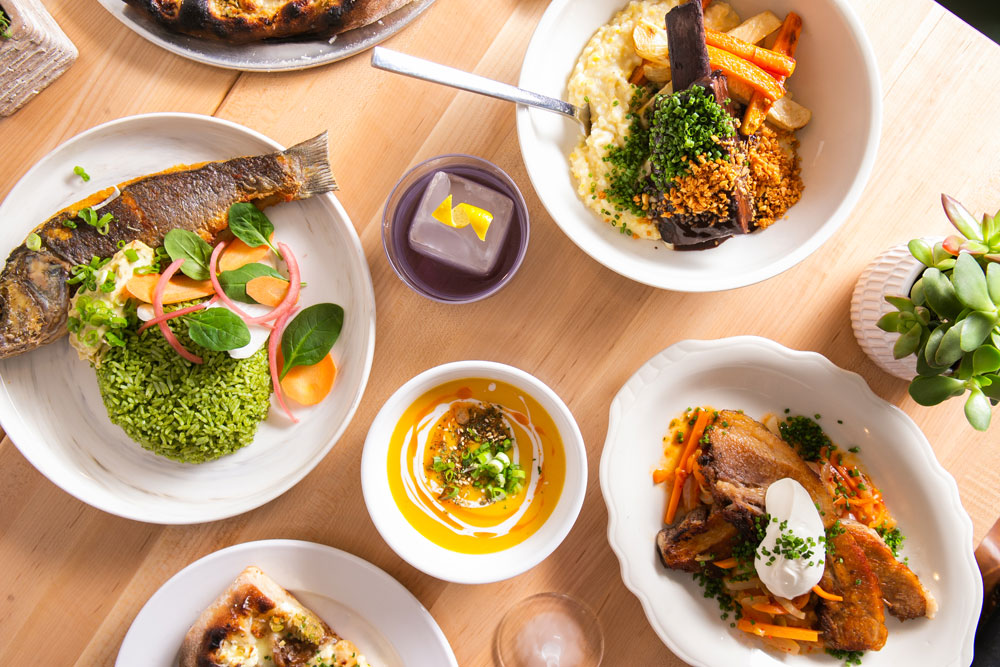 Bar Botanico
I was skeptical when I heard about the way you’re supposed to order at Bar Botanico. The idea, more or less, is that you tell a bartender or server what you are in the mood for, and they whip something up based on your stated preferences. It struck me as a little throwback (Bar Marco, among other places, did the same thing years ago with its bar program) and a bit too clever.

It sure is nice to be proven wrong. I’ve been twice; so far, I dig just about everything that’s happening at the hip Lawrenceville establishment. “It’s about getting people to say OK to this. That’s the fun part,” says Kelsie Singara, who owns Bar Botanico with her husband, Jeff Walter.

The longtime bartender started thinking about the concept a few years ago while living in San Francisco. Once back in Pittsburgh, she decided the timing was right to move forward. She and Walter converted an old dentist’s office into a curated space that feels very of-the-moment. “I’ve always wanted that experience that when you walk up to a bar and you have a drink you’re craving but you don’t quite know what it is, and it arrives in front of you,” she says.

I like that the bar staff has an in-depth knowledge of classic cocktails. When I said I was in the mood for “gin” and “slightly bitter,” I was offered a Martinez. It was exactly what I wanted.

Singara went beyond her initial vision; Bar Botanico looks to be a promising restaurant opening, too. “I knew what my vision was for [the bar program], but I never really had a clear picture for [the food program]. And that happened when we met Rafael,” Singara says.

Rafael Vencio is a well-regarded Pittsburgh chef who earned his chops at Legume, where he was the restaurant’s sous chef prior to launching Aubergine in 2016 as part of the first class at Smallman Galley. Following his stint there, he started the pop-up Kanto Kitchen, where his Filipino-focused meals played to capacity crowds, and moonlighted in several Pittsburgh restaurants, including Independent Brewing Company.

Customers choose a primary focus (meat, vegetarian, fish, etc.) and offer a few likes and dislikes, and Vencio builds a custom menu featuring two small plates and a main dish around that request. Vencio has a general idea of what he might offer each day, which is influenced by the season but also by what he’s feeling curious about cooking. Minimizing food waste, something that’s been part of his ethos since his time at Legume, factors into his menu planning.

“It’s going back to culinary techniques. It’s about acquiring the right inventory. And, no matter what I do, I gravitate toward Filipino flavors,” he says.

A recent visit included a meat set that featured pulled pork and hominy topped with an array of herbs that was served with fried avocado and cilantro rice as a main, and butternut squash soup and grilled winter greens as sides. A vegetarian set came with house-made basil pasta topped with chickpea stew, plus grilled carrots, greens and charred broccoli. Both meals were cooked with precision and substantive in a way that felt nurturing.

Vencio hopes that the establishment will become part of people’s routines. “Come with an openness to experience. We want to earn your trust. Eventually, it should feel like you’re coming over to your friend’s house,” he says. 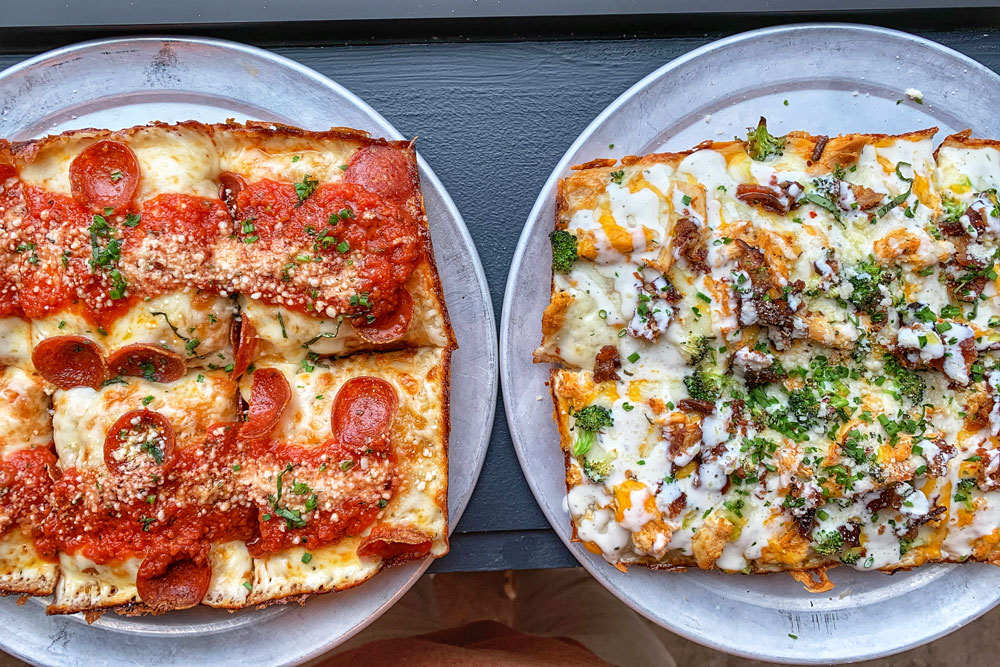 Iron Born Pizza and Pasta
Peter Tolman opened his flagship storefront for Iron Born in the Strip District in mid-December. He first introduced his spin on Detroit-style pizza to Pittsburgh in 2017 as part of the second class of Smallman Galley chef/owners and opened a small take-out location in Millvale in November 2018.

For the uninitiated, Detroit-style pizza was created in — wait for it — Detroit. It dates back to the 1940s and largely remained a regional style until the early 2010s; the opening of Emmy Squared in Brooklyn in 2016 brought the form to national prominence. Detroit-style pizza begins with a dough baked to a lofty-yet-airy thickness in a slightly angled blue-steel pan. Cheese is spread to the edges of the dough with the intention that some of the cheese bubbles over and bakes into the outside, creating a caramelization similar to one you’d find on the corner slice of mac-and-cheese. Although the pizzas at Iron Born are billed as single-serving pies, they’re rather indulgent. Good thing they reheat well.

Tolman and his team of pizzaioli are offering a menu of approximately 20 permutations, everything from a classic Red Top with pepperoni and garlic oil to more fanciful builds such as Cheeseburger Pie, which even has pickles and special sauce. On an initial visit, I found them to be even more delightful than the ones I enjoyed at Smallman Galley; Detroit-style pizza might not be everyday food, but it sure is a nice treat. Tolman also is offering a Sicilian-style pie in the Strip District location; it’s something I’m looking forward to trying.

Ryan Peters, most recently sous chef of Fish Nor Fowl, joins Iron Born as pasta chef. He has for the past year dedicated himself to the craft of pasta making, preparing at least one pound per day as practice. His handcrafted offerings at Iron Born include rigatoni, orecchiette, penne and spaghetti, all of which can be customized with various sauces and mix-ins. I went classic on my visit, with meatballs and spaghetti that hit all the right notes.

Iron Born’s menu is rounded out with a handful of appetizers, chicken wings and Caesar salad, as well as sandwiches such as chicken parmesan, Italian hoagie and a ridiculously tasty smoked pork, special sauce and pickle situation that I dug as much as the pizza.

Olive Beals, who most recently was bar manager of Union Standard, oversees the front-of-house as well as the beverage program, which includes a handful of pizza-friendly drinks such as Fernet and Coke, Lambrusco punch and an espresso martini.

This article appears in the February 2020 issue of Pittsburgh Magazine.
Categories: Eat + Drink Features, From the Magazine, Hot Reads