After ScareHouse, I wondered if this Bethel Park attraction would be just as terrifying. 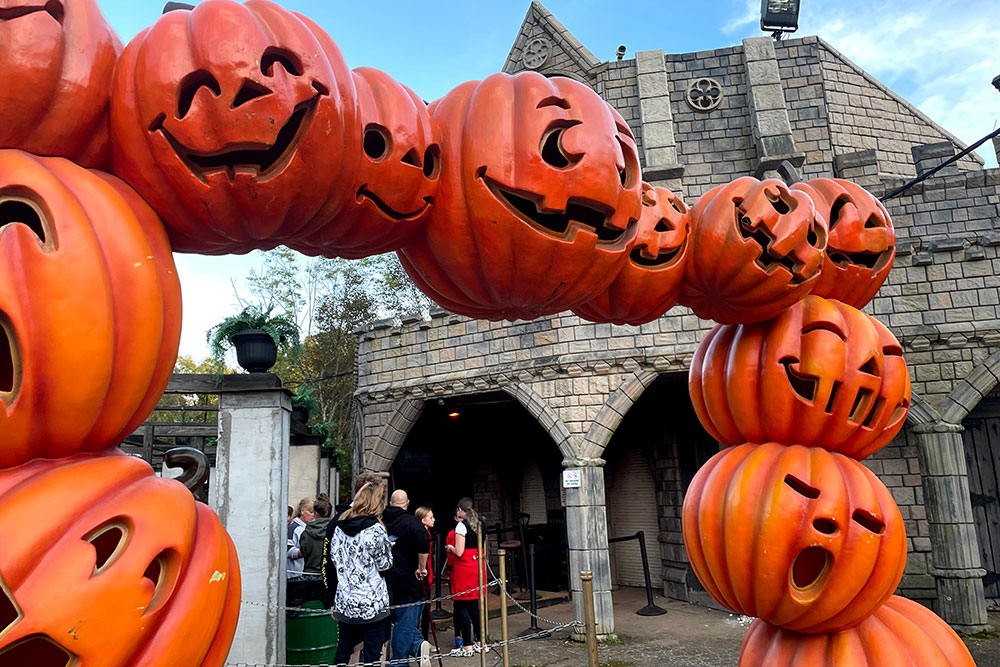 Emboldened by my ability to make it through Scarehouse, I confidently made my way to Hundred Acres Manor in Bethel Park. But as I drove down a winding road and caught my first glimpse of the intricate attraction, my confidence waned — and my excitement grew.

I’d heard good things about this haunt. (And by good, I mean terrifying.) From its allegedly Hollywood-quality special effects to its sprawling mile of scary stuff, it seemed daunting, to say the least. But I was eager to see what all the hype was about. Scarehouse had proved to me that being in a dark room with strangers trained to terrify was actually fun, and Hundred Acres Manor seemed to be the natural next step. Or a step off the deep end. Time, I decided, would tell.

Full disclosure: I didn’t explore the so-called “add-on attractions.” While the Scream Bar, located outside the manor with four Straub Brewery beers on tap, seemed appealing, I had a half-hour drive home, and I knew I’d have to parallel park somewhere on the South Side at the end of it. (That’s something I can barely do sober.)

I also steered clear of the haunted maze and a burial simulator that grants participants the privilege of hearing the sounds, smelling the scents and feeling the movements of being buried alive, because those seem like the kind of things you have to work your way up to doing. Baby steps, right? But as for the haunted house itself — I survived! This job might turn me into a horror buff yet.

The sun was still up when I arrived, and there were only a few cars in the grassy parking lot across the road. The concession stand and gift shop hadn’t opened yet, and just a few families and groups of teenagers leisurely poked around the grounds, alternating between admiring the grotesque decor and teasing each other about being afraid of it. 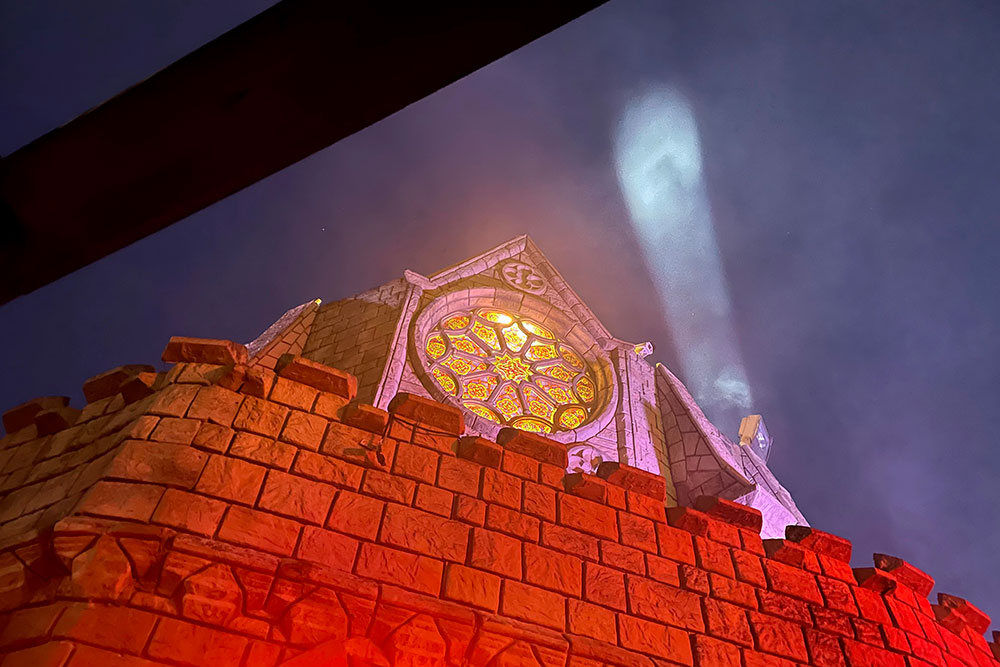 But as the sun quickly set, the park took on an entirely new personality. It may seem cliche, and maybe it is, but the haunt seemed to come alive beneath the cover of darkness. The facade of the manor itself — a cinematic, towering structure with castle-like pillars and a stained-glass window on top — was impressive by day, and chilling by night. As an eerie red light switched on and a layer of fog rolled in, Hundred Acres Manor came out of its shell.

“How many in your group?” asked the man at the manor’s entrance, donning a steampunk-esque costume as he dictated the rules to the guests. No cell phones, no touching the actors. Violate these, and you’ll be escorted out.

“Party of one,” I told him. I was going solo for the second week in a row; My friends all thought I was insane for going at all.

“You’re brave for coming alone,” he praised, and then he let out a menacing laugh that I decided did not bode well for me.

Maybe my friends were right.

But as strange as it sounds, I had fun. Did I scream? Oh, yeah. But I laughed a lot, too. It turns out I’m growing pretty fond of the thin line between terror and excitement. 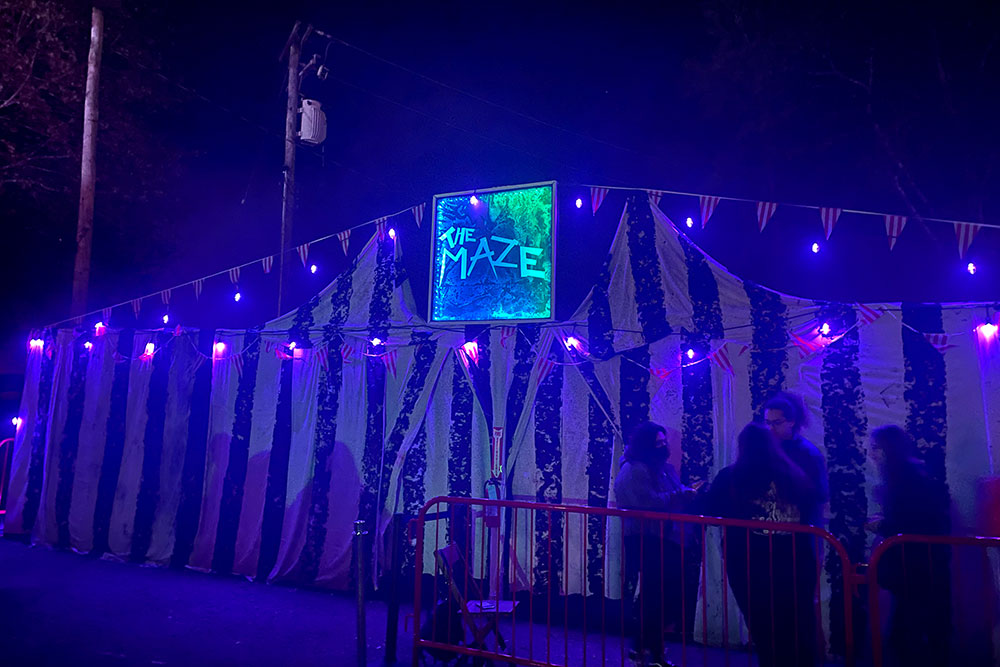 What struck me most was both the breadth and variety of the haunt. The walkthrough boasts five continuous sections; in one, you’re about to be the next victim of a space-bound science experiment gone wrong. In another, you stumble across the remains left behind by an ancient legend that seems to have come back from the grave — and might just put you in a grave of your own.

It was a longer walkthrough than I would’ve anticipated from looking at the outside of the attraction alone — like the spacecraft of the titular character in “Doctor Who,” this haunt felt bigger on the inside. But never once did I find myself wishing the next room would be the last.

Each segment is fresh, intricately assembled and finely detailed. The production quality, both in the set-design and the actors’ costumes, was consistently impressive throughout. In a section simulating old-timey London, there was a red British telephone booth that the inner vintage geek in me thought was pretty neat. For the section set in a deep-southern bayou, I was impressed by a boat that actually seemed to rock uneasily back and forth.

There was something unexpected around every corner, and it was impossible to anticipate what came next. Though I’m far from an expert on the art of scaring (and more an expert on being scared), that element of the unknown makes these things so intriguing. It certainly worked for me. 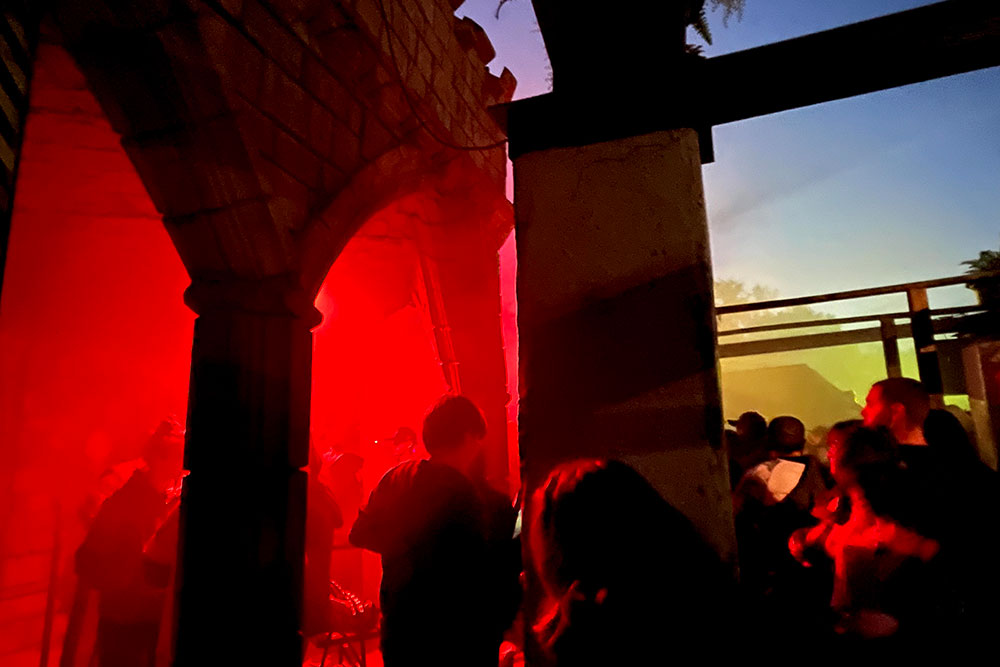 It isn’t just campy, Halloween-themed make-pretend; it’s an artform unto itself, and the pride its artists take in what they do shines through even in near-total darkness. For as artistic as it is, though, Hundred Acres Manor has fear boiled down to a science.

Are you convinced to check it out? If not, I’ve done a bad job. If you are, heed these few words of advice:

I pulled in at about 6:30 p.m. The haunt doesn’t officially get rolling until 7, but dropping by early seemed to be the right call; as I was leaving, the line had grown to a length that felt almost as scary as the ghouls that occasionally patrolled its perimeter. As I walked to my car, parked just across the road from the entrance, a wagon was bringing visitors to and from what I gathered to be additional parking atop a long hill lined with flares to light the way. While the wagon was neat, scare-free and just plain free, too, the attraction fills up fast. If you want a half-decent parking spot and decent place in line, don’t dawdle.

(And I was among the first 100 guests, which earned me a nifty orange T-shirt to commemorate the night.)

So,  is it scarier than Scarehouse?

Well, comparing the two is like comparing apples and oranges, or more aptly, pumpkins and gourds. They’re just different beasts. If you really must know how they compare, give ‘em a go and decide for yourself. Maybe I’ll see you there.

Editor’s note: This article has been updated since it’s original publication in October of 2021.