Hughson sees inclusivity as part of her broader vision for growth as she takes the reins of the agricultural and educational nonprofit. 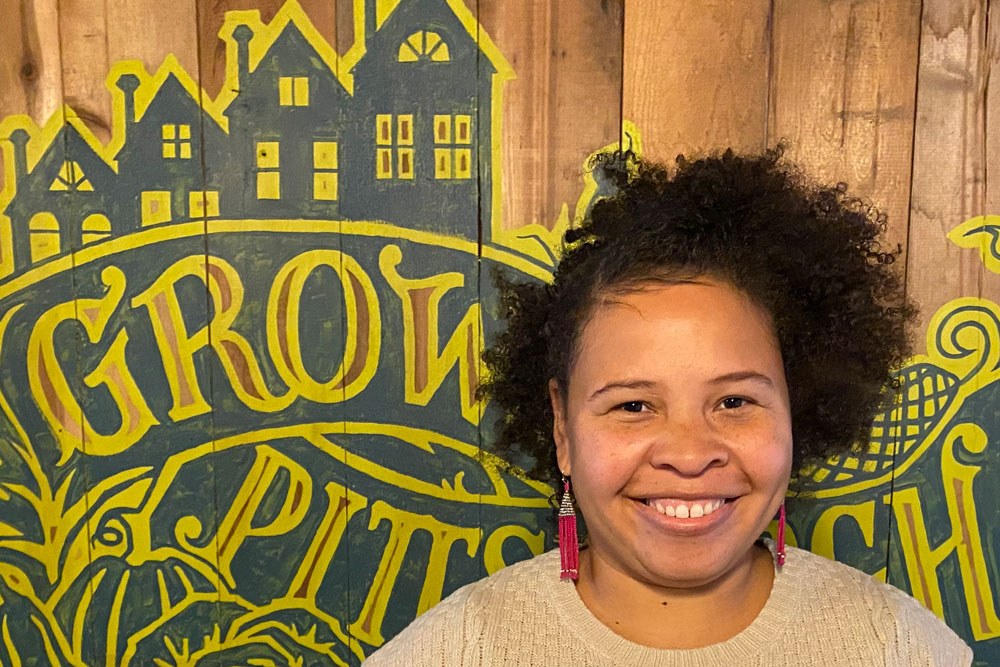 Denele Hughson got her start in agriculture when she was a kid, exploring the wonders of soil with her father, David Hughson. “My dad and I always had a garden when I was growing up. Everywhere we lived, we would plant something,” says Hughson, a native Pittsburgher who grew up in Homewood.

As the new executive director of Grow Pittsburgh, she hopes her position will inspire the same love of Pittsburgh-grown food in others. “Start with wherever your comfort level is. If it’s growing tomatoes on your porch, that’s urban agriculture. If it’s taking over a side yard and growing even more produce, that’s urban agriculture. It’s all important, and we all have a place in the system,” Hughson says.

Hughson is the first Black woman to serve as executive director of the nonprofit organization. Although the paradigm has started to shift over the last few years, diverse representation still has a long way to go to achieve equity in agricultural spaces or in positions of authority at Pittsburgh nonprofits. “It’s very important to have a Black woman in this position, especially considering the communities we’re in and the places we are servicing. It’s important that they see someone they relate to, someone who came from a similar background. It helps build trust and serves as an inspiration,” she says.

In fact, it was Grow Pittsburgh that expanded Hughson’s access to and passion for urban agriculture. After earning a master’s degree in Science, Public Policy and Management from Carnegie Mellon University, Hughson spent the past five years working in various positions at Grow Pittsburgh, most recently as the organization’s director of farm education. “I came to Grow Pittsburgh with my backyard gardening knowledge. Through working with our staff and our partners, I came to a much broader agricultural knowledge,” she says. 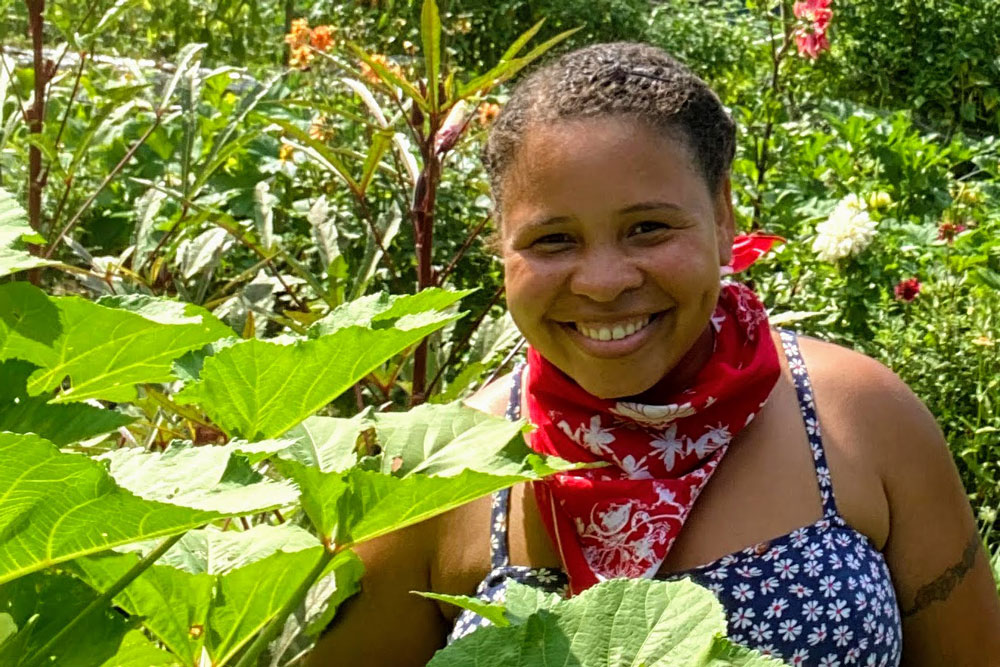 Grow Pittsburgh’s mission is to “teach people how to grow food and promote the benefits gardens bring to our neighborhoods.” It’s guided by a set of values that include social justice, community participation, food sovereignty, resourcefulness and equity. The nonprofit runs four agricultural sites across the area (Braddock Farms, Shilo Farm, Frick Greenhouse and Garden Dreams), organizes a broad array of educational events such as urban maple sugaring, land access for community and urban farmers, seed starting at home, crop planting to increase production and social media for school and community gardens. Grow Pittsburgh’s activities include a robust school gardens program, a massive, easy to navigate online information hub for gardeners of all skill levels and a hands-on garden resource center in Larimer.

“I want Grow Pittsburgh to be seen as the premier resource of urban agriculture in the region. We’re going to keep growing with our urban farming, edible schoolyard and community garden programs. And, I want to expand the reach of our garden resource center into new communities,” she says.

First up is the expansion of Garden Dreams, the longstanding Wilkinsburg nursery that Grow Pittsburgh took over last year (Mindy Schwartz, the former owner of Garden Dreams, founded Grow Pittsburgh in 2005 with Barb Kline and Randa Shannon, formerly of Mildred’s Daughters Urban Farm). Hughson evisions the Garden Dreams space as a hub for urban agriculture in Pittsburgh. By the time the project, which will include a new greenhouse, is finished, it will be a center for education, seedling sales, produce sales and workshops, as well as serve as a community gathering spot.

“Urban agriculture is important because food is this giant connector between everyone. Everyone has to eat, and so people come into this with a lot of different perspectives. Everyone should have the same access to agriculture. It’s a way to tackle social justice issues. It’s a way to level the playing field. It’s a way our communities can shore up their own food system,” Hughson says.

“This year with COVID, it tested what our food system can do,” she adds. “Being able to have more gardens and urban farms can combat some of these issues, and because of that, we can have more locally-grown food in our communities.”