The domestic take for "A Beautiful Day in the Neighborhood" came in at the low end of industry expectations, but audiences loved the film. 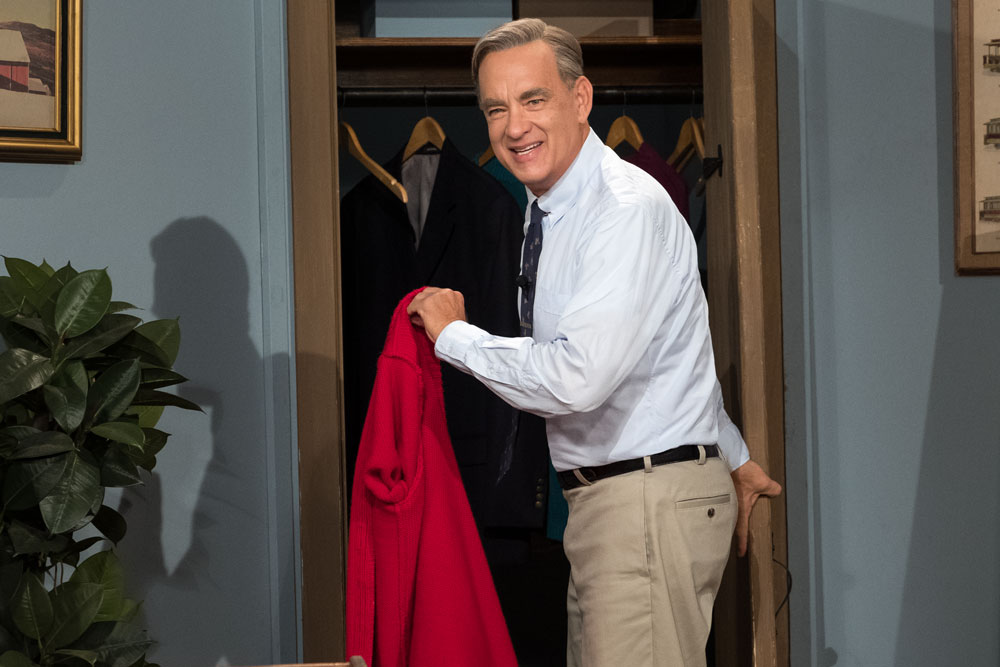 It’s not the No. 1 movie in America — but would Mister Rogers be concerned about box-office returns?

“A Beautiful Day in the Neighborhood,” the drama featuring Tom Hanks as Fred Rogers, debuted in third place at the box office, pulling in an estimated $13.5 million from 3,235 screens across North America. The weekend champ was animated juggernaut “Frozen 2,” which debuted with more than $127 million at the domestic box office; the car-racing drama “Ford v Ferrari,” in its second weekend of release, was the runner-up, pulling in approximately $16 million.

The tally was on the low end of industry expectations. “Sony’s biographical drama is tracking to open in the $15 million range,” The Hollywood Reporter projected on Thursday. Box Office Mojo reported even more bullish estimates; “the studio is anticipating a $14 million opening while industry tracking is a bit higher, targeting a $17-20 million launch,” the website said.

While “Neighborhood” slightly underperformed those expectations, it is expected to gross well through the Thanksgiving holiday and toward the end of the year as a family-friendly alternative to more prominent releases.

Opening-weekend audiences were very positive in their praise for the film. Cinemascore, which polls opening-night audiences for all major releases, reported that moviegoers gave “Neighborhood” an A grade. Among this week’s top 10 releases, only “Ford v Ferrari” scored higher, earning a rare A+ from audiences. (“Frozen 2” earned an A-.)

Critical response was equally enthusiastic. On Rotten Tomatoes, the film currently boasts an impressive 96% score (meaning that only 4% of the site’s approved critics gave the film a negative review). The acclaim from the prestigious “Top Critics” subset of Rotten Tomatoes’ panel is unanimous; 43 of 43 top-level critics approved. The average rating among critics who assigned a numerical score to the film is a strong 8.12 (out of 10).

Award nominations are due within the next month for preliminary ceremonies such as the Golden Globes and Critics’ Choice Awards. Oscar nominations will be unveiled on Monday, Jan. 13. Awards tracking website Gold Derby currently forecasts “Neighborhood” as a long shot for a Best Picture nomination, giving the film 25:1 odds to contend for the top prize; Tom Hanks, however, is seen as a likely nominee for Best Supporting Actor.

“A Beautiful Day in the Neighborhood” is currently playing at theaters throughout the Pittsburgh region.