Funds raised from the concert will support the #PghUnitedForUkraine campaign, which is the product of a partnership between the United Way of Southwestern Pennsylvania and the Pittsburgh Foundation. 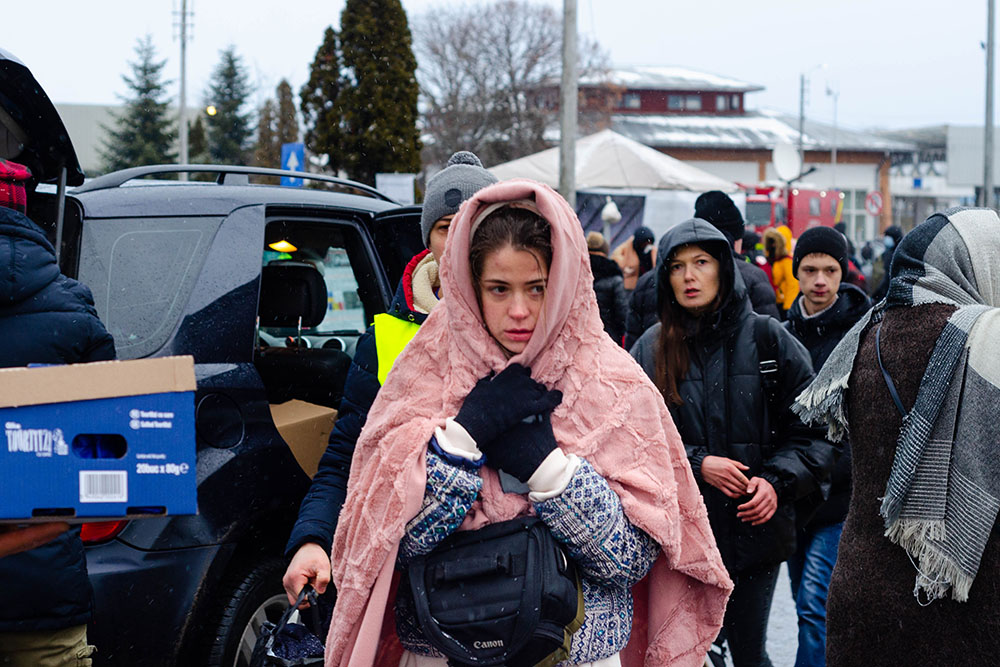 PHOTO VIA SHUTTERSTOCK | UKRAINIAN REFUGEES AT THE SIRET BORDER IN ROMANIA.

A special concert featuring the Pittsburgh Symphony Orchestra aims to help the people of Ukraine as war continues to ravage the nation.

On April 2, Music Director Manfred Honeck will lead the symphony, joined by a variety of guest artists, in the Concert for Peace at Heinz Hall in support of humanitarian relief for Ukrainians. The symphony will be accompanied by the Pittsburgh Youth Chorus, Duquesne University Voices of Spirit and Pittsburgh Opera’s Resident Artists.

“We offer this Concert of Peace as an expression of solidarity with the people of Ukraine and to support through both music and resources for humanitarian aid the universal values of freedom and human rights that are under violent attack in Ukraine,” said Melia Tourangeau, symphony president and CEO, in a press release.

The concert is free, but donations are encouraged; funds raised by the concert support United Way of Southwestern Pennsylvania and The Pittsburgh Foundation’s #PghUnitedForUkraine campaign.

Every dollar raised will help support displaced Ukrainian refugees with basic needs such as  transportation, shelter, food, medications, hygiene kits and supplies for child care, including infant formula and diapers.

“Wherever need exists, we are called to help. By partnering with the Pittsburgh Symphony Orchestra, we can elevate the #PghUnitedForUkraine campaign and provide more support for those fleeing Ukraine,” said Bobbi Watt Geer, president and CEO of United Way of Southwestern Pennsylvania, in the release.

The concert takes place at 7:30 p.m., and can also be streamed on the symphony’s digital platform Front Row, where it will be available after the live show has ended. It will be broadcast live by WQED-FM (89.3), too, with host Jim Cunningham.

More than 3 million people have fled Ukraine to date, and an additional 2 million more have been displaced within the country. Russia’s attacks continue and include the recent bombing of a theater in the southeastern city of Mariupol, where hundreds of civilians were taking shelter.

According to CNN, searches about how to help Ukrainian refugees have spiked in the U.S., along with other questions about the war and consequent humanitarian crisis. The concert and the fundraising campaign will benefit United Way Worldwide’s network of partners, with funds going directly to United Way Romania, United Way Hungary and Fundacja Dobrych Inicjatyw (Good Initiatives Foundation) in Poland, all of which are working on the ground in affected regions.

Tickets for the in-person concert at Heinz Hall are General Admission, first come-first served, and available at the Heinz Hall Box Office at pittsburghsymphony.org, or 412/392-4900, or in person at the venue.

If you can’t make it to the concert, you can also donate directly to the campaign here.