The new pop up restaurant in Highland Park adds a different dimension to the city's offerings of Brazilian cuisine. 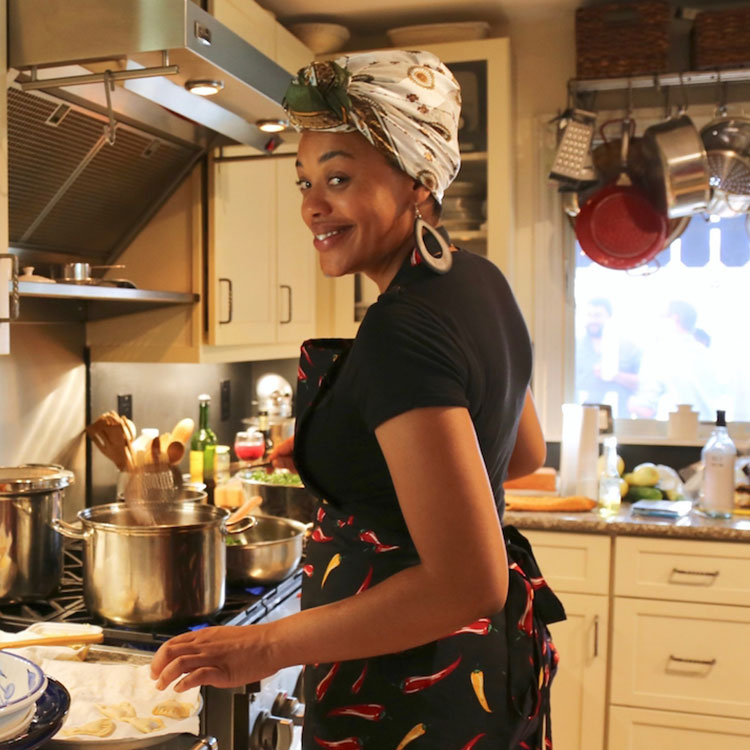 Until recently, a Pittsburgh diner in search of Brazilian cuisine would be limited to churrascarias, restaurants that slow cook meat in the Portuguese barbecue style. These Brazilian steakhouses have gained and held popularity in the United States, expanding into chains like Fogo de Chão (with a location Downtown). In Brazil, churrasco is more of a special occasion food. Brazilian and Pittsburgher Keyla (pronounced KAY-lah) Nogueira Cook wanted to expand the city’s experience of Brazilian cuisine, so last month she opened her year-long pop up restaurant Casa Brasil in Highland Park.

“What I make is what I missed when I moved to the U.S. When I came, I just wanted a plate of rice and beans — little things that remind me of home meals. That’s my goal with Casa Brasil,” says Cook.

Cook moved to the U.S from São Paulo with her 11-month-old son in 2006. She got her degree from Clarion University and moved to Pittsburgh in 2012. Although she had never considered cooking professionally, Cook was responsible for making her own lunch and her father’s when she was a child. “I made my first pot of rice when I was 7 years old. My mom told me I needed to learn because it was important in our culture,” she says.

Cook enjoyed making meals for her family, and when she moved to the U.S. she used the skills she learned to earn extra money and to remind her and her son of the country they’d left.

“It was really hard at first to adapt [the recipes]. Everything tasted different: the water, the salt. It took me a while to learn the new tastes, ingredients and measurements [Brazil uses the metric system],” says Cook. 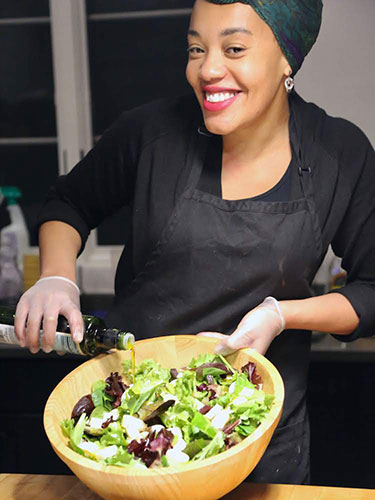 She began taking lunch orders at her workplace on Fridays and delivering them to co-workers on Mondays. She expanded her career as a freelance chef. Encouraged by her success, Cook applied for a spot at Smallman Galley in 2017; she became a finalist but ultimately wasn’t selected. She was still committed to finding a physical space, and at the end of 2017 she met the owner of the Thai restaurant Smiling Banana Leaf, who also owns the Highland Park building. She held a series of pop-up dinners in Plate and Bowl, the former occupants of the restaurant space. When it became available, Cook signed on for a one-year lease.

“We decided to make it a pop up space. I’m very comfortable that after the end of year, if things aren’t going well, that I’ll maybe go somewhere else or maybe not. I think that’s a business risk you have to take sometimes,” she says.

Cook doesn’t have an industry background and feels she’s learning a lot about running a restaurant by just jumping in. “I have an amazing front and back of house,” she says.

Eating in the small, cozy dining room does give the feeling of being in a small paladar, a small family-run restaurant. Feijoada, a traditional Portuguese stew of beans and pork, is the star of show. The beans are flavorful and creamy, and the dish is served partially deconstructed with farofa (cassava flour) to sprinkle for texture and a mound of white rice. Ribboned collard greens with a liberal use of garlic provide a nice, vegetal foil to the heaviness of the stew. Pão de queijo, a cheesy bread puff, is also a must-try. For those with diet restrictions, the menu is clearly marked with gluten-free, vegetarian and vegan options.

Cook is adamant that the space be open and welcoming to the community. Every week, Casa Brasil will host pop up dinners or “residências” with different international chefs on Mondays and Tuesdays. The first one took place this week and presented a vegan Puerto Rican menu of mofongo from SaludPgh.

“We’re going to use the downstairs for entertainment, with live music,” says Cook. “We want the space to represent Brazilian culture but also other cultures as well. It’s a way I can give back.”