Save the dates for concerts, art exhibits, dance performances & more. 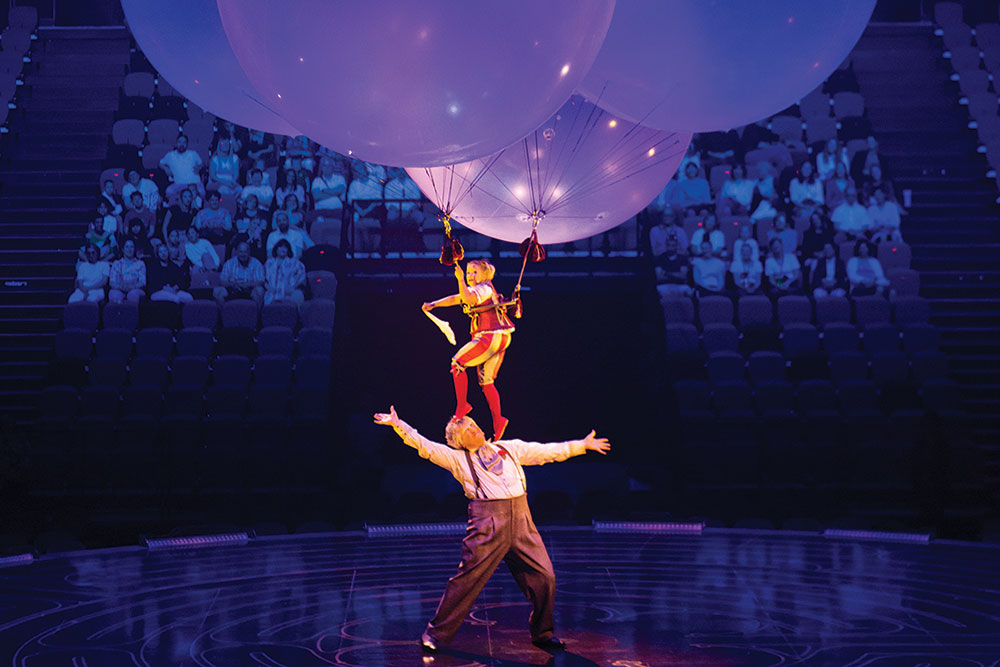 Best Bet
Jan. 5-8
It’s been three years since Cirque du Soleil, the globetrotting theatrical circus company, has appeared in Pittsburgh — but this was no ordinary layoff. The coronavirus pandemic forced the company to close all of its shows and lay off 95% of its staff, with the future uncertain at best. With a flourish as dramatic as one of the troupe’s acrobatics, however, Cirque du Soleil returned — and, this month, comes back to Pittsburgh with “Corteo,” the whimsical and wistful show featuring a clown’s funeral and plenty of mischievous angels. The delightful show features a stage set in the middle of the arena floor, with audience members peering from either side at the action. — Sean Collier

In Concert: Seventeen-time Grammy Award-winner Sting debuted his songs reimagined with symphonic arrangement for his 2010 “Symphonicity” tour, but this is his first time performing them with the Pittsburgh Symphony Orchestra. Drawing from an impressive catalog of No. 1 hits, selections will include songs from The Police years as well as Sting’s solo career. You’ll experience “Roxanne,” “Every Little Thing She Does Is Magic” and “Fields of Gold” in a way that makes you fall in love with them all over again.

Spiritual: Prime Stage Theatre brings the true story of “Harriet Tubman and the Underground Railroad” to the stage. This performance, filled with spiritual songs, is kicking off the second season of Prime Stage Sprouts, a series aimed at elementary-aged children. See how “The American Moses” freed herself and others from slavery during her determined and courageous journey. Adapted by Douglas Jones and directed by Linda Haston, the show will include a special sensory inclusive and audio-described performance.

Fat Chance: Curated by Pittsburgh-based arts writer and doctoral candidate Anna Mirzayan as part of Brew House Association’s Prospectus Emerging Curator program, “Soma Grossa” isn’t interested in the joyful representation of small to mid-fat bodies. This multimedia exhibit on the South Side includes paintings, installations, soft sculpture, video, jewelry and photography by fat artists explicitly making work about fatness. It exists to critique the censorship of fat lives in a society that chooses to otherwise ignore or mock them.

Breakdance: Choreographer Victor Quijada and his RUBBERBAND (10 dancers alongside a live DJ and musician) are bringing “Ever So Slightly” from Canada to the Byham Theater. As the creator of the RUBBERBAND Method, Quijada has redefined breakdance. This performance will display an electrifying dance vocabulary combining hip-hop, classical ballet and contemporary dance. This performance “explores the behavioral mechanisms and reflexes we develop against the ceaseless flow of irritants that bombard us in our daily lives.”

Get Creative: The Space Upstairs presents a free, open-format night for creative exploration, expression and interaction. It has a sober choose-your-own-experience vibe where participants are welcome to dance, chat, create, meet or just be. For this installment, experience the live sounds of Pittsburgh-based slowdanger, a multi-disciplinary performance entity that will present “farthest field,” an embodied archive and artifact of our time that explores the fragmentation of the body within digital arenas and virtual spaces.

Andygram: Have you ever wondered how Andy Warhol would fair in this modern age of social media? “Andy Warhol’s Social Network: Interview, Television, and Portraits” provides the answer. The exhibition at The Andy Warhol Museum will examine the intersections between the different facets of Warhol’s work, drawing from the museum’s access to the archives of Interview magazine as well as its possession of Warhol TV (Warhol produced three shows: “Fashion,” “Warhol TV,” and “Warhol’s Fifteen Minutes”) for a complete viewing experience.

Material Culture: Having paired with Contemporary Craft for a new residency, artist and designer Tereneh Idia is exploring the material culture of Black Pittsburgh — past, present and future — through “C3: Cloth, Culture, Community, Exploring 1,000 years of Black Pittsburgh.” During her nine-month residency, Idia created a body of work that draws upon underknown culture and traditions of the people with African ancestry and the African diaspora in Western Pennsylvania. Idia has created 15 new looks that are representative of various people and moments throughout history — from West Africa in the 1400s to Pittsburgh in the year 3000 — including the flying Africans, Queen Amina and a family who left their home during The Great Migration.

This article appears in the January 2023 issue of Pittsburgh Magazine.
Categories: Things To Do