Bird Feeders Can Be Placed Outside Again in Western PA, Just in Time for Fall

It’s finally time to let songbirds return to your backyards. 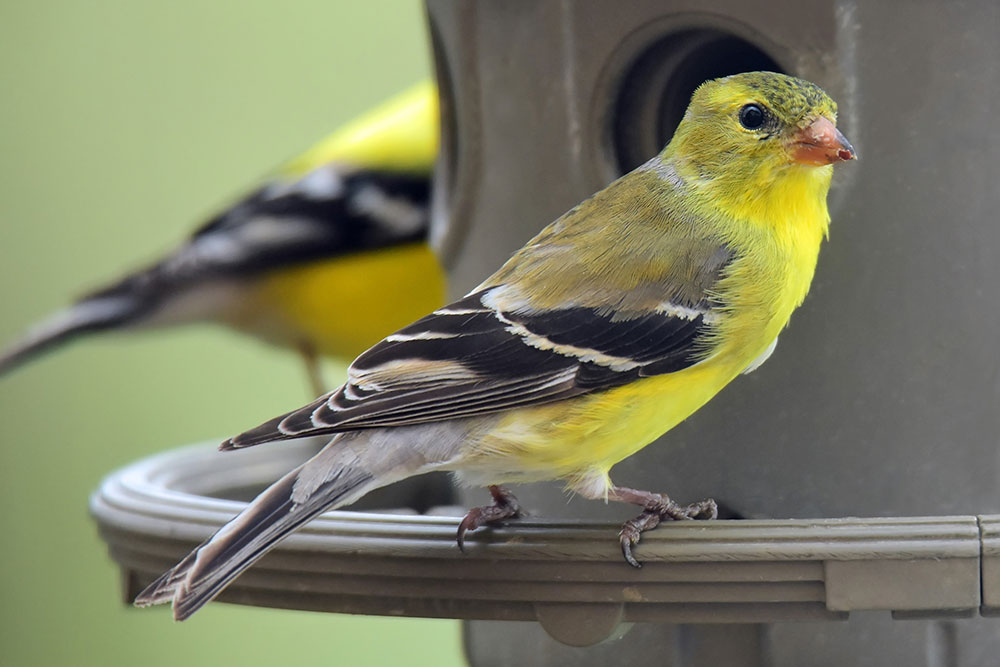 Songbirds are cleared to land in local bird feeders again.

The Audubon Society of Western Pennsylvania recently updated its guidance, which previously dictated bird feeders be removed because of a new avian disease spreading in the area that caused neurological problems, conjunctivitis and death in songbirds residing mostly in the southeastern corner of the state.

At the time, the cause of the disease was unknown. After consulting with the Pennsylvania Game Commission, the local society at the time advised taking down bird feeders because, as a place where birds congregate, they were seen as possible sites where the infection could spread.

Case numbers of the mystery disease have since dwindled. On Aug. 13, the society gave the green light for bird feeders to be placed back outside. The group also provided the following instructions for the safe reinstatement of the feeders:

According to Bob Mulvihill, an ornithologist at the National Aviary, the bird feeder guidance was revised after laboratory research in the area ruled out every “avian disease of concern” as the cause behind the increase in songbird mortality.

Instead, it appeared that the illnesses were due to either a common activity among afflicted birds — such as the consumption of tainted food — or the Brood X cicada event this summer, Mulvihill says. All cases of the disease were in areas that also had large cicada populations.

“All of these things led experts to believe that we were not seeing an ongoing case of avian disease, but rather something that probably wasn’t a disease in the first place and by all accounts is over now,” Mulvihill says. “No reports of this have been obtained by these agencies in a month or more.”

Advice from an Expert

Mulvihill echoes the Audubon Society’s message about the importance of keeping bird feeders clean, even though the immediate threat of an unknown avian disease has been resolved.

He adds that seed should be kept fresh and not allowed to sit uneaten for long periods of time because this causes it to mold. Mulvihill also discouraged overfilling the feeder, suggesting that a small portion of seed be put out at first so that one can gauge how many birds are realistically going to visit. The ground directly under the feeder should also be periodically swept to avoid buildup of old seed shell waste. To those with hummingbird feeders, he suggests refilling the feeder every three days after washing it with hot soapy water, noting that sugar water in warmth can spoil very quickly.

“It’s a matter of not only disease, but the fact that [birds] could get food that makes them sick, just like we can get food poisoning if somebody has prepared our food in a manner that is unhygienic,” Mulvihill says.

Following these guidelines, people who put out their bird feeders can expect to see a great number of birds returning to their backyards this fall. According to Mulvihill, “people will find that the birds will return almost immediately…Nobody has lost their birds as a result of this hiatus in bird feeding.”

The society’s new guidance also comes just in time for the fall migration season. Mulvihill says the late fall and winter are periods when the natural food supplies available to birds will be less abundant, leading them to rely more on bird feeders.

Northern-dwelling birds will be passing through Pittsburgh this fall while heading south for the winter, and you can expect to see them stopping at your feeders on their way, says Mulvihill. Certain species of blackbirds will become more abundant while the leaves change, such as the rusty blackbird and the red-winged blackbird. Further, sparrow diversity will increase — summer sparrow varieties, such as the song sparrow and chipping sparrow, will be joined by the migratory white-throated sparrows, white-crowned sparrows and fox sparrows. Migrating woodpeckers will also be passing through Western Pennsylvania.

According to Mulvihill, American goldfinches are currently nesting; in the upcoming fall season as their young leave the nest, these birds are expected to become more abundant at bird feeders. Purple finches and pine siskins, both in the finch family, will also be visible on their migratory paths.

Lastly, those with birdbaths or fountains in their yards will get a special surprise this fall. Namely, warblers and thrushes splashing around. As Mulvihill tells it, “they don’t use the feeders but they sure love water…they will jump in and use the birdbath.”