It will feature a menu similar to that of the first Alta Via in O'Hara Township. 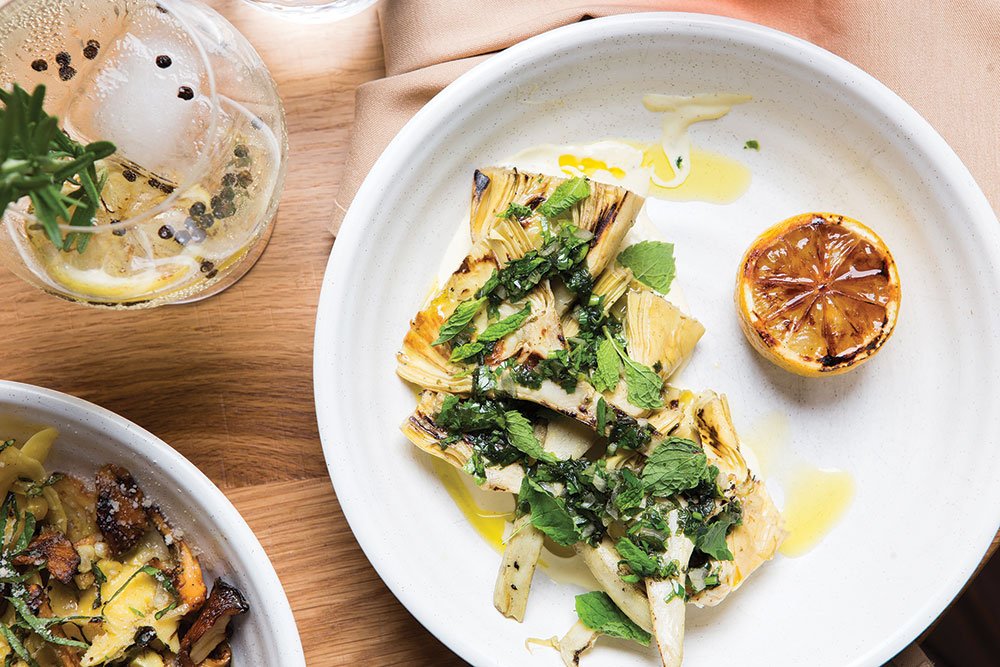 Plans are in the works for another Alta Via restaurant, this one located in the former Molinaro Ristorante space at PPG Place Downtown.

Highwoods Properties, owner and manager of PPG Place, has signed a lease with Alta Via owner big Burrito Restaurant group. The new location marks the group’s first foray into the Central Business District.

The first Alta Via, located in Fox Chapel Plaza, opened in April 2019 and quickly made its way onto Pittsburgh Magazine’s Best Restaurants list.

“We are thrilled to welcome big Burrito and their Alta Via concept to Pittsburgh’s ‘crown jewel’ — PPG Place,”  said Andy Wisniewski, Senior Vice President and Pittsburgh Market Leader for Highwoods Properties, in a press release. PPG Place has long since been touted as the crown jewel of the city skyline, known for its striking all-glass complex spanning three city blocks.

The eatery will join an array of other dining options at the site, including City Works, Ruth’s Chris Steak House, So Fresh, Five Guys Burgers and Fries and more.

Alta Via is scheduled to open in early 2023, where it will occupy 8,100 square feet in Two PPG Place facing Market Square. That space has remained empty since Molinaro closed at the end of 2019, before the pandemic set in. It had been open for a year and a half.

The space includes a dining room and large bar area that together will seat more than 140, as well as private dining for up to 75 guests and seasonal outdoor seating. Right now, it’s scheduled to open for lunch and dinner seven nights a week with brunch to follow.

“It’s really been exciting to see a long-time dream of ours come to fruition,” big Burrito President and Corporate Chef Bill Fuller said in a press release. “We had a lot of fun with the first location and look forward to bringing our second Alta Via to downtown Pittsburgh.”

Fuller also said the Market Square location presents an opportunity to bring his passion for great pasta, seasonal vegetables “and the warm comfort of wood hearth cooking” to Downtown.

It will join another new big Burrito endeavor in Bakery Square. Alta Via Pizzeria is slated to open next month, focusing largely on pizza. This week, an Alta Via Pizzeria Takeout Pop-Up will run Wednesday through Friday from 4 to 8 p.m. and Saturday from noon to 9 p.m. The daily menu will be posted at 10 a.m. each day on the restaurant’s social media stories.