The city has more than 800 public staircases — the most of any city in the United States, according to a recent City of Pittsburgh assessment. These 45,000 individual steps connect streets, they connect neighborhoods, and they are the primary route for many to get from one point to another through our hilly landscape. 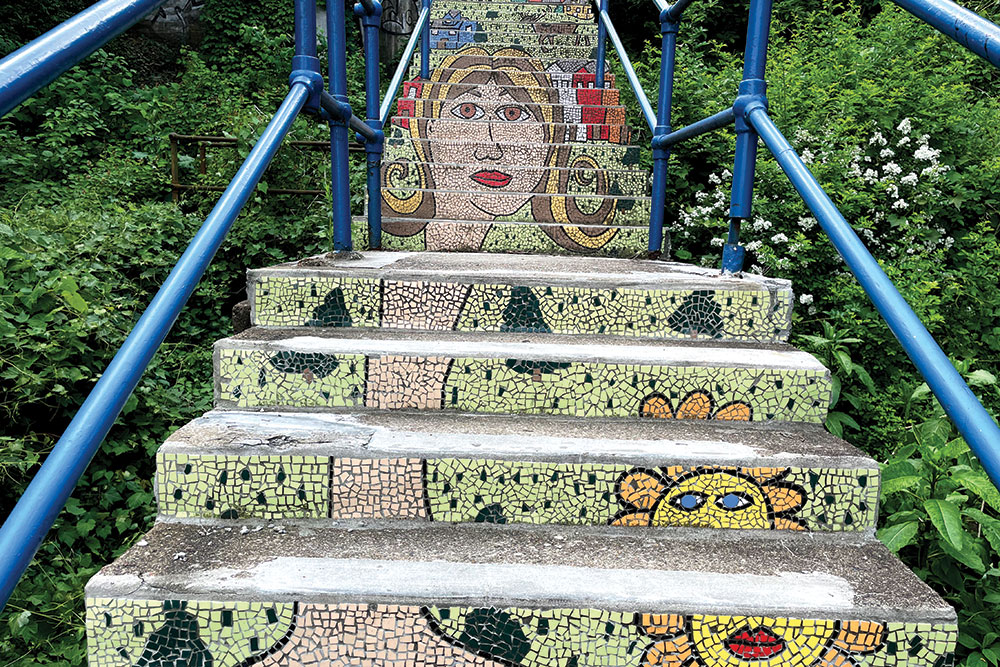 1. The Mosaic Steps.
At the end of 27th Street on the South Side, you’ll find a vibrantly colored staircase embellished with a steel mill sprouting flowers out of its smokestacks, a girl with red boots, a church, a sun and an assortment of wildlife, including a fox, a deer and a butterfly. O’Hara ceramist Laura Jean McLaughlin in 2016 worked with community volunteers to design the 77 steps with images inspired by the neighborhood’s heritage and future. The staircase, which connects Josephine and McCord streets along Oakley Street on the South Side Slopes, is covered with 35,000 tile pieces imported from Italy. 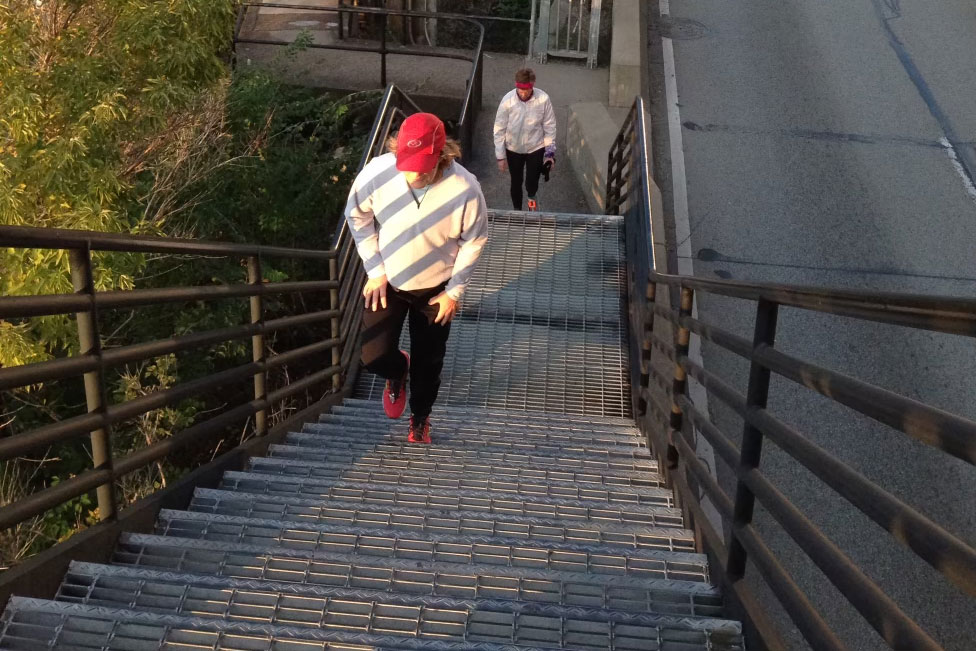 2. The Bluff Steps.
When you climb the 179 Bluff Steps (also known as the City Steps, South Side Steps or Duquesne University Steps) you understand why this was once the location of the Fort Pitt Incline. The stairs, which replaced the incline in 1919 after it was destroyed by fire, rise steeply from Second Avenue at the south entrance of the Armstrong Tunnel to the top of the Bluff. From there, you take a bridge over the Boulevard of the Allies into the Duquesne campus. You can’t beat this view of the Mon River and South Side, but if you’re afraid of heights, these aren’t the steps for you. 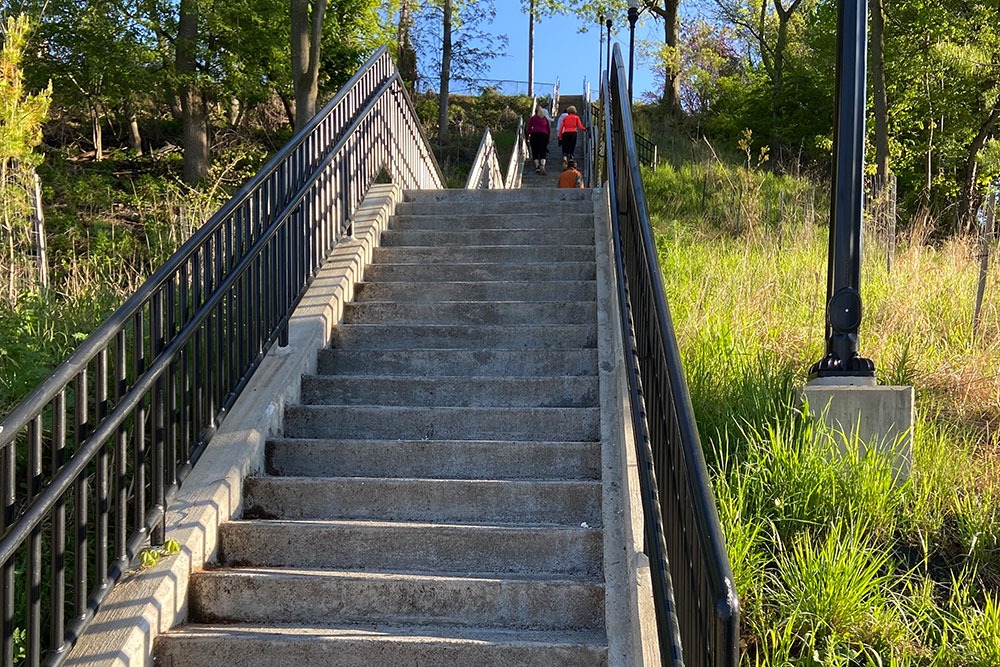 3. The Joncaire Street Steps.
The 2018 rebuilding of the 136 steps that connect the back of the Frick Fine Arts Building to Joncaire Street restored a key artery between Central Oakland and Junction Hollow, which then leads to Greenfield and the Three Rivers Heritage Trail to Downtown, as well as to the South Side. And for cyclists, the city added a “runnel,” a thin ramp on the side that allows you to push your bike up or down the steps instead of having to carry it. While passing through Junction Hollow, check out the plaque honoring the 95 original families that settled in the neighborhood — all from the Abruzzo region of Italy.