Best of the Burgh Readers’ Poll Winners in Health & Beauty 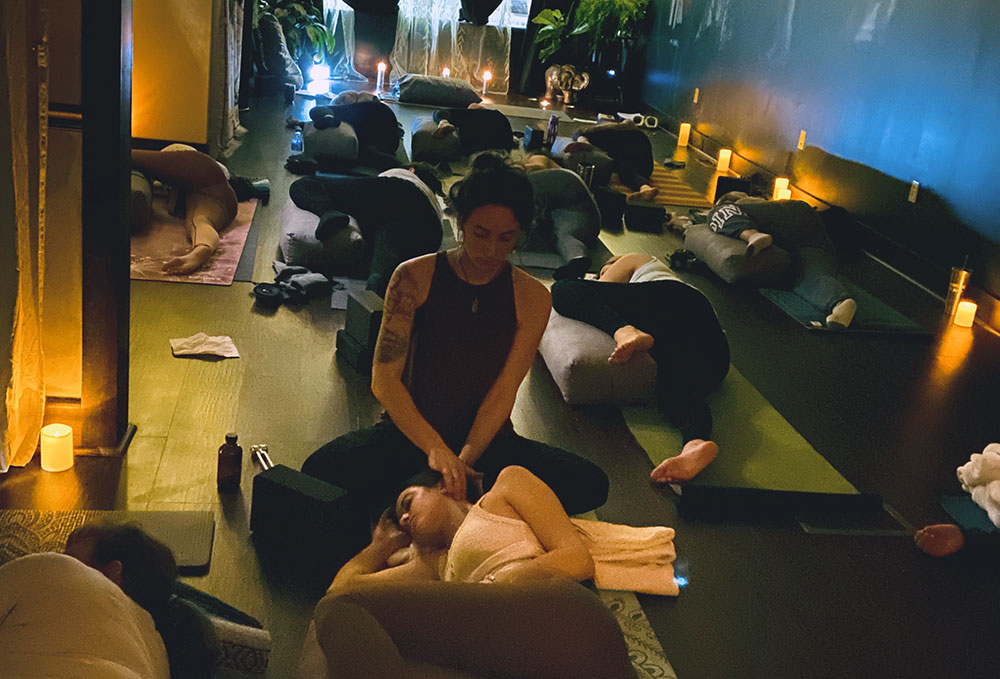 Sure, the Dormont-based business — which was voted Best Yoga Studio in the 2020 Best of the ’Burgh Readers’ Poll — offers the traditional vinyasa flow lessons, but there are also chakra-awakening kundalini yoga classes, which incorporate mantras and breathing exercises with physical poses, and energy body yoga, which enhances the mind/body connection to create a sense of balance and well-being.

A level-three reiki practitioner, Korchak, who grew up as one of six daughters in Pittsburgh’s South Hills and developed an interest in yoga as a pre-teen (“It was kind of my escape,” she says), opened Prana-Veda in April 2019.

Beyond yoga, the studio offers emotion code sessions — which aim to release trapped emotions — holistic nutrition and wellness coaching. Of course, there’s also reiki sessions. According to her bio, Korchak has studied with some of the world’s foremost health and wellness experts, among them Deepak Chopra and David L. Katz.

The mother of two also shares the space with Victoria Zaitz, a psychic medium, counselor and reiki practitioner who offers spiritual development coaching and teaches intuitive, spiritual workshops when the studio isn’t in use for yoga classes.

Since it opened last spring, Korchak says the Dormont community has embraced Prana-Veda; that support continued throughout the COVID-19 pandemic. Following state guidelines, Korchak closed the studio for three months before reopening in June.

“We were just starting to get our roots in the ground,” Korchak says. “It shook us up a little.”

While Prana-Veda’s physical location was closed, Korchak and her teachers offered yoga classes via Facebook Live. She also hosted several seasonal body detox programs focused on healthy eating and took up painting energy portraits, where she used photos of the subjects to tap into their auras and create color-filled paintings.

“The students, especially from Dormont, they’ve been cheering me on,” Korchak says. “We had amazing donations coming in to support us and keep our bills paid.”

Before the pandemic, Korchak wrote out a list of workshops she wanted to incorporate in the studio. In the fall, Prana-Veda will begin offering yoga teacher training at the studio.

“We’re trying to get the ball rolling as soon as we can here,” Korchak says.