Best of the 'Burgh: Personalities

From a burlesque bridge-builder to a philosopher-fermento –– our favorite Pittsburgh originals. 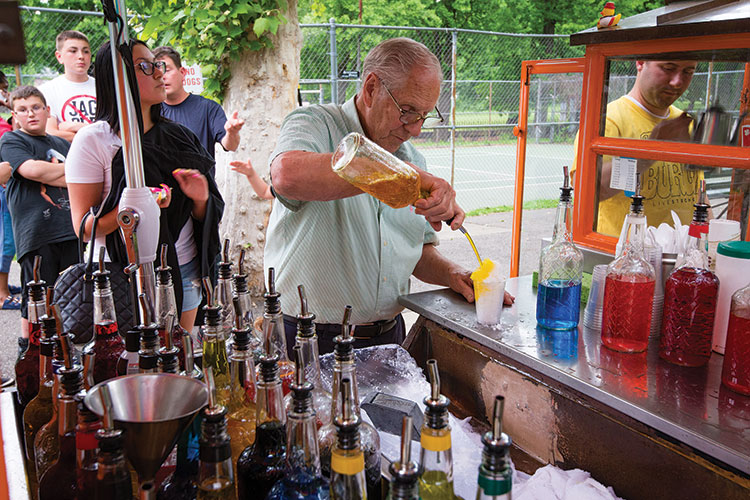 GUS & YIA YIA’s ICE BALL STAND
Gus Kalaris at Gus & Yia Yia’s Ice Ball Stand on the North Side is quick to tell you his business always has been a family business. His father started it in 1934, and Gus began spending his time there when he was 2. But Gus and his slight smile have extended the family to include just about everyone in the neighborhood — and beyond.

He knows the flavors his regular customers prefer, and they’re quick to offer him hugs when they see him. School children stop by on their way home, and Gus knows them too. When his wife, Stella, “Yia Yia,” died last year, he set up a fund in her honor for the Pittsburgh North Side Leadership Conference Scholarship Fund. That’s because the 85-year-old cares about his whole family, not just those who have worked side by side with him but also those he’s come to know along the way. {LD} 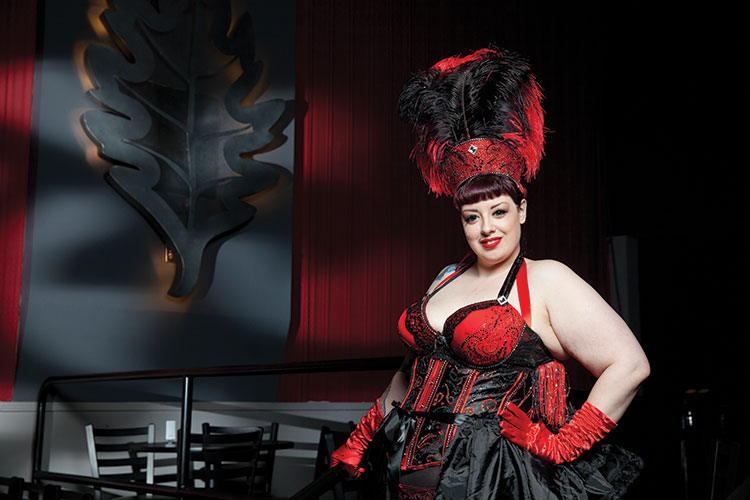 BOOM BOOM BRIDGETTE
Veteran burlesque performer Boom Boom Bridgette has a knack for putting on well-received, cabaret-style shows; under the Pin Up Perfection Productions banner, she stages performances at venues as small as Hambone’s Pub in Lawrenceville and as large as the Oaks Theater in Oakmont. Her ambitions go beyond attendance and production values; “It’s my goal to create a sense of community in the burlesque and performance world here in Pittsburgh,” she says.

That includes inviting performers from various backgrounds and circles — as well as out-of-town performers — to take part in her shows, as well as hosting nationally recognized events such as the annual Pin Up Perfection Pageant. For those who may not have seen a burlesque performance before, Bridgette stresses that the experience is not what many would expect.

“I equate it more to Las Vegas showgirls and vaudeville,” she says. “Sure, we are removing clothing — sometimes — but it’s so much more than that: Dance, song, comedy. Sometimes even puppets!” {SC} 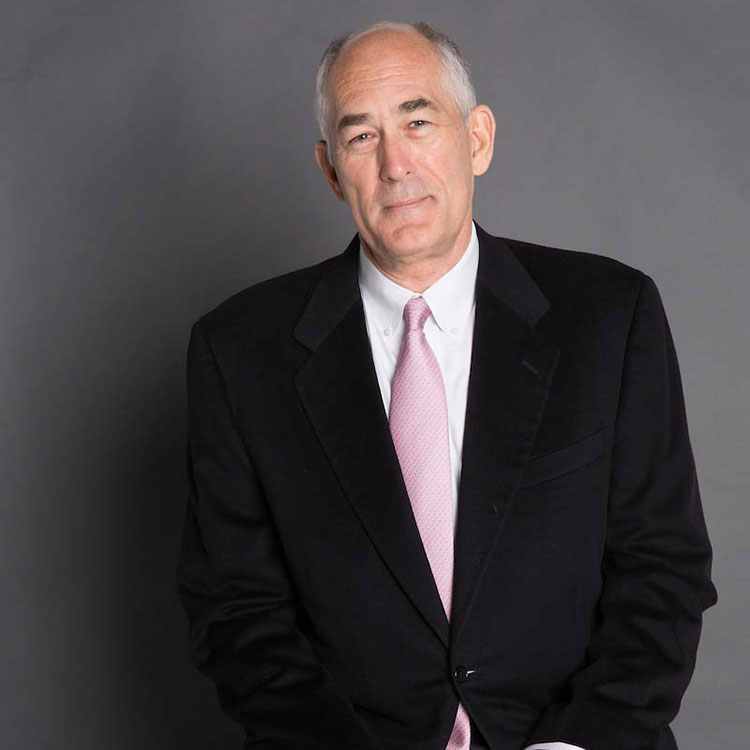 FRITZ KIERSCH AT POINT PARK UNIVERSITY
Fritz Kiersch is the director of well-known feature films such as “Children of the Corn” and “Tuff Turf” starring a young Robert Downey Jr. He also has directed many television episodic shows and hundreds of commercials.

Kiersch started working full time in the academic world in Oklahoma in 2000 and later became the Assistant Vice President of Academic Affairs at Point Park University in August 2016. Although he enjoys the creative side of directing, Kiersch says he especially loves the enthusiasm of those with whom he works and seeing the students develop. “It’s satisfying to see students get excited about things you got excited about years ago,” he says.  {JM} 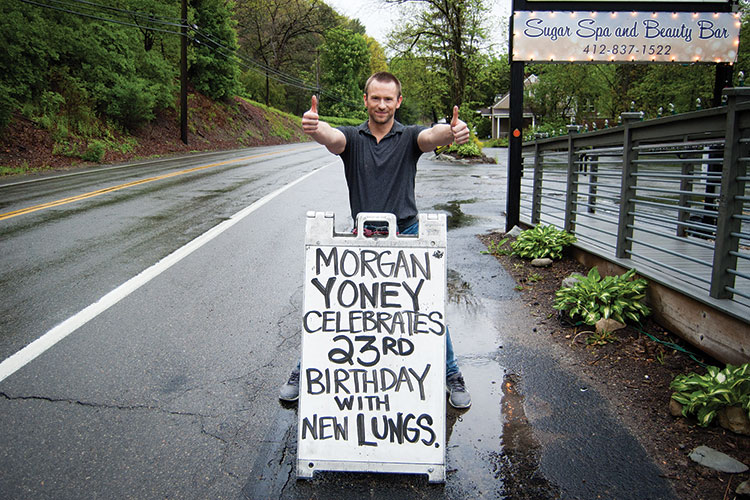 DAN BURDA AT STUDIO RAW
Few roadside billboards are homemade, change daily or are as entertaining as the ones displayed by Dan Burda outside his salon, Studio Raw. Burda’s messages range from silly (“Scooby snacks made a dog talk and walk”) to celebratory (“Morgan Yoney celebrates 23rd birthday with new lungs”). Burda says he’s gotten his fair share of complaints and compliments.

“A man in his 80s once stopped in because of a sign that read, ‘Gay Lumberjacks are Great with Wood!’” he recalls. “I was preparing for an ear-beating, but instead he told us that cancer would soon be taking his life, and the sign each day makes him smile. He touched our hearts. The good always outweighs the bad.”  {RC} 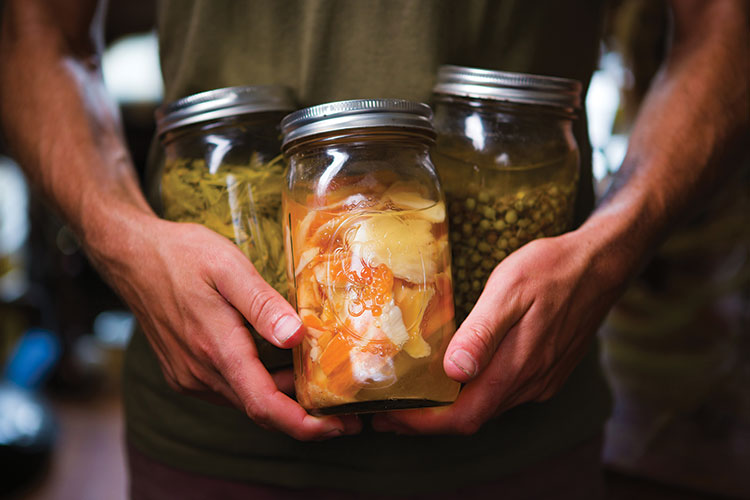 JUSTIN LUBECKI
Justin Lubecki, operator of Ferment Pittsburgh, got the bug to play with yeast, mold and bacteria about six years ago. He uses the wild power of biochemistry to transform cabbage to ‘kraut and kimchi, bread (already a fermented product) to beverage and rice to miso. Lubecki organizes the Pittsburgh Fermentation Festival, a yearly event aimed at educating budding fermentos as well as providing an opportunity for established Pittsburgh foodmakers such as Red Star Kombucha, Goat Rodeo Farm & Dairy and Legume Bistro to share their fermented products. The philosopher-fermento teaches fermentation workshops and sells fabulous naturally leavened bagels as well as fermented and foraged goods at his Friendship Bagel popups.  {HBK}