Best of the 'Burgh: Food & Drink

From the bar snacks to egg sandwiches to nightcaps, our recommendations for when you are hungry, thirsty or both. 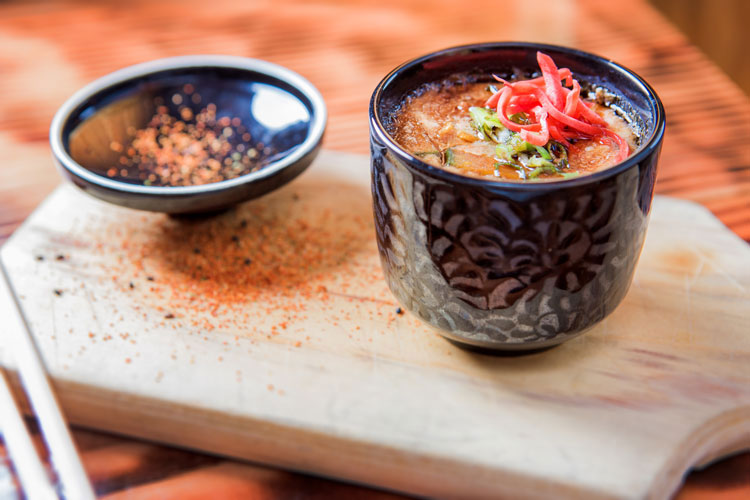 CHAWANMUSHI AT UMAMI
The menu at Umami is full of tasty bar snacks. We love noshing on karaage — fried chicken bites — and whole fish cooked over a charcoal grill, but nothing beats a bowl of Executive Chef Roger Li’s chawanmushi. The savory custard, bolstered by mushroom dashi and barrel-aged soy sauce, is the best kind of comfort food. Best bonus? The Umami kitchen stays open until midnight on weeknights and 2 a.m. on weekends. {HBK} 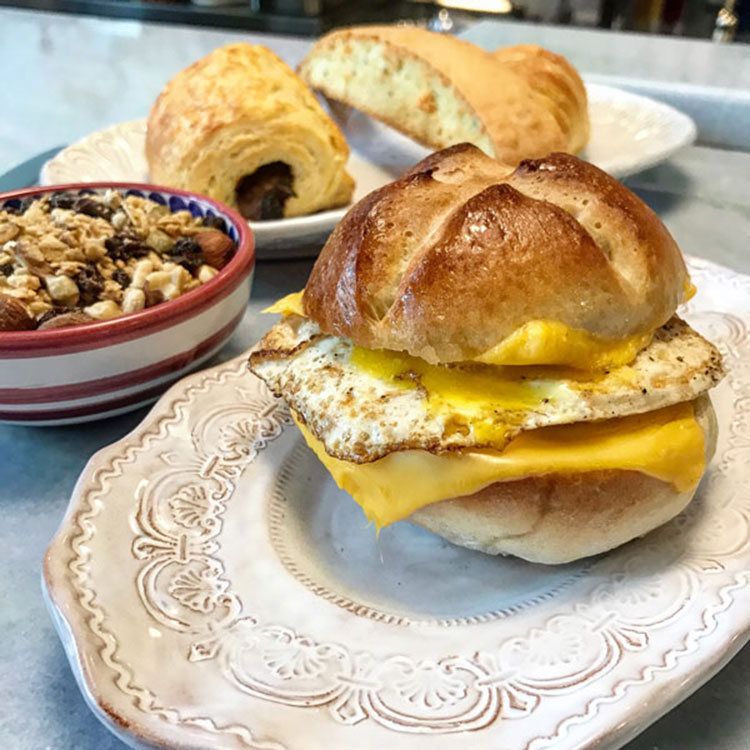 DIANOIA’S EATERY
The egg sandwich at DiAnoia’s Eatery is perfected simplicity. It’s constructed from a house-baked Kaiser roll, a runny fried egg and melted American cheese. We recommend adding a dash of ketchup or hot sauce for a vinegared zing. And that’s it.

Eating the sandwich satisfies nostalgic cravings for deli-counter and bodega breakfasts in New York but with a deeply Pittsburgh touch of community that can be challenging to find in the Big Apple. Follow it with a bracing shot of perfectly pulled espresso — or something from the best morning cocktail menu in Pittsburgh. {HBK} 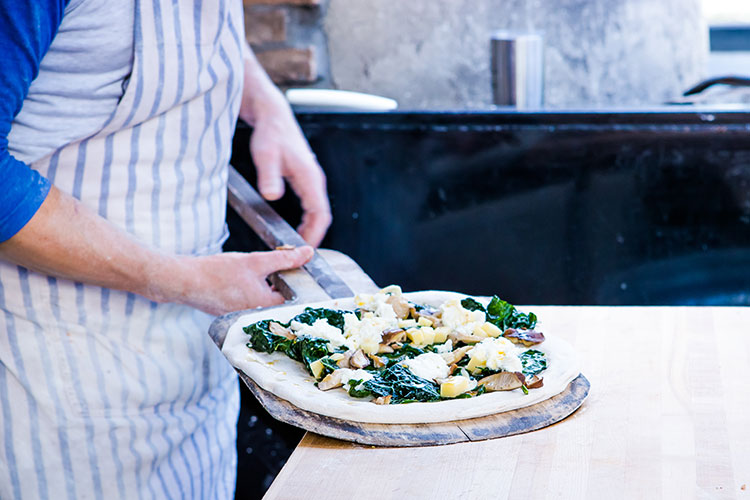 DRIFTWOOD OVEN
Legume alumni Neil Blazin and Justin Vetter base their pizza-baking venture in Larimer, but — aside from an occasional in-house popup — if you want to eat their product you’re going to have to find them at Pittsburgh breweries and other venues. The duo’s pizzas, which begin with naturally leavened organic flour, are light and charred on the bottom and topped with ethically sourced and seasonally appropriate toppings. More than just the best mobile pizza, this arguably is the best mobile-food operation in town. {HBK} 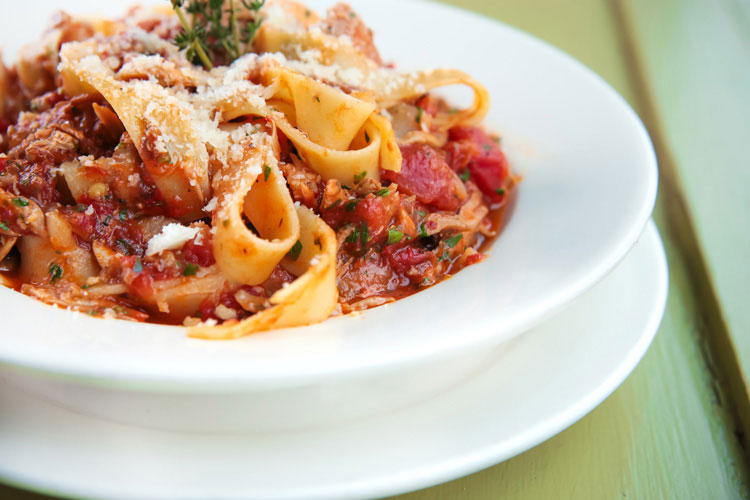 Best Hole Left in Our Hearts

CLOSING OF DISH OSTERIA AND BAR
After Michele and Cindy Savoia announced at the end of March they were closing Dish Osteria, scores of Pittsburghers flocked to the establishment on the South Side for what amounted to a monthlong wake for the beloved, 16-year-old southern-Italian eatery and bar. The dust has settled from the near-nightly party, and we are left with fond memories of fresh seafood, pasta, wine and conversations as we await the Savoia family’s next act. {HBK} 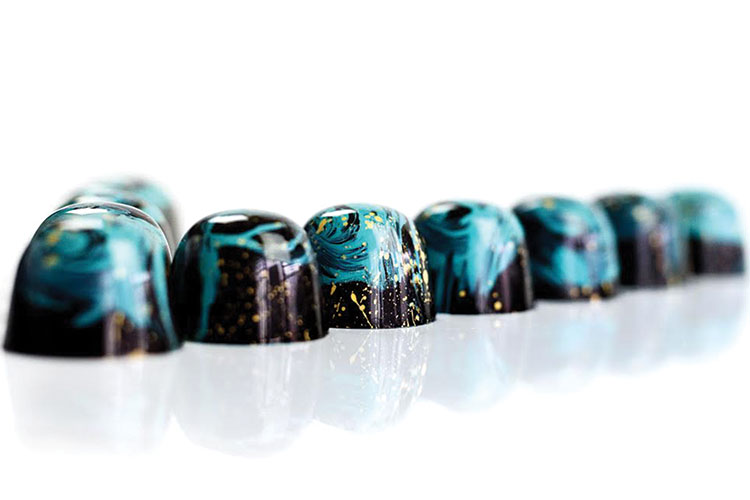 A519 CHOCOLATE
At first glance, the small objects sitting in front of you may look more akin to abstract art than candy. That’s because the chocolate truffles made by A519 Chocolate are hand-crafted and hand-painted to be edible and beautiful.

Made in the company’s production kitchen in Millvale, the truffles are sold online or by telephone orders in a variety of flavors ranging from peanut butter-pretzel to mandarin orange. The company also makes customizable truffles for large orders and has worked with clients such as the Pittsburgh Steelers and Hotel Monaco.

Want to learn what goes into the truffle-making process? A519 also offers an interactive class.  {JM} 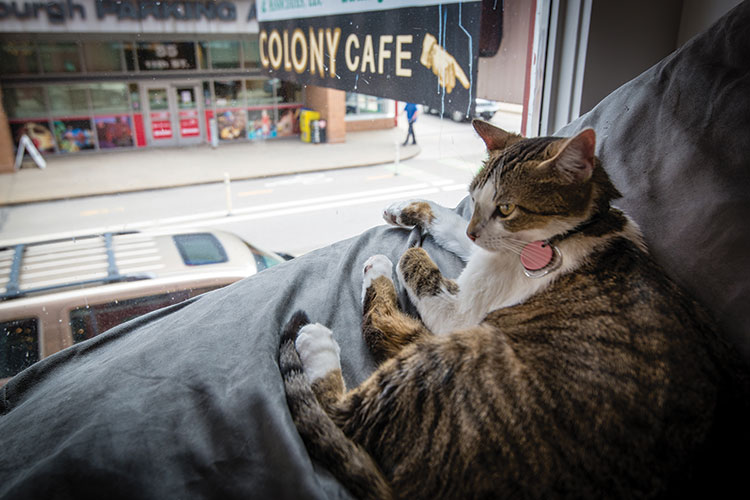 Best Place to Combine All of Your Loves

COLONY CAFE
Are felines your favorite furry friends? Do you get a kick out of coffee? Is a great glass of wine your ideal way to unwind? Colony Cafe, Pittsburgh’s premier cat cafe and wine bar, is the purr-fect place for you.

The cafe, which opened earlier this year, quickly became the cat’s meow thanks to its concept. Through a partnership with Animal Friends, the establishment features a loft where guests can snuggle with a dozen adoptable cats while enjoying their drinks. An array of munchies also is available, provided you can stop the cuddlefest long enough to grab some.  {RWL} 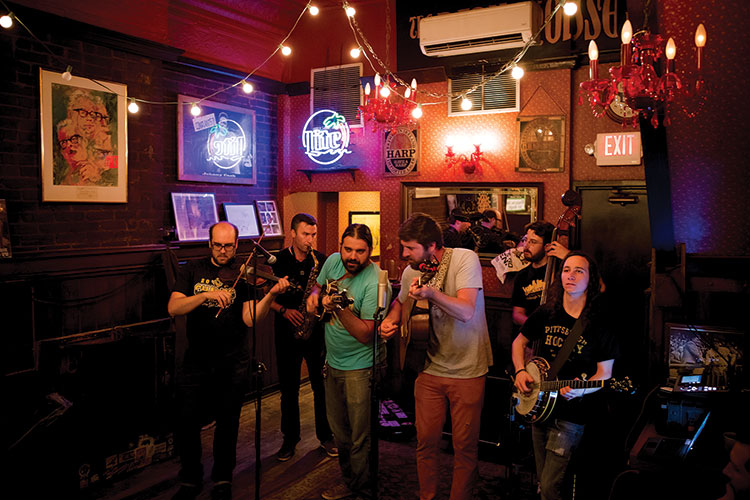 PARK HOUSE WEDNESDAY NIGHT
“I could go for a nightcap” generally means you’re looking to wind down. We suggest a different take: Instead of heading directly home from the North Side after Banjo Night, stop by The Park House (named a Pittsburgh Magazine Best Bar in February) on East Ohio Street for a round or two and make the weekly bluegrass jam featuring Shelf Life String Band a rousing finale to your day. The high-energy quintet often is joined by other talented musicians fiddling, harmonizing and foot-stomping the sound of Appalachia. You might stay out a little later than you’d intended.  {HBK}

Vote for the 2018 Best of the 'Burgh Readers Poll here.