Best of the 'Burgh: Business & Education

From a 'Burgh-based board game to a revitalized airport –– our favorites in business and education in Pittsburgh. 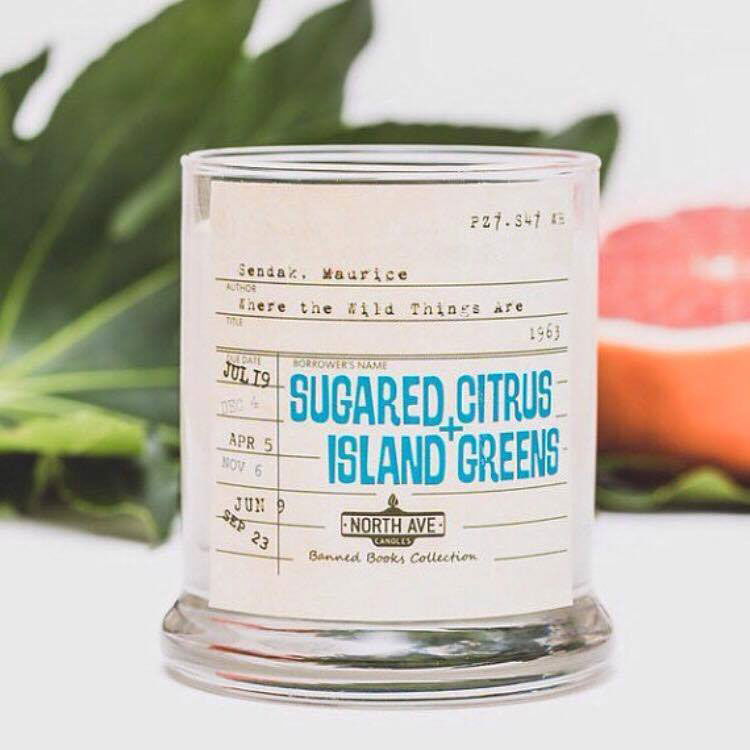 NORTH AVE. CANDLES
For those who love the scent of aged books, Amanda Fenner’s book-themed candles offer a quirky spin on the classic smell at the heart of every bibliophile’s obsession. What started a few years ago as handmade Christmas gifts have transformed into an Etsy page full of candle-ized versions of a wide range of books — from classics, such as “The Great Gatsby” (gin, juniper and daisy), to children’s stories, such as “The Wonderful Wizard of Oz” (rainbow sherbet).

The candles also can be purchased at locations around the city, including Rickert & Beagle Books, City Books, Nine Stories, Kards Unlimited and the Mattress Factory. Snuggle up and let these creations create the ambiance for your book-lover needs. {KR} 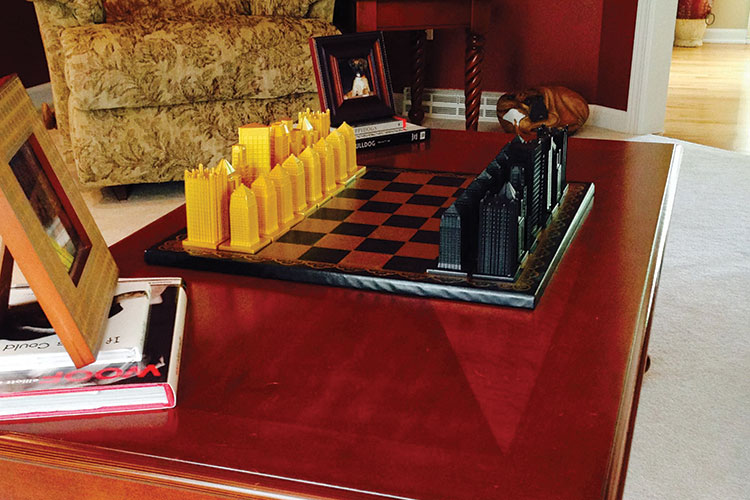 STEEL CITY CHESS
Lovers of chess and Pittsburgh architecture rejoice — the timeless game has been given a ’Burgh-related spin.

Brad Cline, creator of Steel City Chess, first had the idea to make a chess set using Pittsburgh buildings about 25 years ago and started selling them in 2015; they’re available in several local stores.

The Cathedral of Learning, the U.S. Steel Tower and the Gulf Building are just a few of the landmarks to make an appearance on the board; the set is larger than standard sets so that it can be used as a display piece in addition to your new favorite board game. {JM} 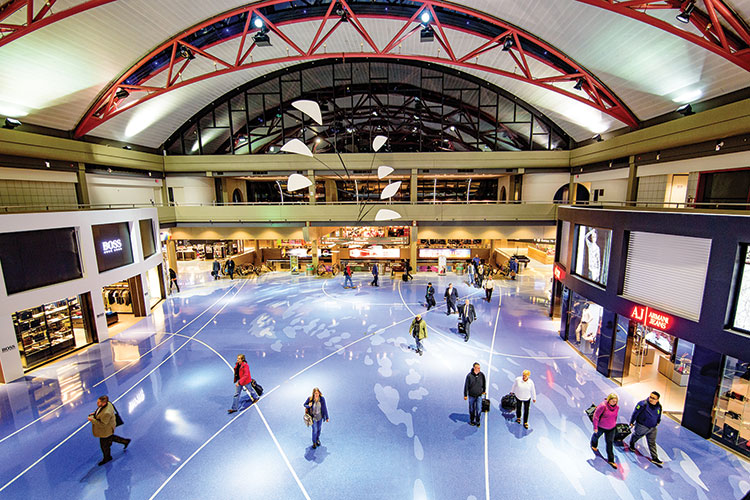 PITTSBURGH INTERNATIONAL AIRPORT
In the early 2000s, Pittsburgh International Airport made headlines due to the permanent departure of its US Airways hub. In early 2017, it was back in the news, this time heralded as Airport of the Year by Air Transport World magazine for its remarkable turnaround.

Today, Pittsburgh International serves 68 nonstop destinations, up from the 37 available in 2014. In the same time frame, it landed eight new carriers for a total of 16 — including Spirit, which began offering nonstop service to seven vacation-worthy destinations in time for the summer 2017 season. PIT also has made efforts to elevate the traveling experience with new art and cultural exhibits and regular live music performances. It’s no wonder business is on the rise — last year was the airport’s busiest since 2008 with more than 8.3 million passengers.  {RWL}

CREATIVEMORNINGS
One month it may be Heinz Endowments President Grant Oliphant in a climbing gym. The next it could be drag queen Sharon Needles at City Theatre. No matter the speaker and no matter the locale, you know you’re getting into something interesting when you attend CreativeMornings, a monthly free breakfast and lecture series that started its Pittsburgh chapter in 2012. 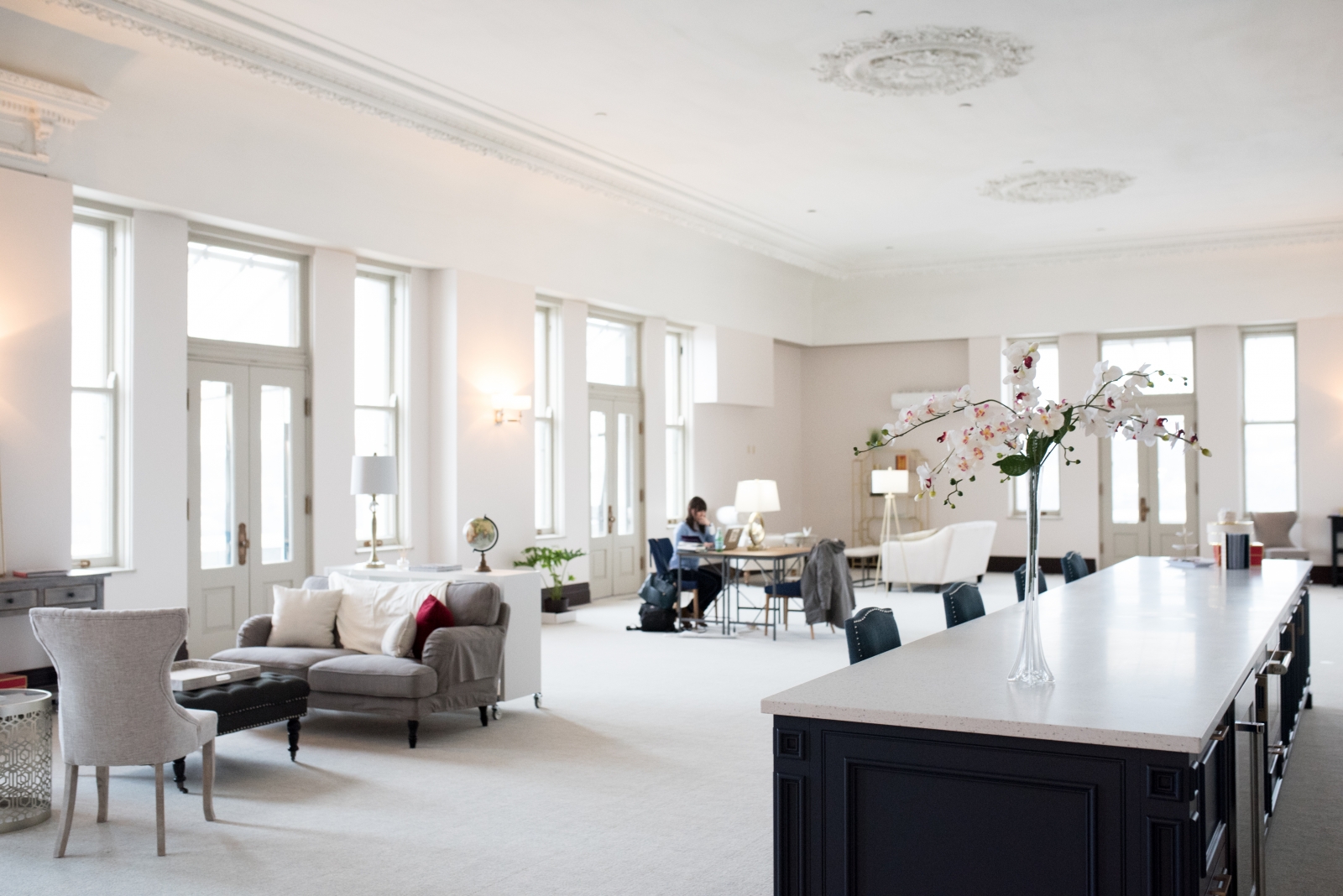 COTERIE
One of the biggest barriers to success for women in the professional world is that much of the world itself is designed for men. Coterie — a women-focused co-working company — opened its Pittsburgh office last year with an eye toward changing that.

Membership at the aesthetically luxe location Downtown — ironically the former “boy’s club” in the Frick Building — comes with everything professional women — and the occasional “polished professional” man — need to advance: access to conference rooms and collaborative spaces, networking events, and even a personal concierge service. And while the “hyper-niche-focused” atmosphere might seem a little elite, a percentage of the company’s profits will go toward membership scholarships and investments into women-owned businesses, whatever it takes to give women a boost up on their way to shattering that glass ceiling.  {CG} 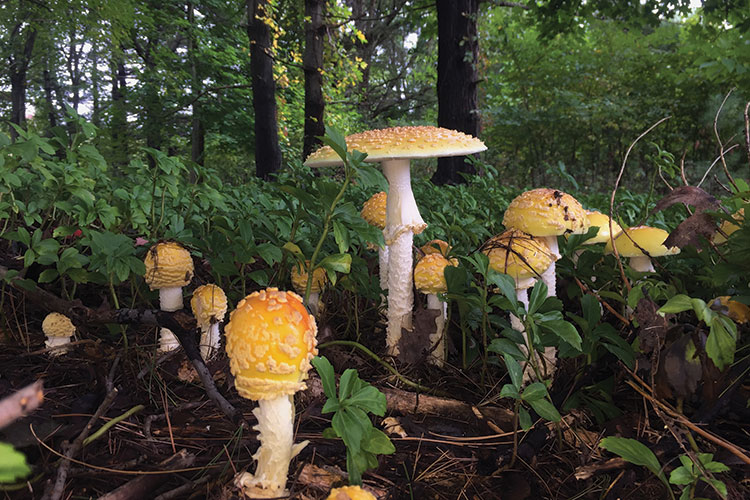 Best Place for Fun With Fungi

WESTERN PENNSYLVANIA MUSHROOM CLUB
The Western Pennsylvania Mushroom Club’s slogan is “Fungi, fun and friends!” and it aims to provide its members with all three. The club was founded in 2000 to promote the enjoyment and study of wild mushrooms; it holds forays, walks, meetings and classes, and members attend out-of-state events. With more than 30 walks and forays scheduled this year in places such as Presque Isle State Park and Dead Man’s Hollow, the club has plenty to offer its more than 600 members.  {JM}