Best of the Burgh: Blast to the Past with @vintagepgh

With more than 10,000 followers, Felix Strater’s account shows that locals can’t get enough of the back-then ‘Burgh. 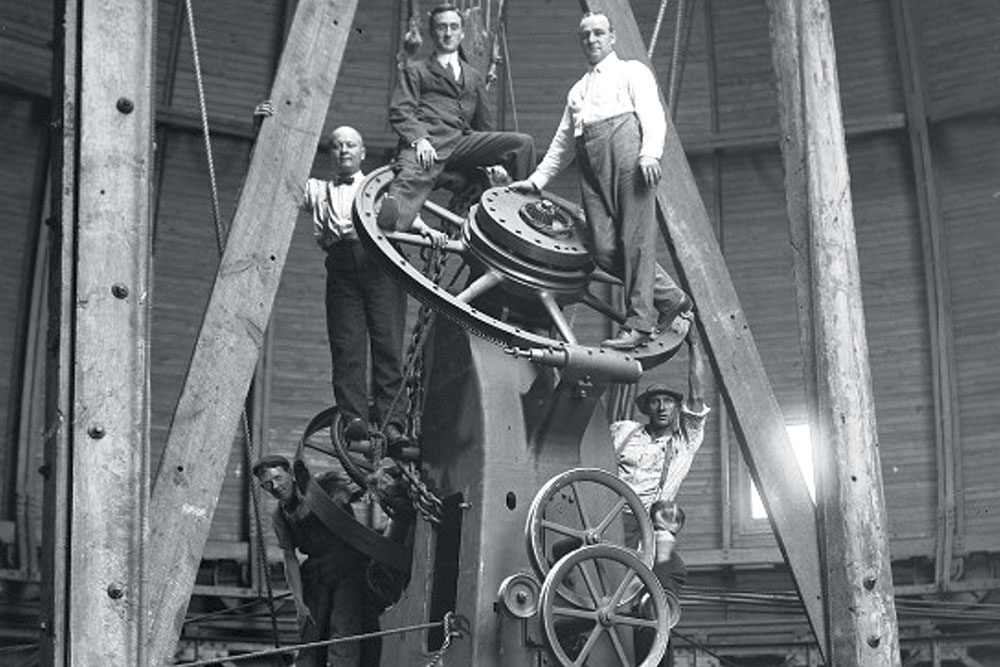 THE THAW TELESCOPE, DESIGNED AND BUILT BY THE BRASHEAR OPTICAL COMPANY IN 1912, WAS INSTALLED AT THE ALLEGHENY OBSERVATORY IN 1914|PHOTO COURTESY PITT ARCHIVES

Many people look to their camera roll for their next Instagram post; Felix Strater looks to archives and libraries.

“Pitt’s archives have a lot of great resources, like Historic Pittsburgh, which is archives for the whole city, not just Pitt,” he says. “I’m looking around and working with other similar accounts to try to find some other good resources, like the Library of Congress.”

Strater is the owner of @vintagepgh, an Instagram account dedicated to showcasing old photos of Pittsburgh. With photos spanning from the 1940s to the last few days of Pitt stadium in the 1990s, @vintagepgh blends the past with the present by curating and presenting archival material that followers can view on social media whenever they choose.

Strater — a 2019 Pitt grad and current Oakland resident — started the account in July 2018 under the handle @vintagepitt, focusing on old photos of the University of Pittsburgh’s campus and surrounding Oakland neighborhood as a personal project after noticing the lack of similar accounts.

“It just grew from there,” he says.

As the @vintagepgh account grew to the thousands over two years, Strater realized that his account needed a brand change. He turned to his audience to see where he should go next.

“Just to test the waters, I did a lot of polls on Instagram to kind of see, because 80 percent of my followers are college students,” he says. “I wasn’t sure how much of the audience would transfer over.”

According to him, despite the mixed results of his polling, his followers are happy with the change, which he announced at the end of May.

“I was expecting to lose, like, hundreds of followers, but I only ended up losing about 100,” he says.

And, shifting to @vintagepgh is a better move for the brand’s future, which includes selling prints and merchandise. With Pitt’s copyrights and trademarks, the legal hurdles would make that goal less achievable.

“It’s just a bigger audience for Pittsburgh in general,” he says. “I don’t need to focus on looking at Pitt’s old logos that are all trademarked. I can expand a little further to make it a little easier on myself.”

Strater has already started on the first steps of this goal — he’s bought a web domain for @vintagepgh, is selling stickers and talking to printers about T-shirts and other merchandise. And, he has even bigger plans.

“Maybe someday in the future, a couple years from now, [I’d like to] even open up a little store. That would be awesome,” he says.

Like those who are new to the city finding the hidden gems we’ve all come to love, according to Strater, it will take some exploration to see what Steel City classics resonate with his followers.

“I think for all Pitt students, seeing Pitt-related content, like photos of streets in Oakland, that’s really cool,” he says. “It’s going to take some time for me to kind of figure out what hits and what misses for the greater city of Pittsburgh.”

Best Nearby Destinations to Get Your Dog Off-Leash