Best of the 'Burgh 2016: Activities & Experiences

Our editors' FRESH TAKES on our favorite Pittsburgh things, including the best place to take a dip with your dog and a restored lotus pond. 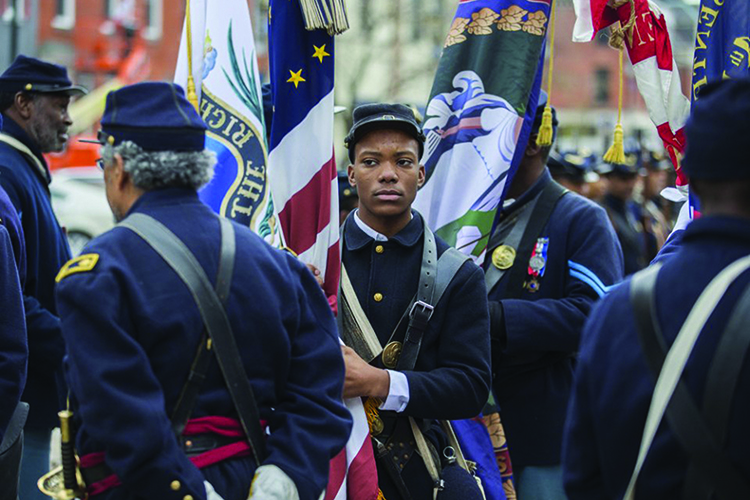 Best Way to Honor an Abolitionist

Martin B. Delany festival, Pittsburgh’s Juneteenth celebration
Pittsburgh-based Stop the Violence has commemorated local abolitionist Martin R. Delany during the group’s annual Juneteenth Celebration for three years. Delany, who was born in Virginia to an enslaved father and free mother, made a name for himself in Pittsburgh as a newspaper publisher and doctor (he treated patients during the cholera outbreak in 1832 and was one of the first African-American graduates of Harvard Medical School). The festival highlights a re-enactment of the 1870 Jubilee of Freemen Parade, which celebrated the ratification of the 15th Amendment granting African-American men the right to vote, and includes motivational speakers, jazz artists and other festivities. —KP 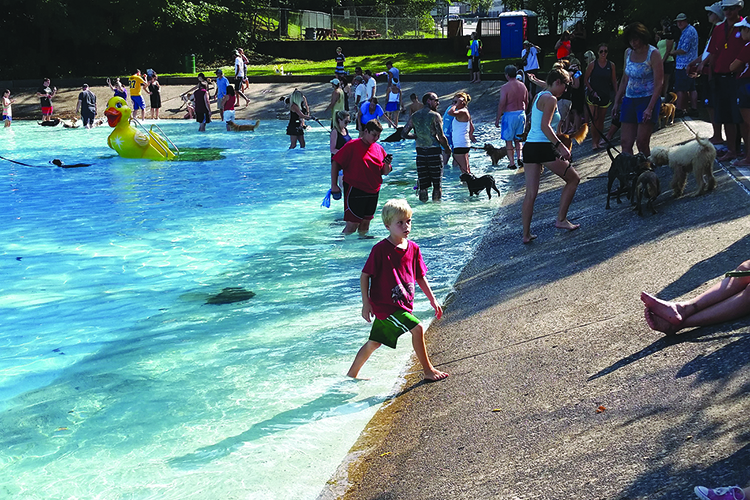 Best Place to Take a Dip with Your Dog

Dormont Pool on Labor Day
Few public pools measure up to the one in Dormont, thanks to its slide, water-volleyball net and depths of up to 9 feet. The pool boasts a large shallow end and waterfall-producing mushroom for kids, separate lanes for lap swimming and lots of grass for tanning and relaxing. In fact, the Dormont pool is so large that you can bring your rafts — and, on one day each year, your pets. Visit the pool on Labor Day, and for a fee (proceeds benefit the Western Pennsylvania Humane Society) you can take a dip with Fido. —BT 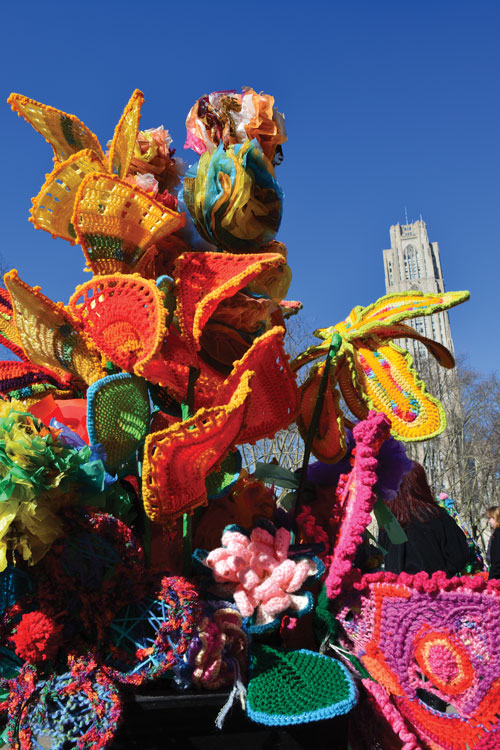 Pop des Fleurs-February and March
A couple of months before April showers bring May flowers, Pop des Fleurs brings flowers to Pittsburgh. The art installation, featuring flowers made from acrylic yarn and other fiber arts materials, pops up in February and remains in place through March at various sites throughout the city. Pops des Fleurs, conceived by a member of the Fiberarts Guild of Pittsburgh, is meant to brighten up Pittsburgh’s grey winter with pops of color and craft. —BT 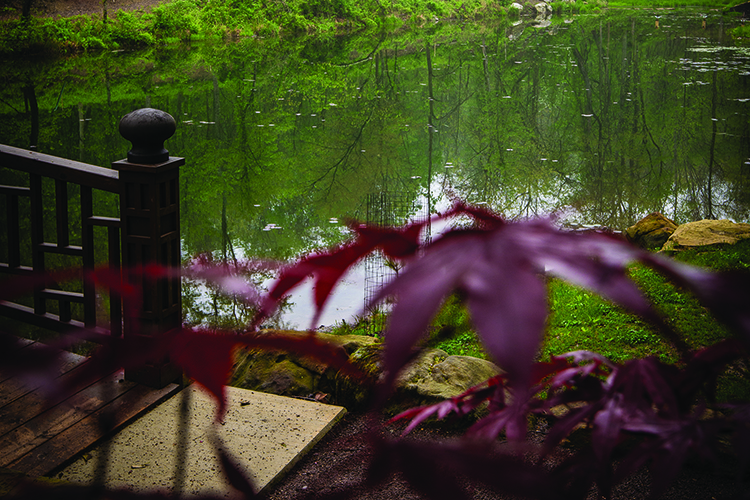 Lotus Pond at the Pittsburgh Botanic Garden
When strolling by the Asian Woodlands lotus pond at the Pittsburgh Botanic Garden, you would never guess that three years ago, the pond’s acidity level was similar to that of vinegar. Residue from a nearby abandoned coal mine contaminated the pond until the implementation of a water-treatment system in 2013 improved the pH to a life-sustaining level. The pond now boasts an entire freshwater ecosystem and teems with trout and frogs. —TM 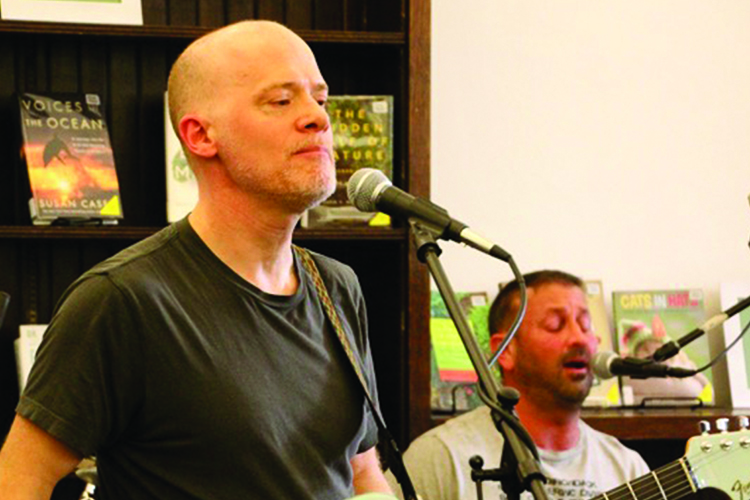 Best Warmup to the Big Game

WYEP’s Alternative Souper Bowl at Carnegie
A library doesn’t seem like a happening place to be on Super Bowl Sunday. But shelve your skepticism and check out WYEP’s Alternative Souper Bowl. (It runs from noon to 3 p.m., so you can get home in time to catch the big game.) This weatherproof party offers music provided by local bands, and on-air hosts conduct interviews on-site. It’s free, but revelers are asked to bring a can of soup or other nonperishable food items to benefit HEARTH, which provides shelter and services to families experiencing homelessness and fleeing domestic violence. —MM 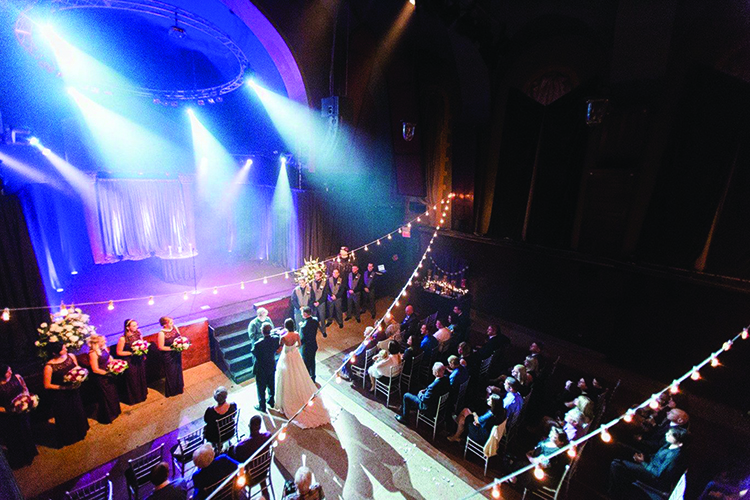 Mr. Smalls
While some may best know Mr. Smalls as a place to catch a favorite band in concert, it’s also making a name for itself as a wedding venue. The desanctified, repurposed former 18th-century Catholic Church in Millvale holds up to 210 guests in its two-tiered theatre, which is transformed after the ceremony into a reception space while guests enjoy a cocktail hour in the Funhouse Bar & Restaurant. Couples can use stage lights to match colors of their theme and enhance the atmosphere. —TM 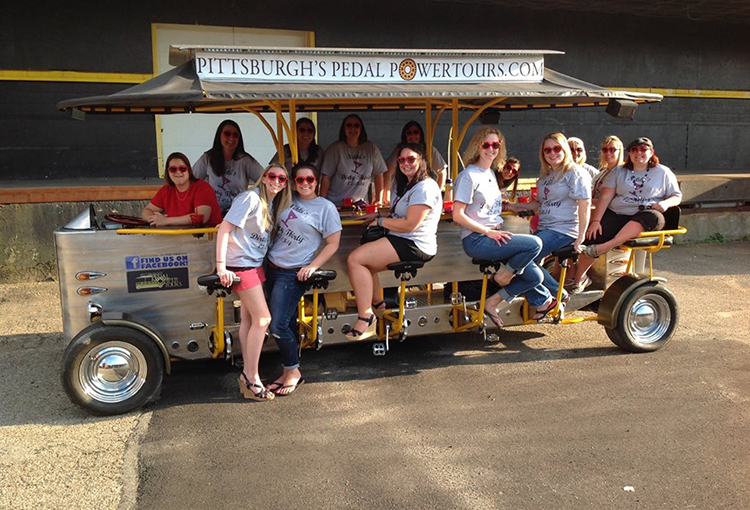 Pedal Power Tours
What’s the best way to get some exercise while also enjoying an alcoholic beverage? It’s not a trick question — Pedal Power Tours give you and your friends a way to pedal around the city while knocking back a few cold ones. There’s a variety of tours to choose from, and up to 14 people can ride at a time, not including the provided (sober) driver and entertainer. Bonus — the cart has a motor in case any of the pedalers aren’t doing their fair share of the work. —JM

Bob’s Garage
Mix one part neighborhood bar and one part karaoke joint, shake it in a multicolored flotilla of twinkle lights and holiday decorations, and you have Bob’s Garage, one of the most festive bars around. Owner Bob Paganico and his crew decorate with an over-the-top display featuring thousands of lights, ornaments and other illuminations that change with the seasons and peak at Christmastime with an outrageous exhibition of colors. Karaoke — which currently runs Wednesdays, Fridays and Saturdays — adds to the fun; it’s a warm mix of local regulars and city-dwellers who decided to head up the Allegheny for the best light show in town. —HBK 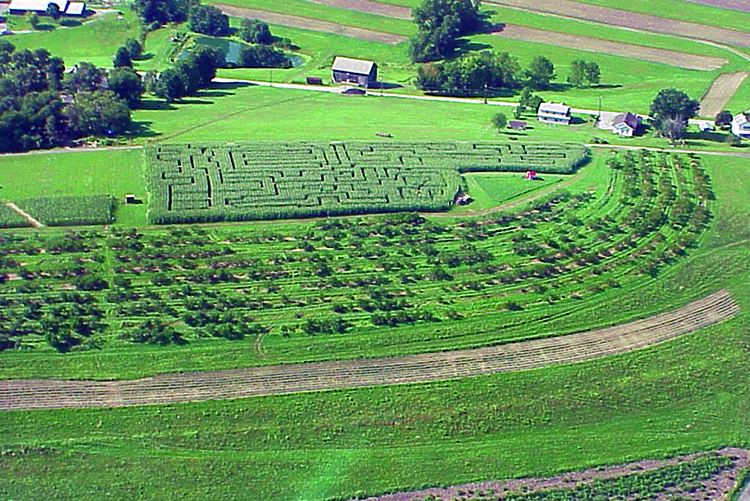 Best Ways to Make Trax for a Cornstalk Maze

The 2.5-acre labyrinth at Trax Farms in Union Township, Washington County
Leave the GPS in the car and challenge your direction-solving skills at the legendary labyrinth at Trax Farms. Head into the more-than-2-acre maze of maize and maneuver your way through the 8-foot-high stalks — the maze is formed into a different configuration every year. It’s open from the end of September until Halloween and coincides with the farm’s annual Fall Festival in October. Other attractions include hay rides, a pick-your-own pumpkin patch, kids’ activities and food. —MM 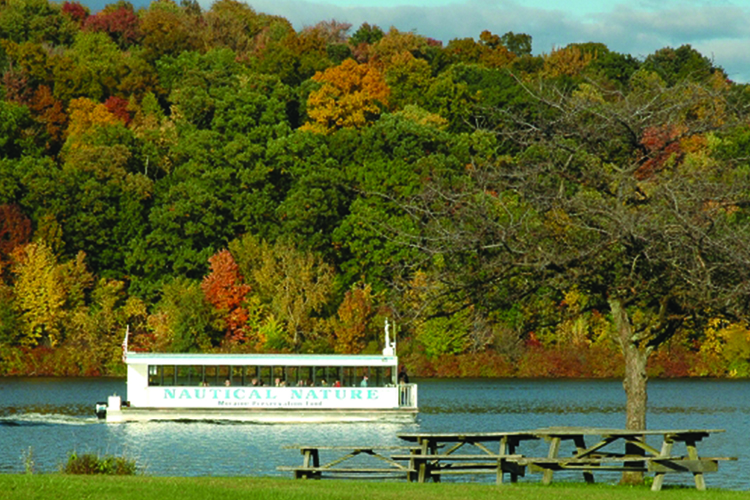 Best Place for a Cruise Not on a River

Nautical Nature Cruises on Lake Arthur, Moraine State Park
Rollin’ on the rivers rocks, but how about a cruise on a lake to float your boat? We’re talking about the Moraine Preservation Fund’s 37-passenger enclosed pontoon boat, Nautical Nature, which weighs anchor during the summer and fall for excursions on Lake Arthur at Moraine State Park. Glide through the gentle waves of this 3,225-acre body of water, learn its history and geology and maybe catch a glimpse of a bald eagle, great blue heron or osprey. Special options (reservations required) include dinner cruises, pizza-party cruises and fall-foliage cruises. —MM 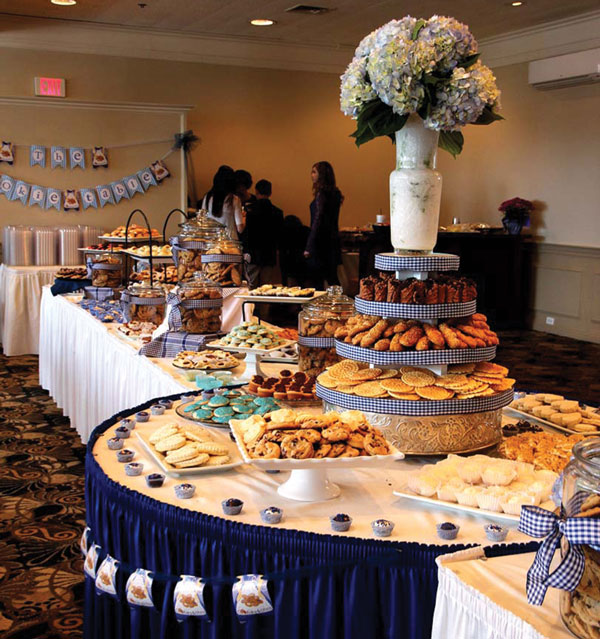 CookiesforChris fundraiser
Two years after Pittsburgh native Christine Antonelli Sapienza lost her battle with colon cancer in 2009, her family and friends created Cookies4Chris. Sapienza enjoyed baking for weddings, and organizers wanted to honor her memory in true Pittsburgh fashion, says Marietta Barrett, Cookies4Chris co-chair and Sapienza’s sister-in-law. Now hosted by the national nonprofit organization Colon Cancer Alliance, Cookies4Chris features tables upon tables of cookies baked by friends and family or donated by local bakeries. The sixth annual event on April 3 raised more than $37,000, a portion of which will be donated to the University of Pittsburgh Cancer Institute to support colon cancer research. —TM