In this world, only three things are certain: death, taxes and people on the internet making memes about nearly everything. The past few years have given Pittsburghers plenty of material to work with. 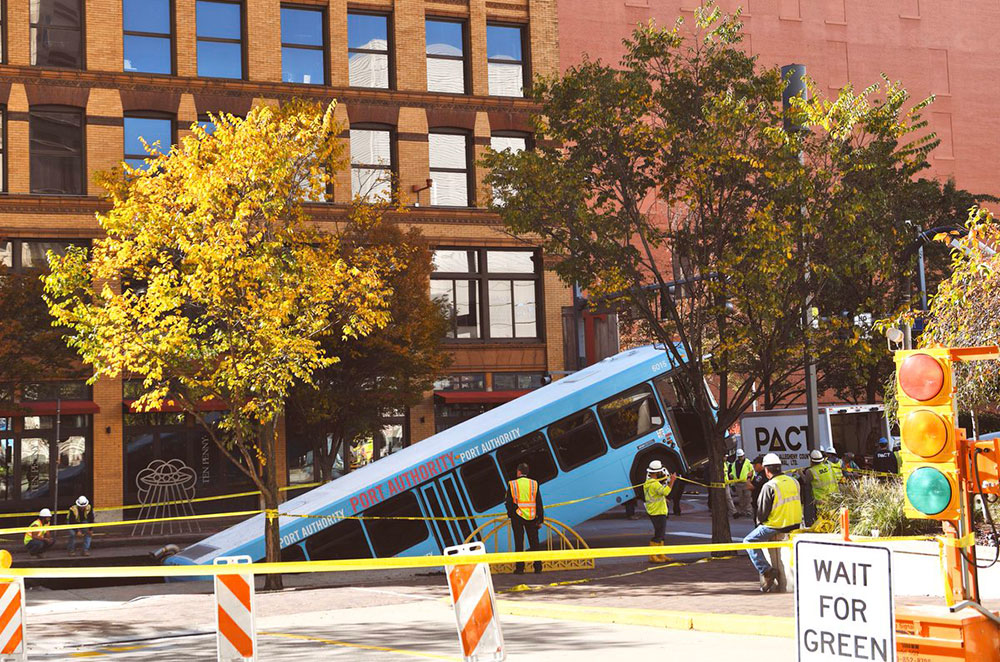 1.  The Sinkhole Bus.
By now, it’s the stuff of Pittsburgh legend: the Port Authority bus that fell into a sinkhole at 10th Street and Penn Avenue, Downtown, in October 2019. Almost immediately, “the sinkhole bus” became one of the biggest inside jokes in Pittsburgh. The image of a Port Authority bus sticking out of a hole in the street inspired many Halloween costumes, a display at Phipps Conservatory and (of course) some great memes — even Port Authority got in on the joke. 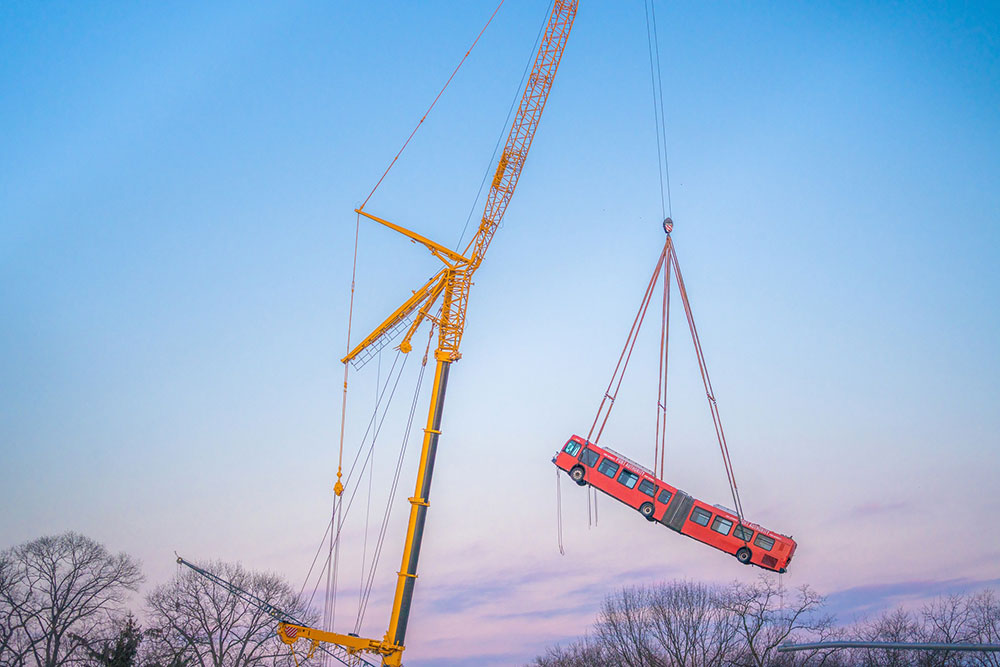 2. The Fern Hollow Bridge’s Flying Bus.
The sinkhole bus wasn’t the last of Port Authority’s headaches. On Jan. 28, hours before President Joe Biden was set to give a speech in Pittsburgh about his infrastructure plan, the Fern Hollow Bridge collapsed. One bus and four passenger vehicles were on the bridge and 10 people were injured. Many Pittsburghers immediately pointed out the irony of the Fern Hollow Bridge collapsing right before a presidential visit about infrastructure, but the best memes came a few days later when the bus was lifted from the ravine. The bizarre image of a Port Authority bus being lifted into the air by a crane inspired countless memes.

3. An Eagle Escapes the Aviary.
For one week last fall, Big Bird wasn’t just on our TV screens. An enormous Steller’s sea eagle named Kodiak escaped the National Aviary in the North Side on Sept. 25. Kodiak mostly roamed the North Side before flying farther north, where he was safely captured in Pine eight days later. Yinzers online quickly called out the appropriateness of a “giant eagle” taking over the streets of Pittsburgh — Kodiak even earned a shoutout from the supermarket chain itself once the bird had been returned to the National Aviary. “From one big bird to another, welcome home Kodiak!” Giant Eagle tweeted.

Best Activities for Kids in Pittsburgh with Mobility Impairments