It’s true that the Golden Triangle is uniquely scenic, and it’s also true Pittsburgh has played an outsized role in the nation’s history. But while our pride is justifiable, it also can make locals a bit too gullible, particularly with these stubborn urban myths. 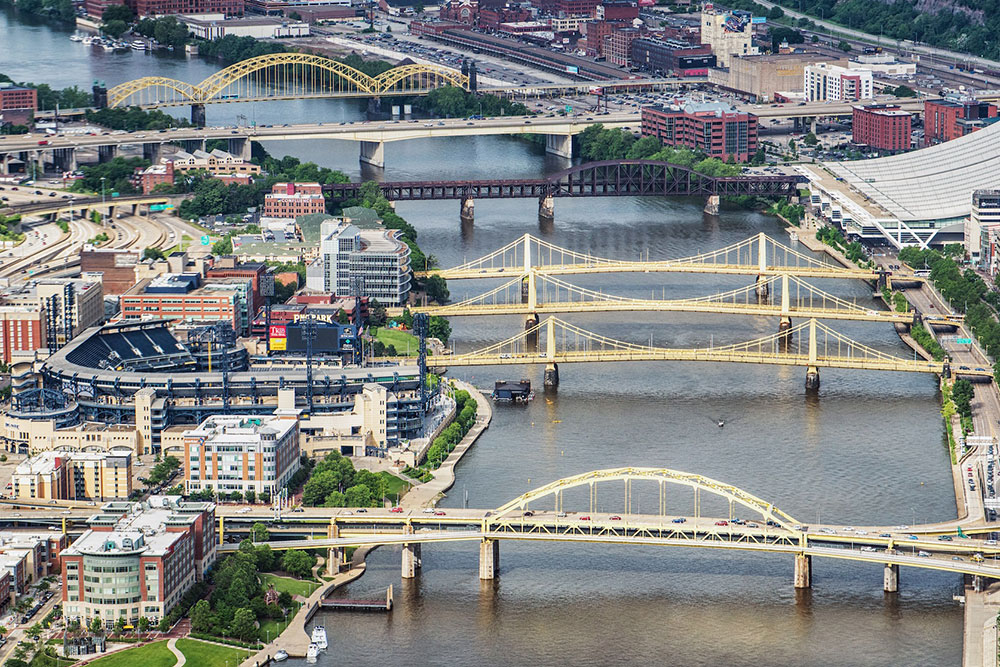 1. Some Bridges Too Far.
For more than a century, Pittsburghers have boasted of having more bridges in their city than any other in the world. But as Pittsburgh Magazine revealed earlier this year, this claim collapses under scrutiny. Houston has almost eight times as many road bridges as Pittsburgh, though most of theirs don’t cross a river. (Most of ours don’t either.) Focusing only on spans across navigable waterways, New York City clearly exceeds Pittsburgh’s tally of 28 — pull up some Google maps and see for yourself. Venice? Fuhgeddaboudit, not even close. Even Paris has 37 spans over the storied Seine, and that’s spotting us two rivers. Luckily, they went with “City of Lights.”

2. The Nile and the Mon.
You may have heard that the only two rivers that flow north are the Nile and the Monongahela. Jaguars fans down in Jacksonville say the same thing about the Nile and the St. Johns River, and you know what we call those … jags. Our New York neighbors have the Oswego, the Niagara and the Genesee; West Virginia’s stunning New River Gorge Bridge spans a northerly river too. Need bigger waters? How about the Rhine? About half of the tributaries feeding the Amazon flow north too. The Mackenzie, Canada’s answer to the Mississippi, empties north into the Arctic Ocean, as do the Lena, Ob and Yenisey in Siberia.

3. Henry Clay Frick’s Outdoor Toilet.
A ferocious feud between Andrew Carnegie and Henry Clay Frick inspired the latter to erect a skyscraper next door to Carnegie’s to block out the sunlight. Some have claimed Frick stated his intention to relieve himself on his rival’s office block. But Frick’s tower was not only taller but wider, and his private bathroom (which is still preserved) was too far from the Carnegie Building (long-demolished) for such a feat to be possible — even with the aid of a six-pack. Besides, Carnegie sold the company before Frick moved in. As the first local offices for U.S. Steel, the Frick and Carnegie buildings were soon bridged by aerial walkways — but not by any sparkling streams of vengeance.

Best Pittsburgh-Area Coffee Shops Where You Can Work From Home